Sophie, Countess of Wessex and Prince Edward married in Windsor Castle more than 20 years ago. The couple now have two children, Lady Louise Windsor, 17, and James Viscount Severn, 13. An expert has commented on the royal’s parenting techniques.

However, like the Cambridge’s, Sophie and Prince Edward have decided to implement more modern techniques into their parenting.

This includes showing some affection towards their children in public as well as keeping them close.

Although Sophie and Edward’s children are now teenagers, the couple still use certain parenting techniques. 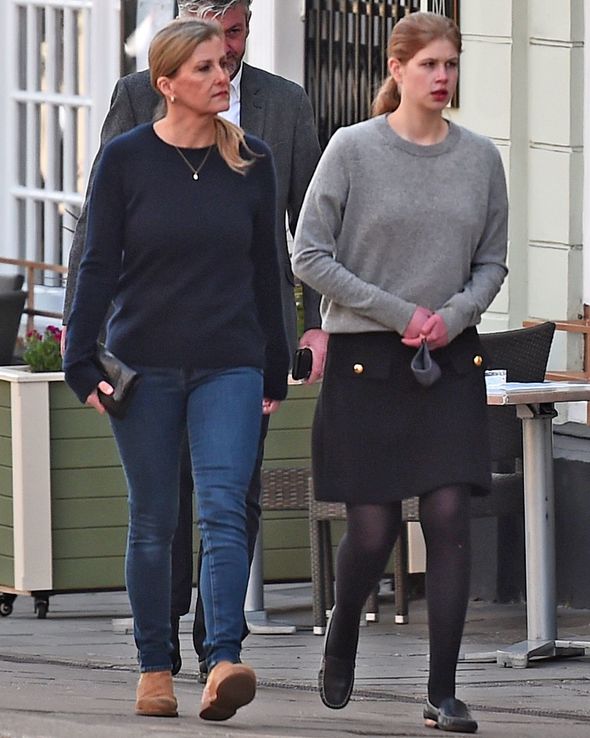 “Second, due to the high demand for attention from Sophie by others, children can become very frustrated when they don’t have their parents’ attention.

“A loving way to combat that is through physical touch.”

The family live a quite private life, living in their Bagshot Park home.

However, due to the senior roles that Sophie and Edward have in the Royal Family, the children will occasionally be seen out and about with their parents.

The expert added: “When a parent wants to show their child that they are listening to them and in the present moment, acknowledging them with a gentle touch can prevent a meltdown and reassure that you hear them.”

On several occasions, Sophie can be seen gently touching Lady Louise’s back. 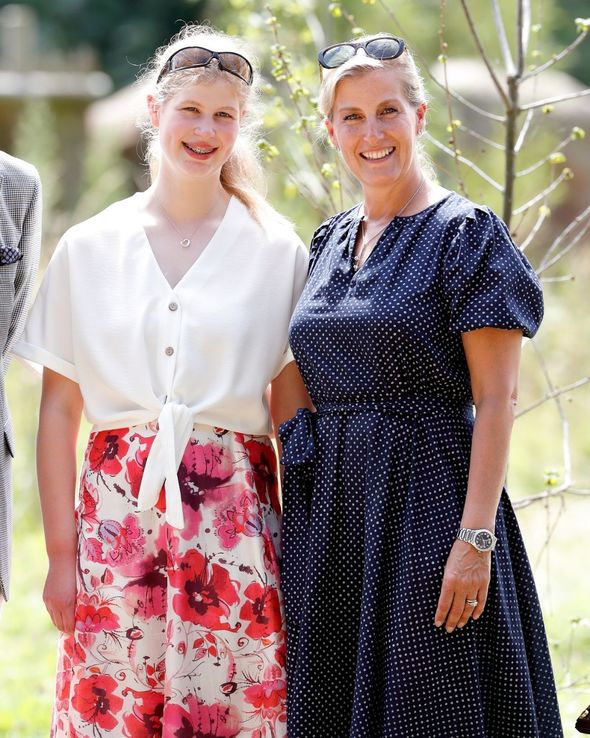 Jasmine went on: “When out in public, hand gestures are a perfect way to communicate without bringing unwanted attention to oneself or the situation.

“Whether it be redirecting behaviour, getting their attention, or a quick expression of love, hand gestures are the silent go to.

“Keeping her kids close is also a mama bear gesture. Anyone observing this may want to think twice before they decide to approach her children.

“It’s also to remind them to pay attention, be on good behaviour and to not go too far from her.

“There is no such thing as perfect parenting, but in my book, Sophie is doing everything an attentive and loving mother would do when she has her children out in public with her.”

Body language expert Judi James added that Sophie’s body language when she is around her children suggests she is “very proud” but “subtly protective” over them.

She said: “Sophie always looks energetic and jolly in a family group, often walking slightly ahead with an air of upbeat determination that should make her a role model for both her husband and her children.

“There are no signs of any fussing or anxiety and although she would be more tactile when they were younger, as the children have grown bigger she seems keen to allow them to be treated more as adults, joining in any fun like one of them.”

The family were last seen out as a four when they attended Prince Philip’s funeral back in April.

They were also seen participating in the Great British Beach Clean on Southsea beach last year, where Sophie was also seen showing her children subtle signs of affection.