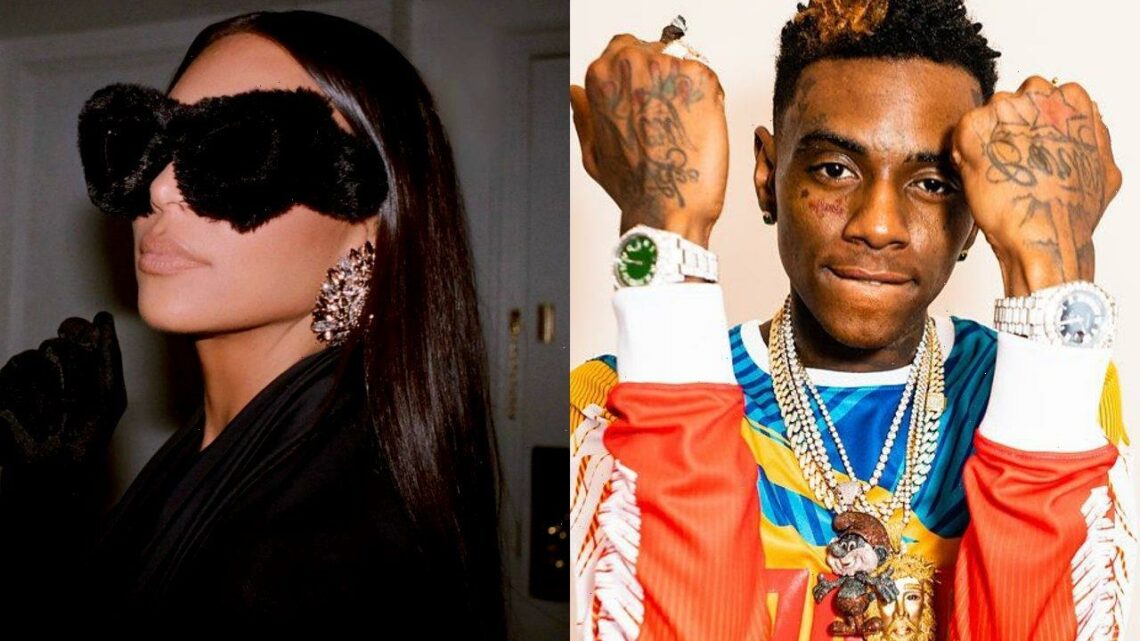 Seemingly impressed with the former ‘Keeping Up with the Kardashians’ star’s ‘Lyrical Venom’ spits, the ‘Pretty Boy Swag’ rapper compliments her skills by leaving a fire emoji.

AceShowbiz –Soulja Boy has praised Kim Kardashian‘s rap skills. The “Rick & Morty” rapper was left impressed with the former “Keeping Up with the Kardashians” star’s “Lyrical Venom” song, which was debuted during her “Saturday Night Live” performance.

On Thursday, October 21, DJ Akademiks shared a behind-the-scenes clip of Kim doing the rap in a recording studio. “Y’all ready for the lyrical venom #kimkardashian spittin?” he captioned his post. In the comment section, Soulja could be seen complimenting the 41-year-old reality star’s skills by leaving a fire emoji.

In the video, Kim raps, “I know you little girls ain’t laughin’ at me, for your information, I wasn’t asleep.” She continues, “I was resting my eyes, why you worried about me? But now I’m wide awake.”

Back in June, Soulja, whose real name is DeAndre Cortez Way, appeared to shoot his shot with Kim as he thirsted over the SKIMS founder’s sexy tennis photos. Responding to the TV reality star’s cheeky caption that read, “Tennis anyone?!” he wrote, “I wanna play.”

Soulja’s flirty response drew mixed responses from Instagram users, with one seeing the humorous side of him, “SOULJA IS FUNNYYYY AF.” Another reacted, “She gonna break that boy body he can’t handle all that.”

Some others expressed strong disapproval as one exclaimed, “Boy, Kim don’t want you.” Another stressed, “Hell naw he gone tell KIM HE STARTED THE KARDASHIANS NOOOOO.” Someone else even mocked him, “Kim just looked at his tweet and said, Eewwww!!! AS IF!!!”

In the same month, Soulja left his mark on Kim’s Instagram post, in which she shared a photo of herself rocking a black skimpy bikini by the pool while soaking up the sun. The “Crank That (Soulja Boy)” hitmaker simply commented on the pic with a sun emoji.

Then in August, Soulja called out Kanye West and claimed that he was the “first rapper with Kim Kardashian.” Alongside a photo of him standing next to Kim, Soulja wrote, “Kanye ol pickle head ass. Bruh u lame as f**k @kanyewest on God. I might diss u everyday for the rest of my life how I’m feeling @kanyewest. I was the first rapper wit @KimKardashian not u [winking face] @kanyewest. I wanna fight. Do u know how to fight? @kanyewest I feel like u a h*e. Let’s get in the ring?”

JoJo Siwa’s Breakup With Kylie Prew Had ‘Nothing To Do’ With Her DWTS Partner?!