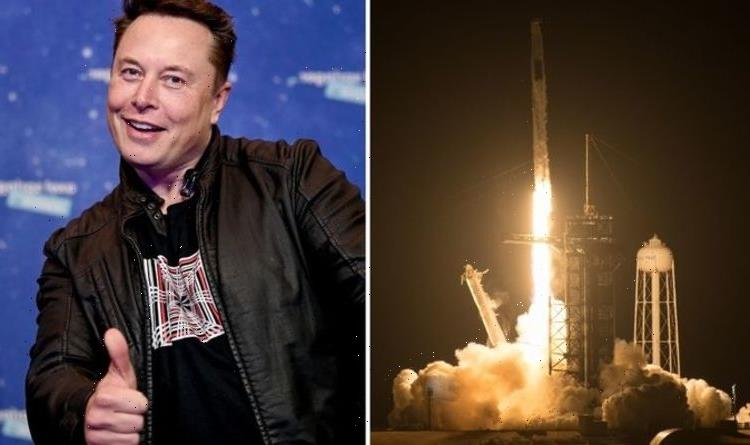 SpaceX has been preparing to send a full Starship system into orbit for the first time – the SN20. The space agency has now filed a flight plan with the Federal Communications Commission (FCC) – hinting that a launch is close.

SN20 will be the next Starship launched into orbit, after the success of SN15.

It was the first SpaceX rocket to launch, reach an altitude of 32,000 ft, and then return to Earth landing in one piece.

SN8, SN9, SN10 and SN11 all attempted the same feet previously, but ended up crash landing in spectacular fashion.

The space agency’s plan is to find a way of successfully landing rockets so they can be used for commercial travel into space.

After the successful May 5 launch, fans have been eagerly awaiting news of the next mission.

Now, SpaceX has gone one step further, and attached the Super Heavy Booster to Starship SN20.

The booster, named the BN4 prototype, reaches 230ft in height, meaning the full Starship will be almost 400ft combined.

It’s still being built, but final completion is due to finish very shortly.

Will Starship SN20 launch this week?

If SpaceX is to launch SN20 this week, there would need to be road closures and temporary flight restrictions (TFRs) in Cameron County – where the Boca Chica launch facility is based.

The roads need to be closed in case of falling debris, which may occur if the rocket explodes while in mid-air.

There are some road closures in place for the week of July 12, on Monday, Tuesday, Wednesday and Thursday.

The current beach and road closures run from 12-8pm on Monday, and 12-10pm on Tuesday, Wednesday and Thursday.

However, there are currently no flights planned around the area for this week.

That means it’s unlikely the SN20 will be launching this week.

However, it’s not uncommon for TFRs or road closures to be announced at relatively short notice.

SpaceX will almost certainly be constantly monitoring the situation, as SN20 looks set for its first mission.

But, it’s more likely that SN20 will be launched at the start of next month – at the earliest.

Space is yet to confirm when the prototype will be launched, but it usually waits until the last minute to reveal its plans.

Construction is expected to finish at the end of July, however.

Following the launch, the Starship is expected to make a “soft ocean landing”, according to the FCC filing.