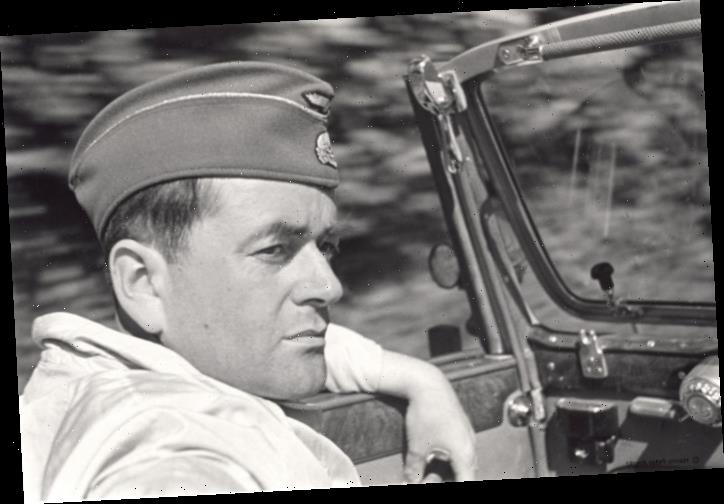 A rather pedestrian presentation of a potentially fascinating story, Vanessa Lapa’s “Speer Goes to Hollywood” expands on a little-known footnote to the Hydra-headed history of the post-war fates of top Nazi lieutenants. It is based on the 1972 recordings of conversations between Albert Speer, Hitler’s architect, friend and wartime munitions minister, and screenwriter Andrew Birkin (the Kubrick protegé who co-wrote “The Name of the Rose” and directed “The Cement Garden”) as they collaborate on a screenplay based on Speer’s memoir “Inside the Third Reich.” But Lapa’s embellished archival doc falls some way short of the cinephile/history lover’s catnip that tantalizing summation promises.

For one thing, here Speer does not, in fact, go to Hollywood. The conversations were recorded in the Heidelberg home where he lived following his release from prison after serving the 20-year sentence handed down at the Nuremberg trials. That Speer did not hang when many of his erstwhile Nazi colleagues and even subordinates received the death penalty is testament enough to the man’s slippery instinct for self-preservation; that he went on to a post-release life of respectability and even celebrity as the living oxymoron that is a “Good Nazi” is a retroactively jaw-dropping fact that surely has much to tell us about our own current moment of misinformation, manipulation and media-assisted mythmaking.

But several choices on Lapa’s part — some unavoidable, some not — detract from the film’s potentially enlightening impact. Firstly, presumably due to the degradation of the original tapes, the voices we hear for the majority of the film are not Speer’s or Birkin’s, but those of voice actors (Anno Koehler and Jeremy Portnoi respectively) reading excerpts from the transcripts. The stiltedness of these performances, alternating between Koehler’s fastidiously German-accented English and Portnoi’s rock-star London drawl, already puts us at a theatrical remove from what should feel like spontaneous dialogue. And with the voices recorded against silence, occasional interruptions, such as when Speer’s wife (Kornelia Boje) calls them in for lunch, just sound awkward.

The sound in general is a bit of a problem here. The superb job Lapa has done at unearthing previously little-seen footage of Third Reich-era Speer is undercut by the painstaking but pointless addition of sound effects — train whistles, car engines, paper rustles. This over-foleyed technique also rendered Lapa’s last film, a biodoc about Heinrich Himmler, unnecessarily plodding — quite literally, given the baffling insistence on adding footstep noises to clearly silent footage of people walking.

Despite these formal frustrations, a hazy picture of Speer’s quite infuriating ability to obscure, evade or massage the truth, the better to build a picture of duped regretful decency rather than fully complicit opportunism does emerge. The script, which was to have been produced at Paramount and for which Birkin and Speer fantasy-cast Donald Pleasance as Hitler, gives rise to multiple instances of Speer contradicting himself. Was he or wasn’t he at the rally where Himmler delivered his infamous speech announcing the intention to systematically annihilate the Jewish race? “Would it be better for the movie if I was?” he asks blandly in reply. He prevaricates about whether he actually did plot to kill Hitler. He fluffs over exactly how much he knew about the impending genocide. He insists that his subordinates acted barbarically without his personal knowledge. It all smacks of a self-serving sophistry that Birkin never fully calls him on.

Not that that was Birkin’s role, but that’s another of the blank spaces in Lapa’s film: Birkin himself. What was his motivation for writing the script? What picture did he, outside of these conversations, want to paint of Speer, a man of bourgeois erudition, who references Mephisto and Malraux and and who sighs about wanting “a normal life”; who boasts of having 12 million forced laborers at his disposal at the height of his power, yet claims ignorance of the grotesquely high proportion of them who were worked to death?

We can’t know, because the biggest blank is the actual text the two are discussing: the script, to which Lapa appears to have had no access. So a little like the fable of the blind men describing an elephant, all we have are clashing opinions of it: Speer believed it a “masterpiece”; Carol Reed (who was tentatively circling) called it a “whitewash”; Kubrick, who was interested early on before bailing, reportedly read it as a love story between Hitler and Speer.

That’s the hole at the film’s center into which you wish you could reach to drag Speer out through time by the lapels to face a reckoning. That’s never going to happen, of course, but given that history already pulled its punches so much with this utterly amoral self-mythologist (whose fabrications have been wholly debunked in the decades since his death) one can’t help but wish “Speer Goes to Hollywood” at least got its knuckles bruised in the attempt.

Coronavirus and Upfronts: The Latest on What TV Networks are Planning
Recent Posts