Home » Lifestyle » Spoilers: A scam, a death and a collapse in Home and Away 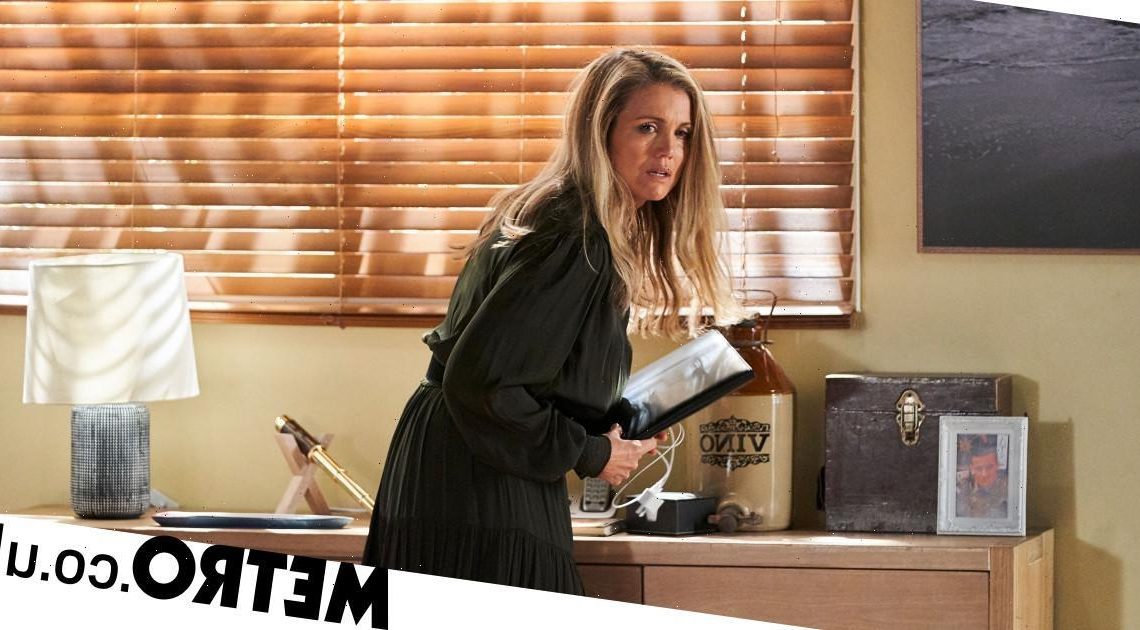 Spoilers: A scam, a death and a collapse in Home and Away 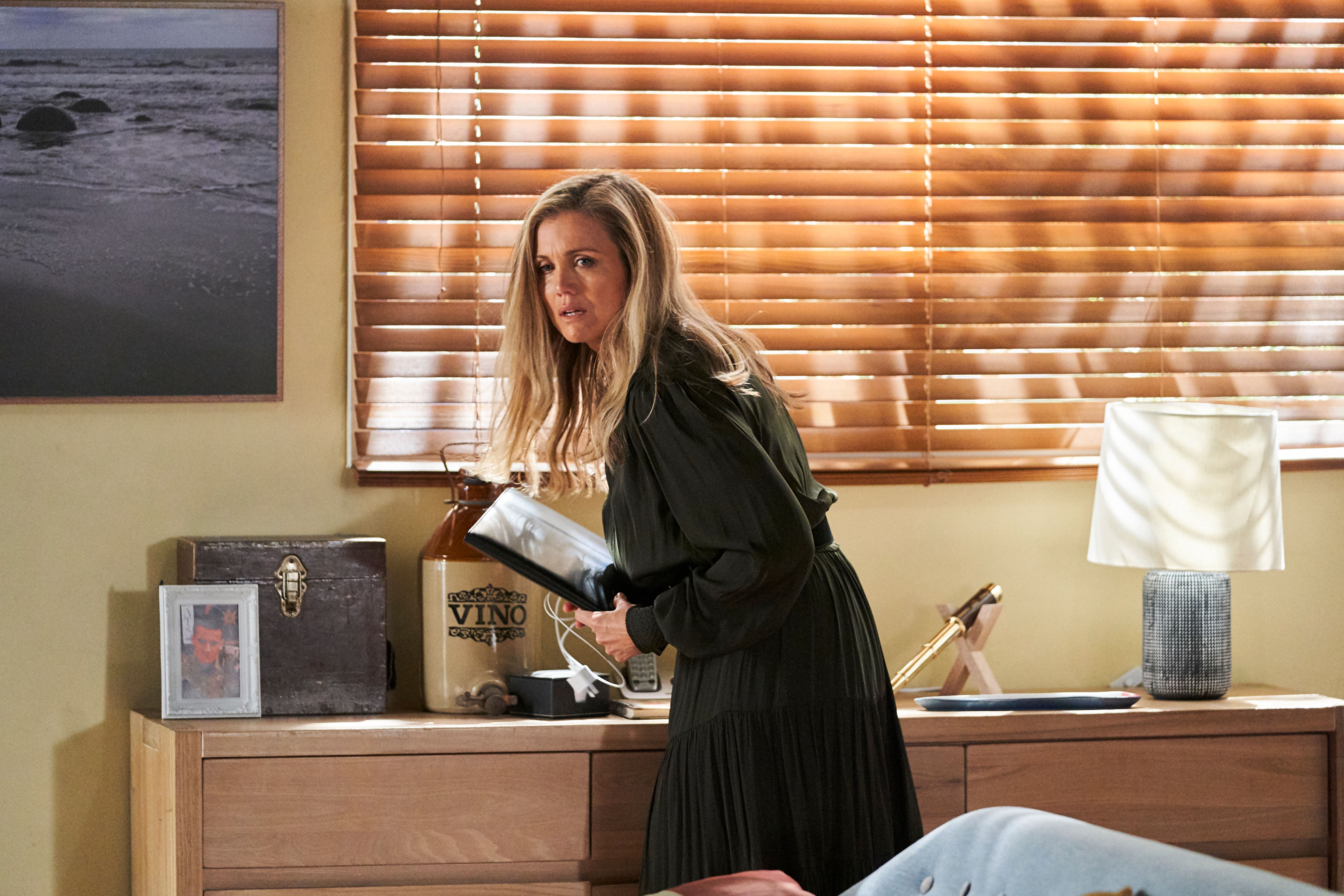 This week on Home and Away, all eyes are on Susie (Bridie Carter) as her evil plans reach their climax. She transfers all of the money stolen from Justin (James Stewart), Leah (Ada Nicodemou) and the Surf Club to herself before making a quick getaway. When Irene (Lynne McGranger) tries to stop her, she’s knocked out by a chloroform rag and left unconscious on the ground.

Elsewhere, Ryder (Lukas Radovich) and Chloe (Sam Barrett) continue to bond, but worry about how the Paratas will react to their relationship. Meanwhile, Christian’s (Ditch Davey) career is on the line when another of his patients dies – and his turbulent emotions lead him to punch Lewis (Luke Arnold) after they cross paths.

Here’s what’s coming up on Home and Away…

Ryder and Chloe have recently confessed their feelings for each other, but they aren’t ready to go public just yet. In Salt, Roo watches on curiously as Ryder greets Chloe at the start of their shift and they pretend to continue their feud. She hints that she will be home alone for a few hours later, and the pair spend time bonding by the pool at the Parata house. One question remains, however – will Ari and Nikau approve of their relationship once they reveal the truth?

Susie makes a dramatic getaway – knocking out Irene as she goes

Now that Susie has managed to swindle Justin and Leah out of their life savings, as well as pocket the cash from sponsors for the surf competition, it’s time for her to leave town – and fast. However, Justin and Leah are on the warpath, so she has some quick thinking to do as she pulls the wool over their eyes again to give herself time to pack. Next up is Irene, who shows up at John’s house to confront Susie. But Susie has other ideas – sneaking up behind Irene with a chloroform rag…

Leah and Justin are on the rocks after losing everything

The Bay is left reeling after it’s revealed that Susie has gone, leaving a trail of devastation in their wake. The Surf Club has been left almost bankrupt, and John is nowhere to be seen after resigning as President and hiding from the mess he feels responsible. Meanwhile, Justin and Leah struggle to let reality sink in – they’ve lost their entire life savings. As the fights begin, can the pair get through this?

One of Christian’s patients mysteriously dies

Lewis has been making it his mission to end Christian’s career, doing whatever it will take – including injecting Ari with a fatal substance as he lies in ICU under Christian’s watch. However, Ari survives, and Christian begins to regain his confidence. Clearly, Lewis won’t let that last for long, and Christian receives a disturbing phone call letting him know that one of his patients has mysteriously died…

The Surf Club competition has been making waves in the Bay, with Dean determined to win for the sake of his son. Jai heads home from school full of excitement about the upcoming event and keen to make a poster with his Dad that he can wave during the competition. As the pair get out the glitter glue, Dean feels increasing pressure to win the first prize – a family pass to Movie World. The situation turns sour when Alf reveals the competition is cancelled in the wake of Susie’s destruction, and Dean is left with a dilemma – how can he let down his son?

Christian and Lewis get into a fight

After discovering that another of his patients has passed away, Christian learns his career is on the line when he is suspended while an autopsy takes place. Lewis is thrilled that Christian could be out of the medical profession soon, and Christian turns to drink in Salt. Later, Tori is dragging a drunk Christian home when they cross paths with Jasmine and Lewis. Christian immediately sees red and punches Lewis – which is exactly what he wanted, as now he can file a report against him…

Susie has achieved her secret mission – fleecing Justin and Leah of her life savings while also embezzling Surf Club funds for the fake competition she began organising. Leaving a trail of destruction in her wake, the Bay is left reeling – with John being one of the hardest hit. As the police take over his house to comb the rooms for evidence, John calls Jett and admits he’s screwed up. Later, Marilyn and Alf realise John is nowhere to be found…

Mackenzie struggles with the decision of whether to continue with her pregnancy or not, until seeing a carefree Ziggy dancing around the house convinces her she isn’t ready to have a baby.

After booking in an appointment at the abortion clinic, Dean expresses his uneasiness at driving her there as she has no intention of telling Ari anything. Mac says she’ll go alone and settles in for a night alone at home – until she’s suddenly seized with agonizing pelvic pains and collapses to the floor…