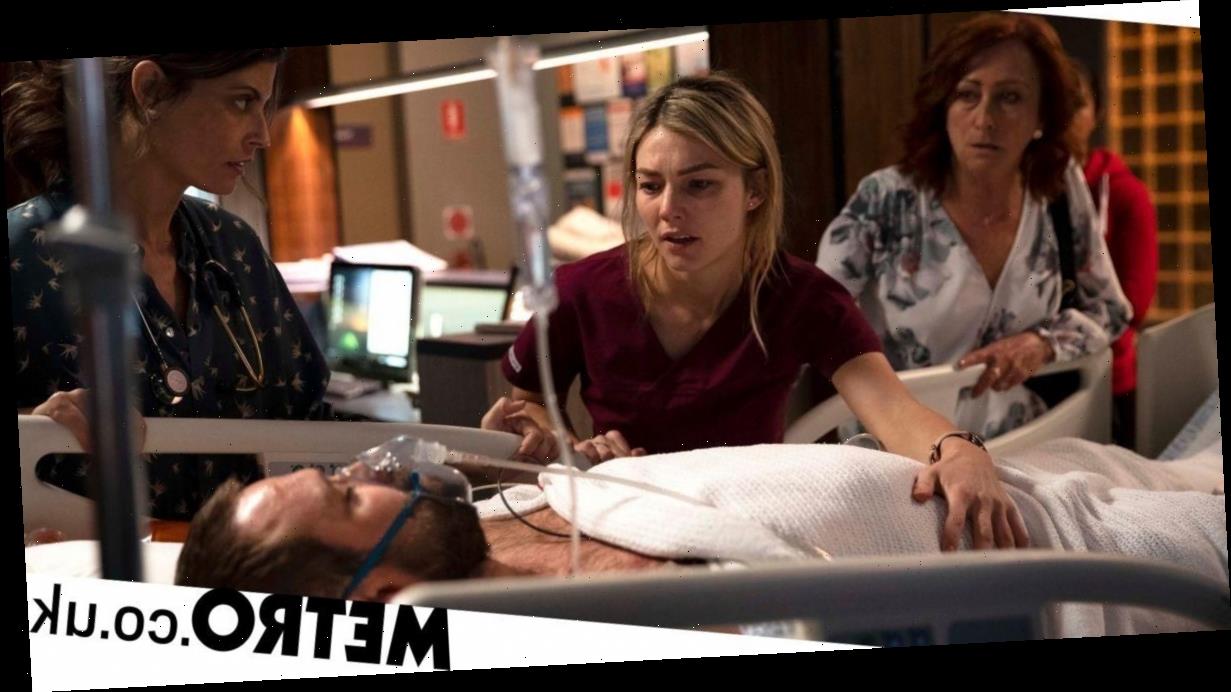 Robbo (Jake Ryan) has been in a serious car crash after Scott (Trent Baines) confessed he was the AFP mole for the Ouroboros gang and decided the only way out was to kill them both. While Scott hasn’t survived, Robbo managed to hold on and was rushed to hospital.

Jasmine (Sam Frost) holds onto positivity where possible after finding that the surgery was successful. Although Alex (Zoe Ventoura) says the next few hours are critical, she is relieved when Robbo appears normal, asking if she can fetch some of his clothes from home.

However, as soon as she departs, it becomes clear he’s been hiding his pain. While Jasmine happily tells Irene (Lynne McGranger) that Robbo is awake and she feels confident they can get through this, Colby (Tim Franklin) is next to Robbo as he desperately tells him essential information about the investigation.

He explains that Des (Matt Zeremes) and Victor (Patrick Thompson) got to Scott by threatening his family, and asks him to keep the truth from Jasmine. He then asks Colby to look after Jasmine, and Colby is confused, saying he can look after her himself when he leaves the hospital.

Robbo is adamant that Colby gives him his word, though, and he does. Colby’s confusion increases when Robbo goes into cardiac arrest and the doctors ask him to wait outside. Colby and Willow watch on as Alex desperately tries to save Robbo, but is eventually forced to record his time of death…

Can You Match the Celeb to the #TBT Photo? (It's REALLY Hard)