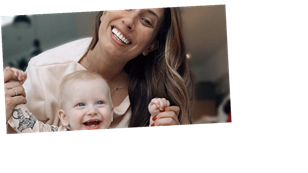 The former X Factor contestant found two cotton bunny onesies on the market in Dagenham; one blue and one white. They are great for the upcoming Easter period that happens next month.

The sweet outfits Stacey bought were not expensive, which is good considering they are cotton and good quality. She also purchased a pair of faux fur lined cardigans during her shopping expedition.

She took to Instagram to share the news with fans, writing: “Lots of you asking what I bought at the market so I though I’d quickly show you… Got these bunny onesies for Rex for easter and these fury jackets that I’ve seen everywhere but so expensive and these ones were only £13”. [sic]

Stacey bought the items at Dagenham Sunday Market, which is in her native Essex. Shopping at markets, as she has proven, is a great way to find bargains while also supporting the local economy.

The girlfriend of Dancing On Ice winner Joe Swash is obviously a fan of dressing baby Rex up in cute animal outfits, having put her son in a teddy bear outfit to take him to the market in the first place.

To showcase Rex’s outfit, Stacey used her famed ‘tap to tidy’ method, posting a picture to her Instagram stories of him in a baby grow, then lying on a fluffy carpet looking adorable in a teddy get-up that had a bear’s face on his chest and legs.

However, if you don't live near Essex you can also pick up similar styles to the market bunny onesie on the website Toddlers Nation, with one currently on sale down from £36.00 to £19.99.

After snapping up clothes for Rex, Stacey went to support Joe during the Dancing On Ice final. After he won, she retuned home and took to her Instagram stories, saying: "I really wanna say thank you by the way, not just to people who have voted just thank you to anyone who has ever been nice, kind and supported someone and built them up, you have no idea what difference that makes to somebody."

The mother-of-three added: "I still can't believe it, EVERYONE in that final deserved to win so it's hard to believe Joe done it. We are so proud and happy for him, we love you to the moon back @realjoeswashy." [sic]