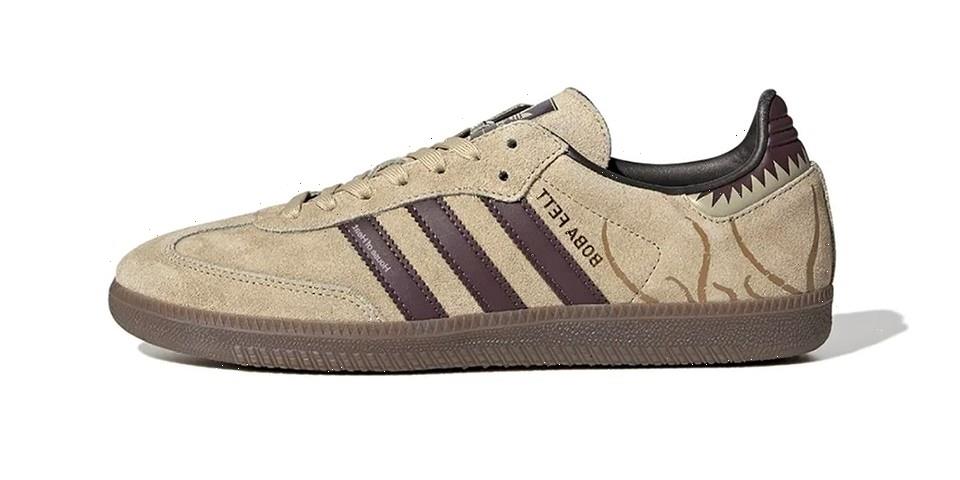 The famous Star Wars movie franchise has teamed up with

The Sarlacc Pit is a beastly lair in the sand that lies in what is called the Great Pit of Carkoon. It’s replete with razor sharp teeth and deadly tentacles that would swallow any and all forms of life that draw close to it. This new Three Stripes-made iteration effectively translates this movie scene by coating its soft suede uppers with a beige hue to translate the look of its desert atmosphere, and ushers in notes of darker brown contrasts atop the stripes and leather heel overlays. Tentacle-like etchings adorn the heels while toothy spikes drop off on the heightened parts of the heel. Boba Fett’s moniker appropriately gets swapped in for the usual “Samba” hits on the lateral side while Star Wars logos are positioned on the tongues.

No release info has been announced just yet, but you can likely expect adidas to drop these in the coming months.

Why Is 'Queen Sugar' Ending? The Series to Conclude After Season 7
Recent Posts