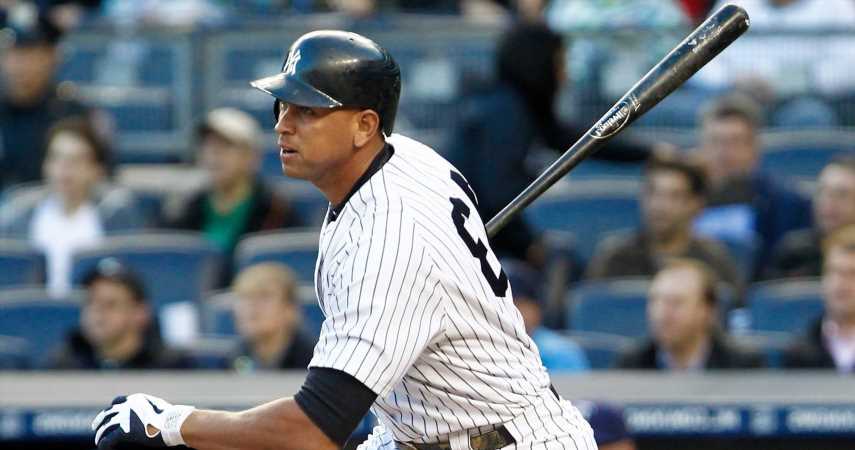 MLB officially counts as one of the oldest major sports leagues that exist professionally in the United States and Canada. In the major baseball league, there are about 30 teams, out of which 15 are part of the national league, and the rest are part of the American League. The history of professional baseball has become even richer with some big contracts worth millions of dollars that the players have landed.

Nolan Arenado, in the world of professional sports, is known as the ‘third baseman’ who plays for the St. Louis Cardinals of MLB. In 2013, Arenado made his grand debut in MLB with the Colorado Rockies.

Alexander Enmanuel Rodriguez, popularly known as A-Rod, is a former professional baseball shortstop. The contract that he once signed with the New York Yankees is still counted as one the biggest in the history of MLB.

This deal was signed back in 2007 which lasted till 2017. The 10-year deal created a ripple in the world of baseball as it was worth about $275 million, generating an estimated yearly income of about $27.5 million for Rodriguez.

Manuel Arturo Machado, or Manny Machado, is an MLB player of Dominican origin who is better known as one of the designated third basemen and is famous for his ingenious defensive abilities. In February 2019, Manny signed a contract with San Diego Padres and changed baseball history.

This contract had a value of about $300 million and has a duration of ten years, from 2019 to 2029. The ten-year agreement will also generate him a yearly income of about 30 million for Machado.

Gerrit Cole is a designated baseball pitcher who plays for the New York Yankees in MLB. He signed a free-agent contract with the Yankees back in December 2019. This contract is worth about $324 and makes Cole one of the highest-paid baseball players.

This 9-year contract meant to end in 2027 shall help Cole make an extravagant $36 million on a yearly basis.

Giancarlo Stanton is a well-known hitter and outfielder in professional baseball who landed one of the biggest deals with a league team back in 2014. He has signed the contract with the Miami Marlins for a record-breaking 13 years.

It is supposed to last through 2028 and is worth about $325 million. Stanton will be earning a significant amount of about $25 million every year as part of this deal.

Bryce Aron Max Harper is a popular figure in sports as the right fielder for the Philadelphia Phillies of MLB. He signed a free-agent contract with the team back in March 2019, and the 13-year contract shall last through 2032.

Bryce will be making an estimated yearly income of about $25.3 million, with the total worth of this deal being a grand $330 million. This amount also includes a signing bonus of about $20 million.

Fernando Tatis has signed one of the biggest contracts in baseball history and one of the longest ones. His contract with San Diego Padres is meant to last for 14 whole years and will be worth an astounding $340 million.

Tatis Jr.’s deal with the team San Diego Padres is worth $340 million for 14 years, which means he shall be making about $24.3 million annually. This deal was signed in 2021 itself and will last through 2034.

The third-biggest contract in the history of baseball is secured by the Puerto Rican baseball shortstop Francisco Lindor. Lindor or Mr. Smile agreed to a 10-year deal with the New York Mets.

The contract will generate him a mind-blowing fortune of about $341 million in 10 years, with an estimate of approximately $34.1 million annually. Lindor also signed an extension of this contract in 2021, post which the total amount comes to $332,394,479 after deferrals.

Mookie Betts is next in line for having landed one of the biggest contracts in baseball history. Betts has signed a 12-year deal with the Los Angeles Dodgers team, which will last from 2020 to 2032.

Los Angeles Dodgers is keen on keeping the American MVP Betts a team member for the years to come and to seal the fate. They have offered a grand sum of about $365 million as part of the 12-year contract. Betts shall make an average of $30.4 million every year until his contract ends.

Mike Trout signed a grand contract worth $430 million with the Los Angeles Angels. It is a 12-year contract that will yield an average annual income of approximately $35.8 million for Trout.

Following these players are Miguel Cabrera, Stephen Strasburg, and Anthony Rendon that also take home hefty paychecks. They have landed exceptional contracts with respective teams that have gone down as some of the biggest landmarks in professional baseball history.

READ NEXT: The Prize Is The Prize: The Most Expensive Victory Trophies

SAJID JAVID: Health arguments for opening up Britain are compelling