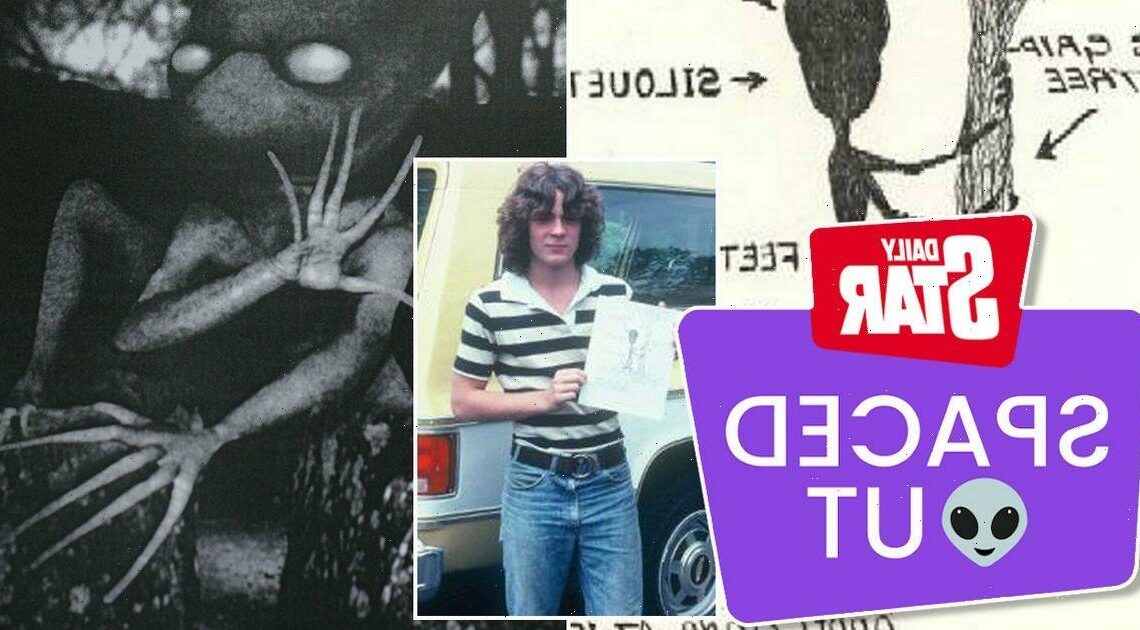 Do you want stories that are quite literally out of this world delivered straight to your inbox? Sign up to Spaced Out!

A strange humanoid creature spotted on the streets of a sleepy US town has been a subject of mystery for more than four decades.

The bizarre "sighting" of a skinny, large-eyed creature in Dover, Massachusetts, April 1977 was dubbed the Dover Demon by cryptozoologist Loren Coleman but has never been conclusively identified.

But the question of whether it was a supernatural apparition, an alien invader, or a simple case of mistaken identity may never be solved.

In answer to the question of whether the "being" could have been an alien, Loren told Daily Star it’s impossible to say. He said: “I am skeptically open-minded and have no room in my cosmos for explaining one unknown with another unknown."

“The verdict of my investigations,” he added, “was that something unusual did occur, the four individuals involved did experience what they said they did, but my conclusion and that of the team of investigators I headed all agree that the verdict is that we don’t know what it was.”

The facts are that, over the course of two nights in April 1977, a strange orange-coloured creature with a bulbous head, huge black eyes and long, thin fingers and toes was seen prowling the streets by independent witnesses.

William Bartlett, who was 17 at the time, was the first witness. He described how he and two friends saw the creature “standing on a wall, its eyes glowing …

A couple of hours later, in a different part of the town, 15-year-old John Baxter saw something very similar after walking his girlfriend home near a wooded area. His drawing of the mysterious creature has passed into cryptozoology lore as the definitive look at the Dover Demon.

WIN a trip to see the Northern Lights with our Spaced Out competition. Click here to enter

But it wasn’t just a one-off. Just before midnight on the following night, April 22, a 15-year-old said they saw the creature lurking near a tree. Interestingly, plotting the locations of the sightings on a map results in an almost perfectly straight line.

With all of the witnesses being teenagers, you’d be forgiven for suspecting that the sightings might have been some kind of prank. But even years later Bartlett stuck to his story.

“In a lot of ways it’s kind of embarrassing to me. I definitely saw something,” he said. “It was definitely weird. I didn’t make it up. Sometimes I wish I had.”

Sceptics have suggested that the witnesses may have mistakenly identified a deer, or a moose, or even an escaped pet monkey, but Bartlett isn’t convinced by that explanation.

“This definitely wasn’t [an animal],” he said. “It was some kind of creature with long thin fingers.

"It was more human-like in its form than animal… I’ve always tried to guess what it was. I never had any idea. I wasn’t trying to be funny. People who know me know I didn’t make this up.”

Coleman described the reports as “credible”. He interviewed the witnesses within days the reported sightings, while they were still fresh in their minds. “We have a credible case, over 25 hours,” he says, “by individuals who saw something.”

What that “something” was remains open to debate.