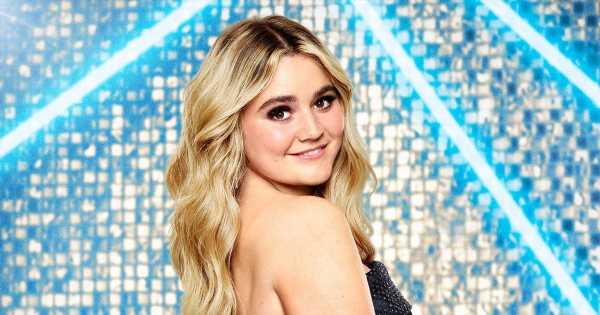 Tilly Ramsay has shared an image of her recent foot injury to fans online, as she prepares to take part in BBC's Strictly Come Dancing this weekend.

The daughter of TV chef and restaurateur Gordan Ramsay will be dancing her way into the highly anticipated competition on Saturday, but from the looks of it, the star has already incurred a wound on her tootsie.

Taking to her Instagram stories on Tuesday night, Tilly, 19, shared a snap of her right foot which appeared to have a nasty graze on it from her dancing shoes.

Commenting on the pic, she wrote: "And this is why I do not like high heels!!!!" Followed by the word "Ouch!"

The star then added: "Apart from this….Absolutely loved my first day of training."

Earlier this week, while speaking to Daily Star, Tilly confessed that she's only ever worn heels once before for her 18th birthday celebrations.

The young star also said she's been walking around her home to try and get used to the feeling of tilted footwear.

"I’ve worn [heels] once in my life for my 18th birthday party and they were off within five minutes, they were too painful. Since then, I’ve never put them back on," she admitted.

The Strictly star then added: "Recently, I’ve been walking around the house in heels to get used to them but after a couple of minutes my feet hurt and the slippers come right back on."

While talking to Daily Star, Tilly also admitted that she is prepared for any harsh criticism that may come her way from the Strictly judges, due to the fact that she lives with one of the harshest critics on British television.

Talking candidly, the chef's daughter said: "I think I’ll deal with the criticism well. do live with one of the harshest critics, dad, so I’m pretty used to that kind of stuff.

But Tilly also gave a stern warning to this year's Strictly judges as she said they may have to deal with the aftermath of the Hell's Kitchen chef if he disagreed with any of their comments.

She added: "Dad will probably give his own criticism in time.

"But it’s all about learning and it’s a new process so it will be interesting to learn."

Strictly kicks off on Saturday September, 18 on BBC One at 7:45pm.

The first episode will be a pre-recorded launch show, where the celebrities and viewers at home will learn which professional dancers they are partnered with.