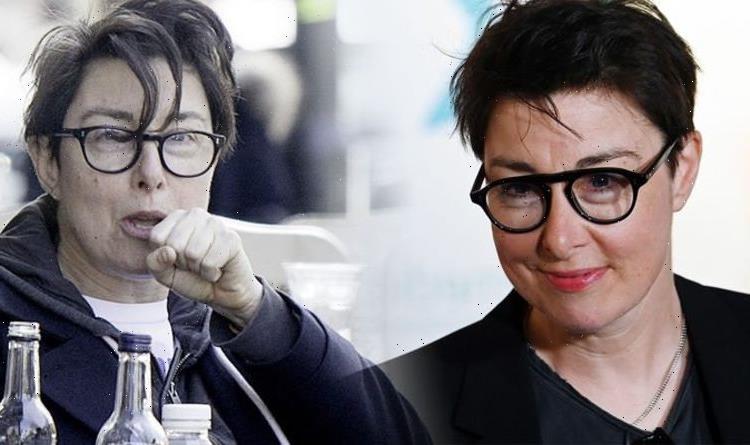 Sue Perkins health: Broadcaster on the health condition that ‘destroyed her life’

The TV personality received the devastating diagnosis in 2015, following a medical check-up while working on the programme Supersizers. Speaking about the experience, Sue Perkins described it as pure “destruction”. “It’s only really now that I consider the epic destruction this tiny little rice-shaped thing in my pituitary gland has caused,” she told BBC Radio 4. “Sometimes it’s big and makes me mad, and sometimes it’s small and is in the background. Sometimes it screws up my hormones.

“I have various tests now to make sure the side effects aren’t too onerous.”

Brain tumour on the pituitary gland

Macmillan Cancer Support explained that the pituitary gland “is a small, oval-shaped gland at the base of the brain”.

The pituitary gland is tasked with creating hormones, which go on to control other hormone-producing glands in the body, such as the adrenal and thyroid glands.

Pituitary gland tumours are usually benign, meaning they do not spread to other parts of the brain.

The tumour can, however, cause issues if it grows and presses on the surrounding brain tissue.

Prolactin-secreting tumours can lead to irregular menstrual period and, for men, it can lead to erectile dysfunction and loss of libido.

The Macmillan Cancer Charity added: “Over-production of growth hormones can cause a condition called acromegaly.

“This leads to abnormal growth and causes enlargement of the hands, feet, lower jaw and brows.”

Acromegaly can lead to:

“Most people diagnosed with a brain tumour will not be allowed to drive for a time after their diagnosis,” the charity added.

“If you have a driving licence, you must tell the licensing agency you have been diagnosed with a brain tumour.”

Cancer Research UK pointed out that about eight out of every 100 brain tumours diagnosed in England between 2006 to 2010 were pituitary tumours.

For a small tumour that is not causing any symptoms, medical professionals may monitor the condition.

Monitoring the condition involves undergoing regular MRI scans, and if the tumour begins to start causing symptoms, other treatments will be considered.

For instance, surgery is a common option, where a neurosurgeon removes as much of the tumour as possible.

If the whole of the pituitary gland is removed, hormone replacement might be needed.

Alternatively, radiotherapy may also be an option to address the brain tumour, where high-energy X-rays kill tumour cells.

If the tumour is secreting too many hormones, medication might be needed to reduce the secretion of prolactin.

Sue Perkins will star on ITV’s The Jonathan Ross Show on Saturday, November 20 at 9.30pm.

Met Police launch recruitment near where Sarah Everard was abducted