Home » Lifestyle » Suella Braverman says 'too many rely on benefits', but claimed £159,000 in expenses last year. 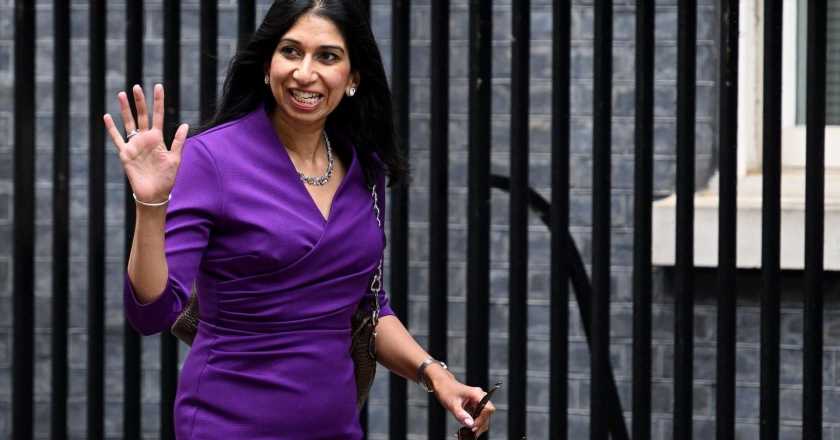 Suella Braverman says 'too many rely on benefits', but claimed £159,000 in expenses last year.

Universal Credit for a single person is £4,018.92 for an entire year, yet last year Suella Bravermanclaimed £4,815.59 in expenses for her second home. How have MPs rebranded expenses while they condemn those much less well off for claiming welfare? Stylist’s social media director Chloe Laws dives into the debate.

Suella Braverman is on the shortlist of eight MPs currently in the race to become prime minister following the announcement of Boris Johnson’s resignation. If you’re unfamiliar with Braverman, she was appointed as attorney general on 13 February 2020, having been elected as the Conservative MP for Fareham in May 2015. She has consistently voted against laws that promote equality and human rights, including voting against allowing gay marriage in Northern Ireland.

In a rather grim but perhaps unsurprising move, the MPs’ leadership bids have been focusing on scapegoating minority groups and pitting sections of society against each other rather than, oh, I don’t know, focusing on the cost of living crisis, fixing the economy, supporting the NHS, tackling the climate crisis and a myriad of other things that make it increasingly difficult to live in the UK.

Rishi Sunak, Penny Mordaunt and Suella Braverman have already signalled their intention to oppose trans equality, weaponising trans rights in an attempt to win lazy political points from those hellbent on attacking some of the most vulnerable people in society. For instance, Sunak has promised a “manifesto for women’s rights” that opposes trans women’s inclusion in sport and the use of gender-inclusive language; meanwhile Mordaunt commented in the past week: “And I am legally a woman. Some people born male and who have been through the gender recognition process are also legally female. That does not mean they are biological women, like me.”

And recently, speaking on ITV News, Braverman has targeted other vulnerable people: “I think we spend too much on welfare. There are too many people in this country who are of working age, who are of good health, and who are choosing to rely on benefits, on taxpayers’ money, on your money, my money, to get by. I don’t think there’s enough rigour. Universal Credit’s been a brilliant thing in stamping out the culture of dependency but there’s further we can go, there’s more we can do.”

Let’s pick this statement – and its hypocrisy apart.

Yet, she claimed £159,000 in expenses last year. Universal Credit for a single person is £4,018.92 for an entire year while she claimed £4,815.59 in expenses for her second home. Given the energy crisis we’re all facing right now and the surging price of bills, it’s worth noting she charged a £3,945 energy bill as expenses. The taxpayer pays for all this. Remember the part of her statement about people ‘choosing to rely on benefits’?

What about her suggestion that the UK spends “too much’ on welfare”? The government dedicates roughly one-fifth of its GDP to social spending – placing us 17th among OECD countries – around the middle of the pack and hardly what most would see as over-the-top.

The way Braverman is framing welfare alludes to the well-trodden trope that those claiming benefits are lazy or don’t need them. As poverty continues to rise, this language is dangerous and puts the blame on individuals, rather than a government that has allowed austerity to thrive over the last 11 years. It’s also a misunderstanding of what welfare is – something you’d hope an MP would have a better grasp on. Social spending, aka welfare, covers all social protection, not just working-age benefits – eg pensions and other benefits that are often seen as more ‘socially acceptable’.

Braverman isn’t unique in this regard. As prime minister, Boris Johnson claimed a salary of £75,440 on top of £84,144 for his role as an MP. According to the Financial Times in 2021, he has regularly been heard to say: “I just can’t afford to do this job.” Meanwhile, Sunak is believed to be the richest man in the House of Commons, The Sunday Times Rich List values Sunak and his wife Akshata Murthy’s fortune at £730 million. In Sunak’s campaign to become PM, he’s using ’let’s rebuild the economy’ as a rallying call even though he has been the chancellor for the past three years.

Almost a third of children in Britain live in poverty. This is something MPs like Braverman and the rest of the Conservative government should be focusing on and working to change. Given the state of the UK right now, we should be increasing welfare to support those in society who need it most, and not attacking people who have to rely on benefits. Personally, I’d rather the tax I pay goes towards those in need, not an MP’s second home.

Escape to the Chateau: How old is Dick and Angels son Arthur?
Recent Posts