It’s getting serious! Carl Radke and Lindsay Hubbard‘s relationship is showing no signs of slowing down — and the Summer House couple just revealed the new milestone in their romance.

“We’re very serious, in love and very happy. We’re moving in together, finally. We’ve been trying to do that for little bit,” Radke, 37, exclusively told Us Weekly during a joint interview at the NBCUniversal Upfront on Monday, May 16. 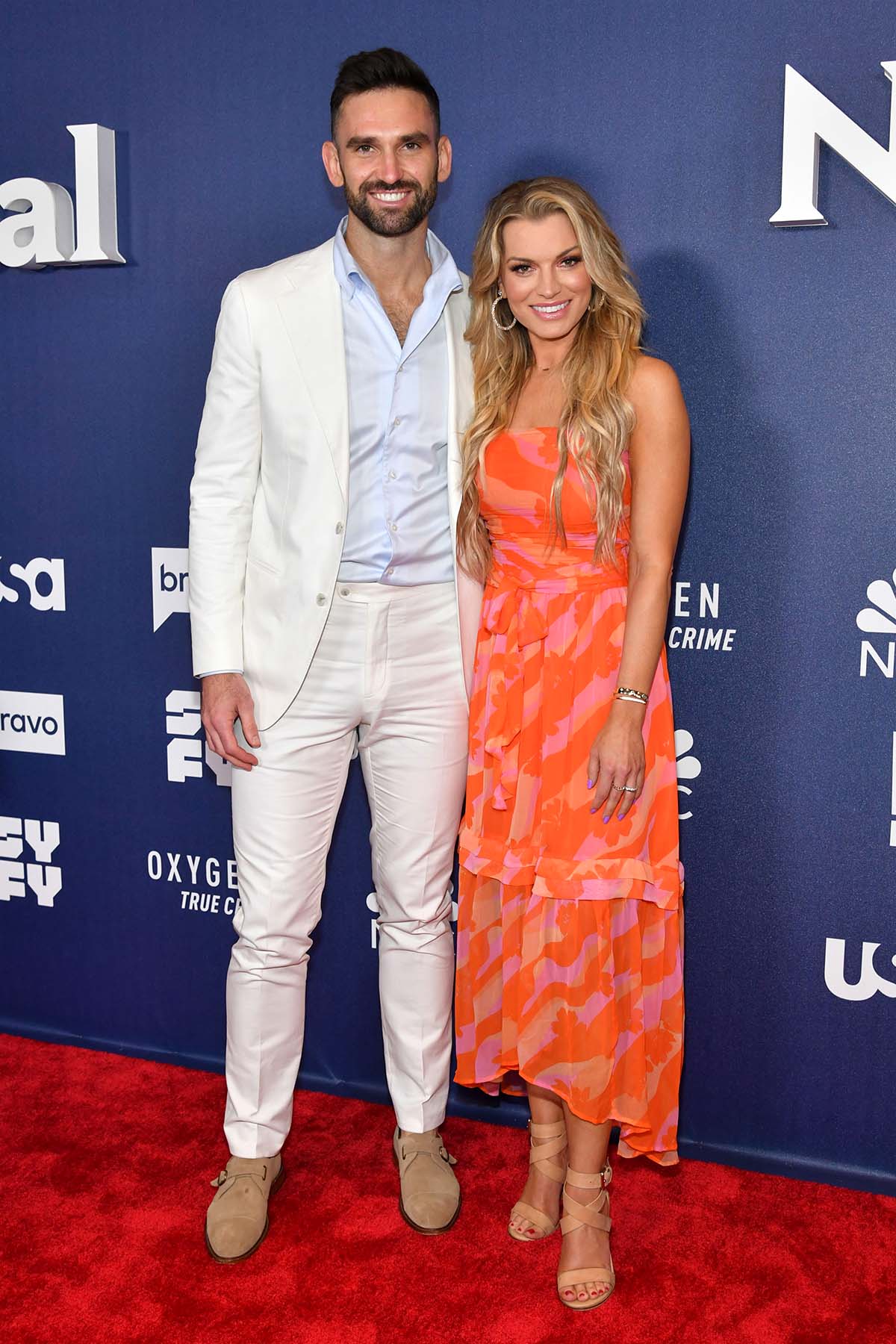 The Loverboy businessman noted that they would be getting “a whole new place” instead of keeping one of their respective homes, adding, “We’re really excited to start our next chapter together. Living together is a big step, but we’ve basically been doing it for the last year, just switching into each other’s apartments here and there.”

The publicist, 35, for her part, gushed about what helped them get to this point. “We had a good sort of baby steps to what hopefully will be a matrimonious living together situation, but hopefully you’ll be able to see it on season 7 of Summer House,” Hubbard teased on Monday.

Radke added: “We have a really solid, fun relationship and I’m excited for everybody else to kind of see what we’re like full time. I think people are excited for us. But I think her and I are confident with how we’re doing things.”

Viewers originally saw the couple give romance a try during season 4 of the hit Bravo series. Their connection took a turn when the Pittsburgh native admitted that he wasn’t ready for anything serious. Following their initial split, Radke and Hubbard formed a strong friendship while dealing with ups and downs in their personal lives. The New York native supported Radke following his brother’s sudden death and his journey to sobriety.

Ahead of season 6, the pair sparked romance rumors which they confirmed earlier this year. “I’m happy to report, we are dating and things are really good,” Radke told Us in January. “We’re very happy. She’s someone that’s been an incredible support and part of my life [for years]. … I mean, we make each other laugh like crazy. I’ve never felt more myself around someone than her. And for me, that’s powerful.”

During their joint interview on Monday, the duo explained that they are following their own timeline when it comes to their relationship.

Everything to Know About ‘Winter House’ Season 2

“I don’t feel the pressure [about the future] necessarily. And I also don’t put pressure on him,” Hubbard told Us, with Radke adding, “And I appreciate the [lack of] pressure from her. … We’re good. Obviously, I think I do want to get married to her. I’ll be honest. I do want to spend the rest of my life with her.”

Although the costars are usually on the same page, Hubbard joked that there was one aspect of their future that they are still figuring out. “[Carl] used to tell me all the time that he wanted five kids and I was like, ‘Every guy says that though, right?’” she shared. “Then you have one and you’re like, ‘OK, I’ll take another one and then you have another one, and then they’re like, ‘OK I’m good with that.’”

The Winter House alum revealed that she would be happy with two or three kids.

Alton Brown Has a Secret For the Perfect Homemade Lemonade