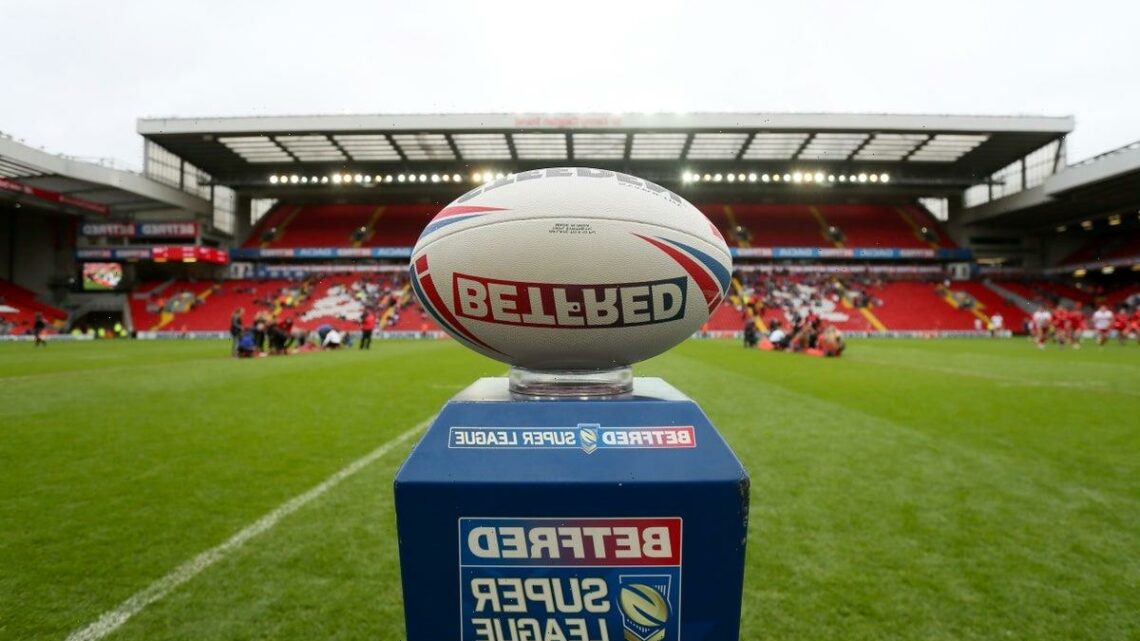 Super League clubs have agreed to hand over in excess of £5million to the Rugby Football League for 2022 as talks continue on a re-alignment with the governing body.

The cash will come from the £25m a year thought to be due from the new two-year television agreement with Sky Sports which kicks in from the end of this season.

Top-flight clubs took on television negotiations when they broke away from the RFL in 2018 but interim Super League chairman Ken Davy, who took over from executive chairman Robert Elstone in March, is keen to forge closer ties with the governing body.

Davy told a media briefing on Tuesday that talks which began in July are taking longer than anticipated but that he hopes for a conclusion by the end of the year.

“The process is causing a little bit of angst on my part,” he said. “But we are making progress and I’m pleased with the progress we’re making.”

In the meantime, Davy revealed that clubs have agreed to give around a fifth of its television income to the RFL, which will decide how much of the £5m-plus to hand on to the Championship and League 1 clubs.

“It’s important to appreciate that Super League is by no means the only source of income for the RFL,” he said.

It’s important to appreciate that Super League is by no means the only source of income for the RFL but we have reached an agreement on a number in excess of £5m, which I believe is fair in every respect to both Super League and the RFL

“However, we have reached an agreement on a number in excess of £5m, which I believe is fair in every respect to both Super League and the RFL.

“Like most sports, TV income is down and so it is clearly less than previously but it is not an insignificant amount.

“That is for next year and provisionally for the year after subject to the re-alignment.”

Meanwhile, Davy confirmed that the clubs have agreed to remain at 12 clubs for 2021, which effectively means that Leigh are relegated, having won just one of their 19 matches so far.

“The principle of promotion and relegation hasn’t changed,” said Davy, who says the Centurions will be eligible for a parachute payment.

Davy also confirmed talks are ongoing for a restructure of the competition from 2023, with a proposal for two divisions of 10 clubs on the table.

“I believe there does need to be significant change,” he said. “We’ve got a tremendous product and we need to widen the appeal of the sport.

“I produced a paper about six years ago that was based on promoting essentially three leagues of 10 and so one can see a lot of logic in two divisions of 10.

“In an ideal world, we want to have a structure that gives the ability for promotion and relegation to take place more easily with less draconian impact, particularly on the part of the relegated club.” Davy says a domestic calendar has been provisionally drawn up for 2022,  which will take into account the re-arranged World Cup next October and November.

The calendar, which is likely to see a return to the traditional Easter double header, is due to be revealed in Grand Final week in early October.

More immediately, Davy says Super League is bracing itself for bumper crowds for the Dacia Magic Weekend, which takes place on Saturday and Sunday in Newcastle.

The event was cancelled in 2020 due to the pandemic and put back from May in the hope of attracting an unlimited attendance which, after two successive disruption-free weekends, looks set to be the case. “The return of crowds has been sluggish but all the indications I’m seeing are positive,” Davy said.

“We underestimate the excitement the Magic Weekend generates amongst the players, the coaches and the supporters. I am not aware of another event in sport that can match it.”

Catalans Dragons will have a chance to clinch the League Leaders Shield in Newcastle when they take on St Helens in the second game on Saturday, but Super League’s chief commercial officer Rhodri Jones says the trophy is more likely to be presented in Perpignan on Saturday week, when the French club are due to host Huddersfield in their final home game.

That, according to Jones, would be seen as a reward for the extra lengths the French club have gone to during the pandemic and he also confirmed the game is likely to be made available for live television.

End of the world warning: Climate change will be ‘biggest contributor to human extinction’
Recent Posts