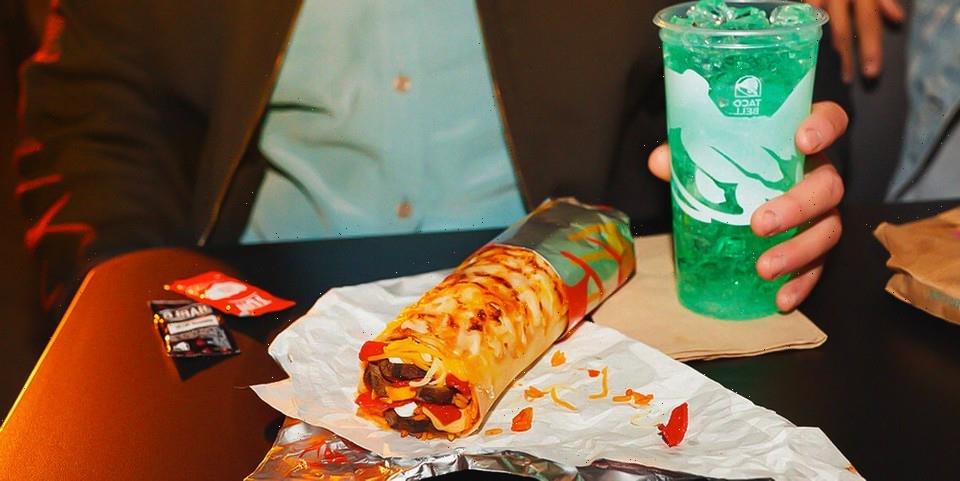 After a successful trial run, Taco Bell launched the new Cantina Crispy Melt Taco nationwide last month and is now bringing out its latest menu item wrapped up as the Double Steak Grilled Cheese Burrito. The Mexican food chain continues to experiment with new potential additions such as the Crispy Dipping Flautas and Fajita Quesalupa.

Taco Bell tested out the offering last year at its locations down in Houston and due to positive feedback, the whole stateside can now double up on their steak burrito fix. Loaded with a double serving of marinated steak and seasoned rice, crunchy red strips, creamy chipotle sauce, nacho cheese sauce, sour cream, and a three-cheese blend enveloped in a warm flour tortilla, the burrito is then coated with a hot pour of melted cheese before heading into the grill. For those who want to go the extra mile, grilled jalapeños can be added as a finishing spicy touch.

Head over to any participating Taco Bell location nationwide to grab a bite of the Double Steak Grilled Cheese Burrito for $5.49 USD.

Push to raise age of criminal responsibility too slow and soft: Commissioners