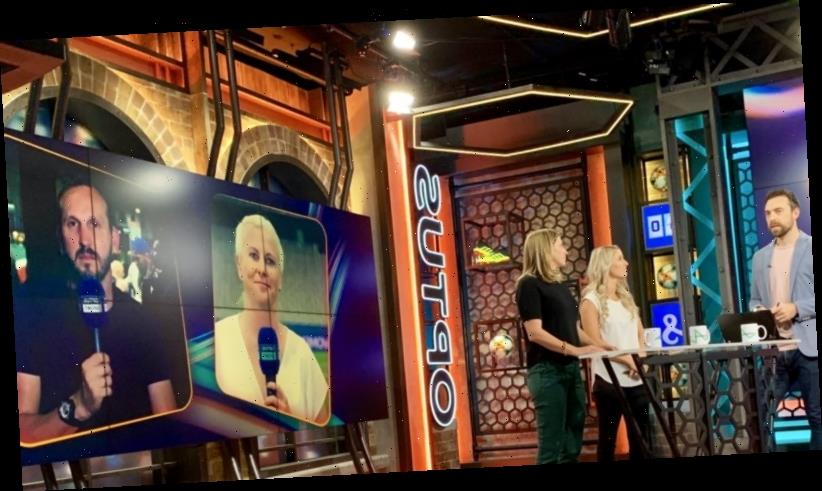 Since Optus launched its deep dive into football almost four years ago, as a wildcard entrant to the bidding war for the rights to the English Premier League, the telco has learned a few surprising things.

The first is that football fans will watch almost anything in the football family. It's not hugely surprising that the 2019 Champions League final between Tottenham and Liverpool was second only – and only just – to the Melbourne Cup for the most streamed live sport event in Australia between 2018 and 2020.

But senior Optus Sport executives were surprised to learn in the same period that there was also an audience for the more obscure matches, including the Europa League fixture between Dudelange (Luxembourg) and Qarabag (Azerbaijan), and a Nations League clash between Faraoe Islands and Kosovo. Australians watched them. In small numbers, admittedly, but more than they predicted.

In the same vein, during the 2018 FIFA World Cup, the telco's small TV sport team took a two-hour feed of the team buses driving to venues around Russia and streamed them on Facebook. They never thought anyone would actually watch it.

"It just sat there on our Facebook page, and a much bigger number of people than we ever imagined would watch it," Optus' head of streaming television and content, Corin Dimopoulos, said.

"Two hours of the team bus driving to the stadium, but it made you feel like you were there in the moment. None of this is particularly mind-blowing, we just gave people more football than they could ever imagine consuming, and all the 'shoulder content' around it, and they watched it."

The second thing the telco learned, which is borne out in global research on TV habits, is that sport wasn't on the wane amongst younger fans, but attention spans were.

Subscribers devoured them and the formats proliferated: 'highlights', 'mini classics' and the old-fashioned replay – for the time-rich fan – now populate the application's landing page. That's just the games. A weekly magazine show streams live every Sunday morning from Macquarie Park and this week the telco launched 'Football Belongs', a 14-part in-house series showcasing Australian's grassroots football community ahead of the Euro 2020 and Copa America.

The proof is in the numbers, with Optus Sport declaring 822,000 subscribers to the market last month.

"You respect people's time by presenting games through cut-down formats; you respect that not everyone wants to get up in the middle of the night, so you provide a full replay as soon as possible; and you respect that people want to watch their sport on the best available screen, with the best possible picture quality, so you cater to that," Dimopoulos said.

"And you respect their passion. People take comfort in knowing they have a place to take their love for a sport and they know they'll be significantly over-served with content, instead of under-served. It's why you see the NBA League Pass doing well around the world. There are 1300 games in a regular season, of which less than 400 are available on ESPN. If you're really into basketball you have the pass. We find football is similar."

The takeaway, for Optus at least, is that depth is preferable to breadth, which may account for its growth at a time when Kayo, Foxtel's sports streaming service, appears stalled around the low- to mid-300,000 mark one year after launch. It boasts 51 sports.

Kayo and Optus Sport are the only two businesses doing dedicated sports streaming on a large scale in Australia. They are the vanguard of the so-called streaming revolution which, we're told, will shake up the sports broadcasting landscape and lead to unprecedented innovation in viewer experience. Their international counterparts are DAZN (pronounced "da-zone") and Amazon, or Spark in New Zealand, for a direct telco equivalent to Optus Sport.

In the case of Amazon or DAZN, they are essentially cashed-up tech companies, while in the case of Optus and Spark, they are backed by telecommunications giants that are buying sports rights because they deepen customer engagement. Research suggests an Optus customer who also has Optus Sport is half as likely to leave. In a battle against market leader Telstra, which has a 50 per cent stake in Foxtel, that is a significant advantage.

With their arrival and spread, however, has come anxiety, and not for nothing.

The 2018 FIFA World Cup debacle was very nearly Optus Sport's undoing. Buffering issues forced the telco to offload many of its games to SBS on a simulcast basis and actively encourage people to use the FIFA app instead of its own.

It was an embarrassment of the highest order. But the service bounced back, and still grew its subscriber base from 474,000 to 735,000 in the 2018/19 financial year, despite its widespread humiliation.

Spark was also in hot water for a time during last year's Rugby World Cup, with many customers reporting a complete breakdown in live streams. Even Amazon, which owns the global infrastructure for streaming distribution (Amazon Web Services), ran into trouble with its UK broadcast of the 2018 US Open tennis.

Guy Bisson, a television entertainment market analyst with London-based consultancy Ampere, believes those examples and others like them around the world are the main impediment to the widespread consumer acceptance of streaming platforms in live sport.

"Specific to the very big sports, live is the way that they're consumed and technically streaming isn't quite there in terms of simultaneous mass delivery," Bisson said.

"It works for Netflix and others, because not everyone wants to watch at exactly the same time, but when you get to large, live events, streaming just isn't quite there yet."

Dimopoulos agreed but said the sweet spot on buffering was closer than many thought. He cited the business's subscription growth directly after the 2018 World Cup disaster as evidence consumers liked the platform enough to give it a second chance, and its clean record since.

The battle is front of mind in Australia at the moment because of the ugly battle over the broadcast rights to rugby, which are the first to go to market at a time when streaming services are reaching maturity.

On one side is Foxtel, the Rupert Murdoch-owned pay television operator that created the Super Rugby competition as a subscription driver back in 1996. Having held all the rights – bar a handful of Wallabies Test matches – exclusively since then, the organisation did not take kindly to Rugby Australia's decision to test the market for other interested parties.

On the other side is Optus, who have expressed serious interest in making rugby their first foray outside football. But because of their depth-over-breadth strategy the telco faces a level of ignorance amongst Australian rugby fans – and sports fans generally – about and the look, feel and reliability of their service.

Latency – the time between a goal being scored in real time and when a viewer sees it on a streaming platform – is a pertinent issue, but neither Bisson nor Dimopoulos believe this is will be an issue for long.

What is beyond doubt is that streaming is here to stay, as the Netflix, Stans and Amazon Primes of the world lure in viewers with high quality drama, crime and documentary content. Free-to-air television viewing is falling off a cliff among youth audiences while older demographics continue to make the shift.

"There's a viewing shift across the board, it's not just young people," Bisson said. "Once older people buy and engage with streaming they use it almost as much as young people do. It's just that at the moment the base of people who stream skews younger."

Sports are dipping their toes into social platforms too. Twitter bought the rights to the NFL's Thursday Night Football package for $10 million in 2016, and Amazon won them a year later for five times that price.

The growing use of streaming is changing both the habits of fans and what they will and will not accept from their sports platforms. Australian consultant Sean Callanan, who operates under the SportsGeek moniker, says the days are over of sports fans accepting what broadcasters give them.

"If you can't, in one click, access your chosen sport on your chosen screen at a time of your choosing, you'll turn off," Callanan says.

The real game changer will be the continued rollout of 5G mobile networks across Australia. An article in Marketing Magazine this week highlighted two in-stadium applications of the technology that will have futurists frothing.

In Berlin's Volkswagen Stadium, the Vodafone network allows football fans to hold up their phone cameras and watch as real-time player speed is displayed relative to the player on which they focus.

In the UK the telco demonstrated what it felt like to feel the force of a tackle through 5G, using what's called a 'haptic feedback suit'. One person dived onto practice pads with sensors that sent shockwaves to another person wearing the suit 160km away.

"It will only be in the next year or so that it will become abundantly clear what advantages 5G can provide," Dimopoulous said.

"We are working on lots of projects to try to understand what is possible, but it's already obvious it will be game-changing. It's just going to get a heck of a lot quicker, and if the goal is better picture quality and latency down close to zero, 5G will almost certainly be the technology that gets us close to that."