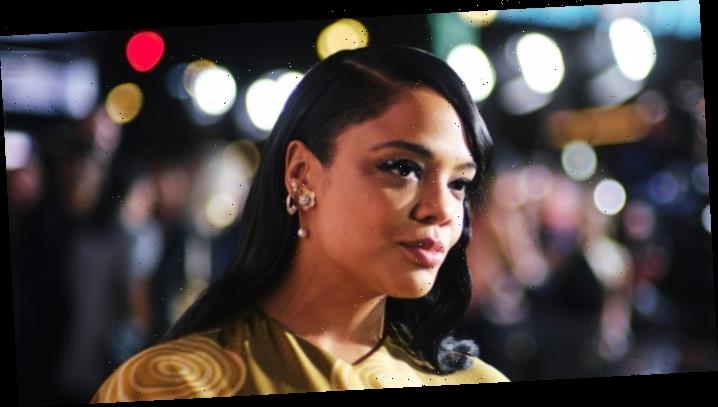 It’s been almost two years since “Westworld” was last on the air, and fans could be forgiven for struggling to remember exactly who escaped the titular park at the end of season 2, and in what body.

Fortunately, the upcoming third season of the HBO series “feels like the show is starting all over again,” according to one of its stars, Tessa Thompson.

Speaking to Variety at the star-studded season 3 premiere at the TCL Chinese Theatre, Thompson talked about what leaving Westworld itself means for the series, and expressed hope that she would might get to explore new identities for Charlotte Hale, “if we get to do another season and a season after,” that is.

“In a weird way, it feels like this is the premiere of the show again because we have entered the real world and the show continues to ask the question what it means to be human, but it’s asking a host – pun intended – of new questions. We have lots of people that have come to join our cast, fresh blood, so it feels like the show is starting all over again,” Thompson teased. “It’s a show that surprises not just the audience, but surprised the people that are lucky enough to work on it.”

One of the aforementioned newbies is Aaron Paul, whose character provides audiences a different kind of human than the megalomaniacs who run the park and the sickos who enter it for fun.

Taking the show into the real world also allowed creators Jonathan Nolan and Lisa Joy the freedom to show what else the human race has to offer.

“The show took a fairly dim view of humanity through the first two seasons. Now we get to ask the question is humanity embodied by what we’ve seen of it in the park,” Nolan explains. “If Dolores, Maeve and the rest of the hosts have only been exposed to the kinds of people who would go to Westworld, is that really all that humanity is made of?”

Without giving too much away, Paul’s character is someone who feels isolated from society, someone who ends up feeling perhaps more comfortable in the presents of hosts than of his fellow humans.

“We’re talking about the idea that despite all these technologies that are meant to draw us closer together, make us feel more connected to other people, you can still even feel more alone as a result,” Joy said. “I think there’s something really relatable about the loneliness that his character feels.”

Speaking of connecting the dots with the current climate, “Westworld” has always pointed the dangers of letting technology take over, and Nolan discussed how clear parallels can be drawn with the looming presidential election.

“We were interested in looking at a version of the future that was a linear extrapolation of what we’re in right now. … The idea that we’ve trapped ourselves in our own initial preferences, the idea that at a certain point we lose control,” he said. “The idea of an algorithmically determined culture and world, which I think we’re starting to see the effects of not only in the last election cycle, but this election cycle. No one is grappling fully at this point with the devil’s bargain that we’ve made, the amount of control that we’ve ceded, not necessarily to other people, but to a black box that no one understands how it works.”

Following Nolan’s declaration, it’s fair to say that Luke Hemsworth brought a lighter note to proceedings, jokingly forgetting the name of his character and bantering about one particular fight scene with Evan Rachel Wood, which he can’t wait for audiences to see.

“That was all Evan, she does stuff and I try to keep up,” Hemsworth said of choreographing the complex sequence. “It was a couple of days, I’d actually had surgery on my bicep, so I said, ‘Whatever you do, don’t kick me in the bicep.’ So she kicked me in the face instead and that was fine.”

Plenty of familiar “Westworld” faces were in attendance for the big event, including Thandie Newton, as well as a cluster of newcomers to the sci-fi world – such as Vincent Cassel, Lena Waithe and the man mountain, NFL star Marshawn Lynch – none of whom had seen a single minute of the new season. So there was also plenty of excitement as the talent and producers piled into the Chinese Theatre, ready to discover what the world beyond Westworld looks like.