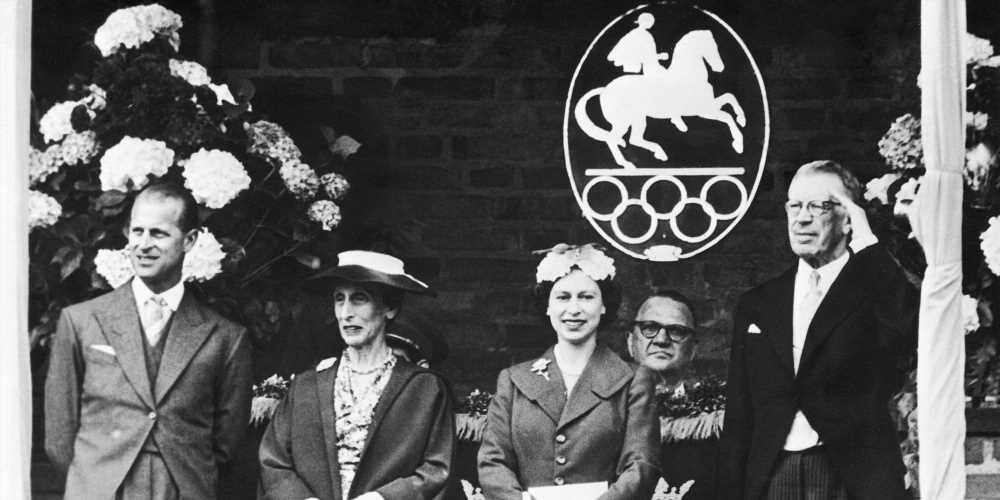 The Olympics this year will take place under new requirements. Family will not be able to see Olympic dreams come true. The famously sex-filled Olympic Village will be chaste, though competitors will get to take home free condoms. Meals are to be eaten in solitude. Things are, of course, subject to change, but the general gist, according to the IOC, is this: Athletes will have to quarantine for at least three days upon arrival in Tokyo. Should an athlete test positive for the novel coronavirus, they will stay isolated and will not be allowed to continue competing. Anyone exposed to COVID may be required to stay in a private room and separate themselves during competition. Given that athletes are not required to be vaccinated to participate in the Games, and Japan's vaccination rates sit slightly above 16%, we're going to be hearing the word "quarantine" a lot throughout these Games.

This isn't the only time the Olympics have had to deal with quarantines. In 1956, the Games were held in Melbourne, Australia. Every event, that is, except the equestrian ones. Back then, Australia had a mandatory six-month quarantine for all horses entering the country, and they were not about to budge for even the most prize-winning ponies. Unwilling to change up for the Olympics, the host country demanded equestrian events be held elsewhere. Enter Stockholm, Sweden, nearly 10,000 miles away, which beat out Rio, Berlin, Paris and LA for the right to host the "Equestrian Games," and make them their own.

There was an Opening Ceremony and everything. The King and Queen of Sweden had special guests in tow — the Queen of England and the Duke of Edinburgh. The royal duo had been paying an official visit to Sweden and decided to stay an extra week. The Royal Procession led the Opening Ceremonies, with King Gustaf VI Adolf of Sweden and Queen Elizabeth in the first carriage. (Prince Philip joined Queen Louise in the second one.) The royal couple then joined their Swedish counterparts in the royal box, where they waved to the crowd. Princess Margaret also joined, and there were even rumors of a potential "romantic attachment" between the Princess and Swedish Prince Bertil, but that was quickly squashed, as it was reported that the Prince was "more interested in the equestrian games than in the princess."

But Queen Elizabeth didn't just happen to bump into the Games while in Sweden. She had a rooting interest. Her horse, Countryman III, was ridden in the team eventing competition. Queen Elizabeth and Princess Margaret were seen paying a visit to one of the courses, and they were on the sidelines watching the Queen's horse during the competition, even braving the heavy rain, along with 40,000 adoring fans. She must've been good luck — Great Britain won the team eventing competition. To celebrate, the Queen hosted a victory party on the Brittania. (In 2012, another royal took home an equestrian medal; Zara Anne Elizabeth Tindall, daughter of Princess Anne, won silver, also in team eventing.)

VIDEO: Here's How Simone Biles Is Ignoring the Haters Ahead of the Tokyo Olympics

The 1956 Equestrian Games, as they're known, are not well-known. There's no official merchandise, no joint posters of Melbourne and Stockholm. (Though there is a purported ticket for the Equestrian Opening Ceremonies available on eBay for $199, and listed as "VERY RARE!!!") Now, however, this oddity of Olympic history finally has some relevance — it's the last time quarantine regulations changed the Games. Though, it isn't the only time an Olympic event had to take place elsewhere. At the 1920 Games in Belgium, one sailing event moved to nearby Amsterdam, but that was due to issues with the tides.

We don't know yet how the 2021 Olympics in Tokyo will unfold. There's plenty of scandal already swirling, from Sha'Carri Richardson's exclusion from Track and Field to the controversial rule change around breastfeeding mothers who couldn't, and then could, bring their babies to Tokyo. There won't be a visit from Her Majesty. But there will be a Games, quarantines be damned. And there certainly are worse ways for the world to emerge from its shadows.

Jeremy Fuchs is a freelance writer, whose work has been featured in Sports Illustrated, Indianapolis Monthly, Golf Magazine and others. He found this odd bit of Royal history while researching his book, Total Olympics, which is out now.