Home » Lifestyle » The Beatles: Paul McCartney was arrested and went to Japanese prison after drug charge 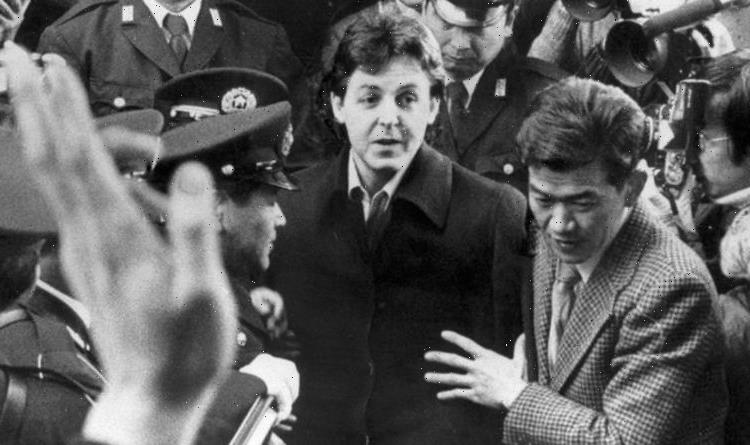 The Beatles: Paul McCartney was arrested and went to Japanese prison after drug charge

Queen is 'very down to earth' says Sir Paul McCartney

Ten years after The Beatles had split up in 1970, Paul McCartney, John Lennon, George Harrison and Ringo Starr had all gone their own ways. Each member of the band had begun working on some solo music, or worked with new musical groups. McCartney created a band with his wife, Linda McCartney, called Paul McCartney and Wings. They started performing in 1971, but nine years into their journey, a Japanese tour brought them to their knees.

SCROLL DOWN TO WATCH PAUL MCCARTNEY TALK ABOUT GETTING ARRESTED

On January 16, 1980 McCartney and his entourage landed in Tokyo, Japan, to continue their ongoing tour of Asia.

As soon as he reached customs, McCartney was arrested by the Tokyo police for possessing nearly half a pound of marijuana.

The criminal justice system is very harsh on drug offences in Japan, so McCartney was looking at a staggering seven-year sentence in prison.

Despite the enormous amount of cannabis in his suitcase, the rock star assured the authorities it was intended for personal use, and not distribution. 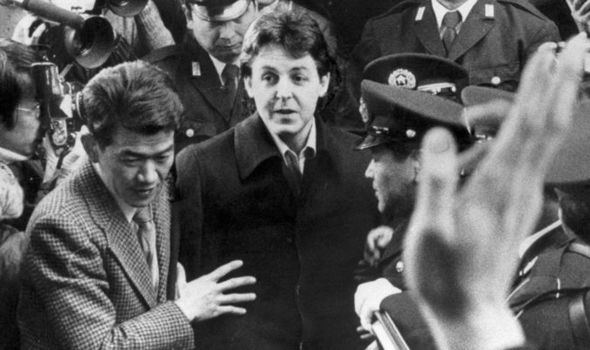 The amount of weed McCartney had in his suitcase was enough that it would warrant a smuggling charge.

As soon as he got out of customs, the former member of the Fab Four was placed in a Tokyo jail.

He remained in prison for nine days before he was eventually released, avoiding any real punishment.

After being released from prison, McCartney was deported from Japan and did not return for a decade.

SCROLL DOWN TO WATCH PAUL MCCARTNEY GET ARRESTED 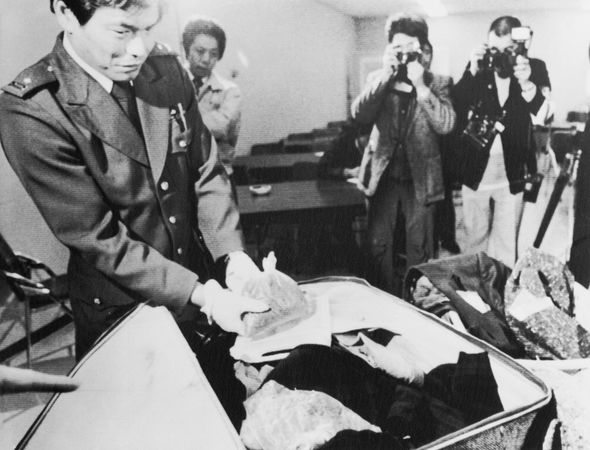 What do you think? Should Paul McCartney have suffered the full seven-years imprisonment? Join the debate in the comments section here

McCartney went back to Japan in 1990 on The Paul McCartney World Tour.

All the money he earned from the tour in the country he donated to charity.

In 2004 McCartney commented on his arrest. He said: “We were about to fly to Japan and I knew I wouldn’t be able to get anything to smoke over there … This stuff was too good to flush down the toilet, so I thought I’d take it with me.”

Speaking about the moment he got caught, he added: “When the fellow pulled it out of the suitcase, he looked more embarrassed than me.” 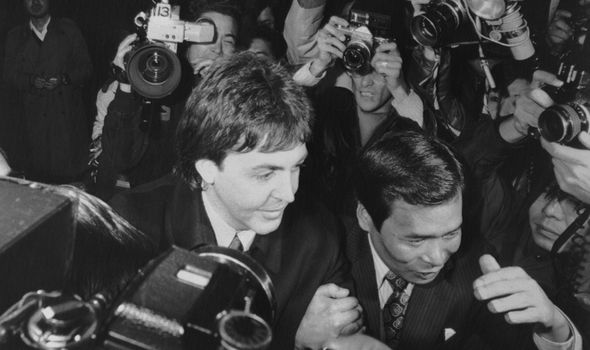 McCartney went on: “I think he just wanted to put it back in and forget the whole thing, you know, but there it was.”

Speaking in 2018 to James Corden, the star recalled the situation once again.

He said: “I still am hazy as to how that happened but it did. I had some marijuana in my suitcase and I ended up in jail [for] nine days. Scary!”

Speaking once again about getting caught, the star continued: “The guy goes: ‘Oh! [makes incoherent sound]’ I said: ‘Well, what did he say?’ He says: ‘Seven years hard labour.’ And actually, that was the sentence for what I’d done.”

Despite spending over a week in prison, McCartney was quite jovial about the whole situation.

“So we all went in there and it was fun, y’know, being in the tub with all these Japanese guys.”

Covid vaccine: The symptom of COVID-19 ‘only in people who’ve been vaccinated’