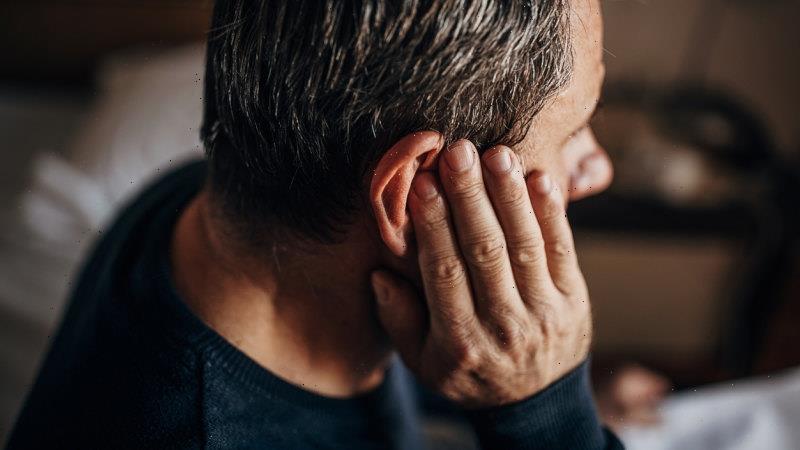 The devastating ways depression and anxiety affect the body

It’s no surprise that when a person gets a diagnosis of heart disease, cancer or some other life-limiting or life-threatening physical ailment, they become anxious or depressed. But the reverse can also be true: Undue anxiety or depression can foster the development of a serious physical disease, and even impede the ability to withstand or recover from one.

The potential consequences are particularly timely, as the ongoing stress and disruptions of the pandemic continue to take a toll on mental health. 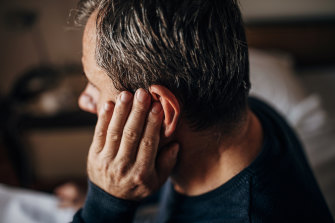 Persistent depression can exacerbate a person’s perception of pain and increase their chances of developing chronic pain.Credit:iStock

The human organism does not recognise the medical profession’s artificial separation of mental and physical ills. Rather, mind and body form a two-way street. What happens inside a person’s head can have damaging effects throughout the body, as well as the other way around. An untreated mental illness can significantly increase the risk of becoming physically ill, and physical disorders may result in behaviours that make mental conditions worse.

In studies that tracked how patients with breast cancer fared, for example, Dr David Spiegel and his colleagues at Stanford University School of Medicine showed decades ago that women whose depression was easing lived longer than those whose depression was getting worse. His research and other studies have clearly shown that “the brain is intimately connected to the body and the body to the brain,” Spiegel said in an interview. “The body tends to react to mental stress as if it was a physical stress.”

Despite such evidence, he and other experts say, chronic emotional distress is too often overlooked by doctors. Commonly, a physician will prescribe a therapy for physical ailments like heart disease or diabetes, only to wonder why some patients get worse instead of better.

“The brain is intimately connected to the body and the body to the brain. The body tends to react to mental stress as if it was a physical stress.”

Many people are reluctant to seek treatment for emotional ills. Some people with anxiety or depression may fear being stigmatised, even if they recognise they have a serious psychological problem. Many attempt to self-treat their emotional distress by adopting behaviours like drinking too much or abusing drugs, which only adds insult to their preexisting injury.

And sometimes, family members and friends inadvertently reinforce a person’s denial of mental distress by labelling it as “that’s just the way he is” and do nothing to encourage them to seek professional help.

How common are anxiety and depression?

Anxiety disorders affect nearly 20 per cent of US adults, and around 14 per cent in Australia. That means millions are beset by an overabundance of the fight-or-flight response that primes the body for action. When you’re stressed, the brain responds by prompting the release of cortisol, nature’s built-in alarm system. It evolved to help animals facing physical threats by increasing respiration, raising the heart rate and redirecting blood flow from abdominal organs to muscles that assist in confronting or escaping danger.

These protective actions stem from the neurotransmitters epinephrine and norepinephrine, which stimulate the sympathetic nervous system and put the body on high alert. But when they are invoked too often and indiscriminately, the chronic overstimulation can result in all manner of physical ills, including indigestion, cramps, diarrhoea or constipation, and an increased risk of heart attack or stroke.

Depression, while less common than chronic anxiety, can have even more devastating effects on physical health. While it’s normal to feel depressed from time to time, more than 6 per cent of US adults have such persistent feelings of depression that it disrupts personal relationships, interferes with work and play, and impairs their ability to cope with the challenges of daily life. Persistent depression can also exacerbate a person’s perception of pain and increase their chances of developing chronic pain.

“Depression diminishes a person’s capacity to analyse and respond rationally to stress,” Spiegel said. “They end up on a vicious cycle with limited capacity to get out of a negative mental state.”

Potentially making matters worse, undue anxiety and depression often coexist, leaving people vulnerable to a panoply of physical ailments and an inability to adopt and stick with needed therapy.

A study of 1,204 elderly Korean men and women initially evaluated for depression and anxiety found that two years later, these emotional disorders increased their risk of physical disorders and disability. Anxiety alone was linked with heart disease, depression alone was linked with asthma, and the two together were linked with eyesight problems, persistent cough, asthma, hypertension, heart disease and gastrointestinal problems.

Although persistent anxiety and depression are highly treatable with medications, cognitive behavioural therapy and talk therapy, without treatment these conditions tend to get worse. According to Dr John Frownfelter, treatment for any condition works better when doctors understand “the pressures patients face that affect their behaviour and result in clinical harm.”

Frownfelter is an internist and chief medical officer of a startup called Jvion. The organisation uses artificial intelligence to identify not just medical factors but psychological, social and behavioural ones as well that can impact the effectiveness of treatment on patients’ health. Its aim is to foster more holistic approaches to treatment that address the whole patient, body and mind combined.

The analyses used by Jvion, a Hindi word meaning life-giving, could alert a doctor when underlying depression might be hindering the effectiveness of prescribed treatments for another condition. For example, patients being treated for diabetes who are feeling hopeless may fail to improve because they take their prescribed medication only sporadically and don’t follow a proper diet, Frownfelter said.

“We often talk about depression as a complication of chronic illness,” Frownfelter wrote in Medpage Today in July. “But what we don’t talk about enough is how depression can lead to chronic disease. Patients with depression may not have the motivation to exercise regularly or cook healthy meals. Many also have trouble getting adequate sleep.”

This article originally appeared in The New York Times