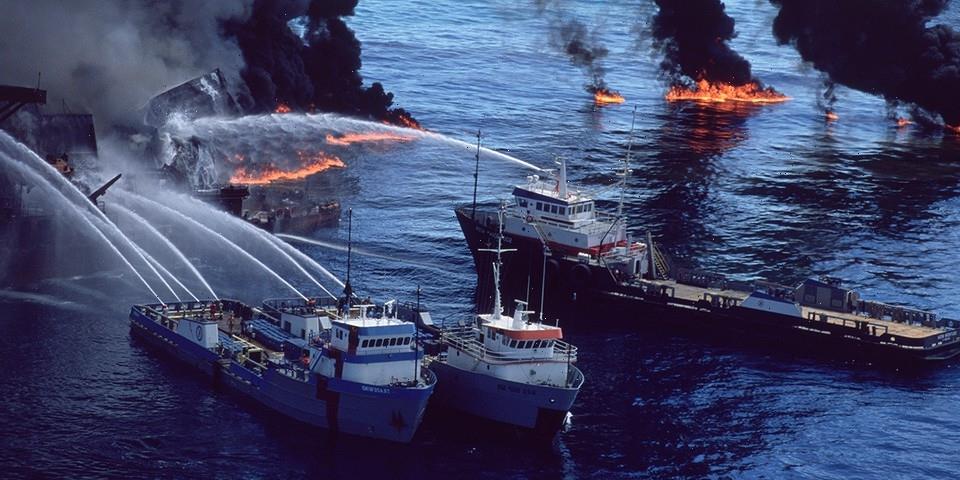 Footage of a Petróleos Mexicanos, or Pemex, gas leak has been trending on Twitter. What looks to be a scene straight out of a Hollywood film, is in fact, a large fire on the surface of the Gulf of Mexico due to a gas leak from an underwater pipeline.

Many were left in awe after seeing the ocean on fire with the internet calling it the Eye of Fire and the Gate to Hell. Resembling molten lava, the fire was traced back to a pipe that was connected to Pemex’s flagship Ku Maloob Zaap oil field. The Ku Maloob Zaap is made up of 82 drilling wells and 17 oil platforms and was, at one point, responsible for producing over 800,000 barrels of oil a day. With the decline in production, due to the lack of reinvestment in new extraction tech, the state-owned petroleum company has hit almost $114 billion USD in debt.

The fire was put out in roughly five hours with the help of the firm’s fireboats. While the leak did not produce any spill in the ocean, many are using this incident as a chance to voice out the detrimental impact that offshore drilling has on Mother Nature.

In other news, Antarctica has just recorded its highest temperature ever.
Source: Read Full Article

Android warning: DON’T download another app until know about these nasty new threats