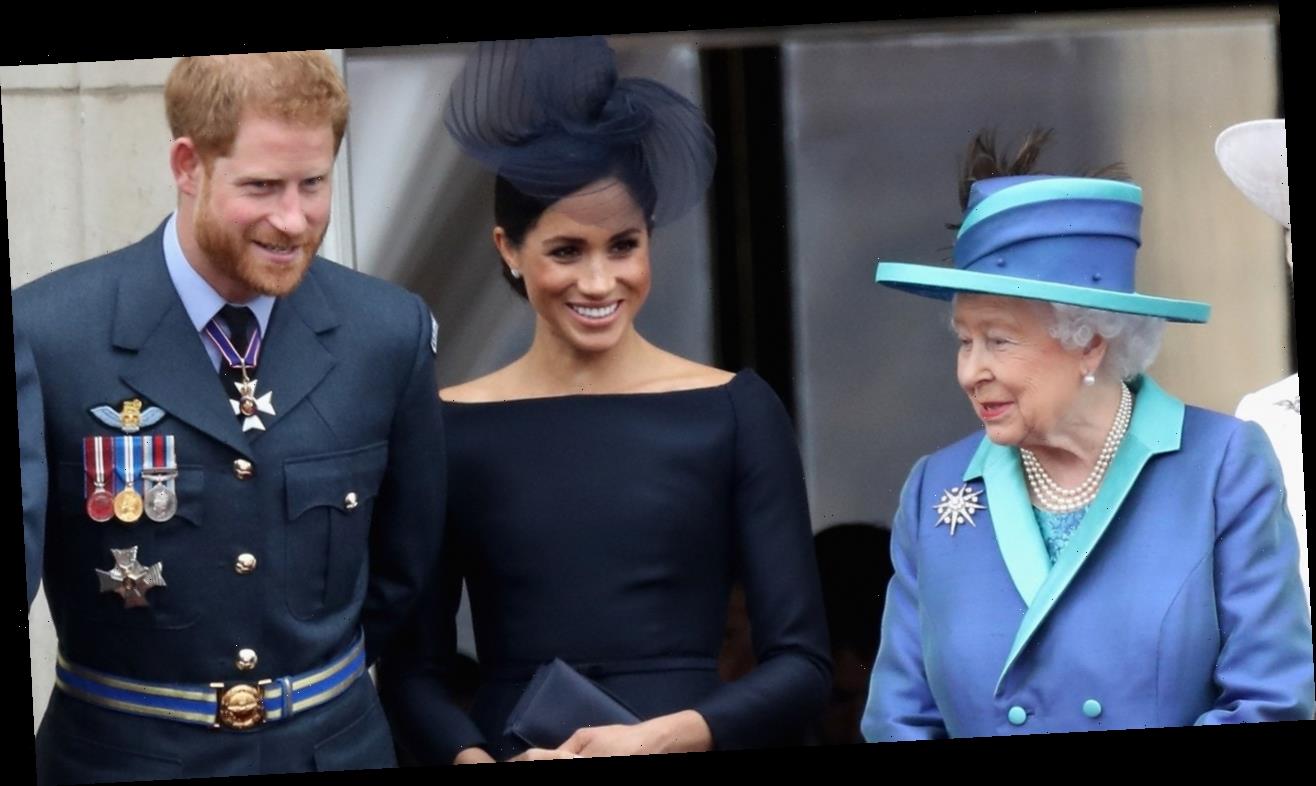 As Meghan Markle and Prince Harry wrap up their final royal engagements before heading back to their new lives in Canada, they spent some quality time with Queen Elizabeth II at church on Sunday morning, March 8.

The Queen invited the Duke and Duchess of Sussex to join her for church service in Windsor, marking what is believed to be the first time Markle will have seen the monarch since the couple announced they were stepping down from their roles as senior members of the royal family. (Prince Harry has sat down with his grandmother and other members of the Royal family several times since the announcement, but Markle remained in Canada with the couple's son Archie.)

"It was a really sweet gesture that the Queen asked them to church," a source told People. "It’s telling in the sense that these two are still her family. And as a family, they all love each other."

In photos obtained by the outlet, Prince Harry was seen driving his wife to the Royal Chapel of All Saints as Markle smiled and waved at fans.

This is only the third time we've seen Markle since the pair announced they were stepping down from their royal duties. This week, the couple made a joint appearance at the annual Endeavour Fund Awards in London before attending the Mountbatten Festival of Music at the Royal Albert Hall in London in matching red ensembles.

Tonight in London, for their third consecutive year, The Duke and Duchess of Sussex attended the annual Endeavour Fund Awards, which celebrates the achievements of those veterans injured in service who have taken part in remarkable sporting and adventure challenges over the last year. By choosing to take on what seems impossible, these men and women not only set goals for themselves but have also inspired millions of people around the world. These annual awards bring together The Duke and The Duchess alongside wounded, injured and sick Service personnel and veterans as well as their families, friends and supporters of the military community. The Duke, who founded the @EndeavourFund, spoke on the night: • “The Endeavour Fund came from seeing the gaping hole that can be left after taking off that uniform. The power that sport and adventurous challenge plays in recovery, yes; but most of all – the chance to be part of a team again while attempting to achieve unthinkable challenges – as if being shot or blown up wasn’t enough, you guys continue to impress, inspire and challenge what it means to have a life changing injury.” • Since its launch in 2012, the Endeavour Fund has supported 108 projects that have directly assisted over 6,000 of those injured in service. Congratulations to all those who participated in endeavours over the last year and inspired others to push the boundaries of what’s possible! #EndeavorFundAwards

The reunion follows the Queen's emotional statement from earlier this year, emphasizing that "Harry, Meghan and Archie will always be much-loved members" of her family.

"I recognise the challenges they have experienced as a result of intense scrutiny over the last two years and support their wish for a more independent life," she said in the statement. "I want to thank them for all their dedicated work across this country, the Commonwealth and beyond, and am particularly proud of how Meghan has so quickly become one of the family. It is my whole family’s hope that today’s agreement allows them to start building a happy and peaceful new life.”

The Sussexes are also set to attend the Commonwealth Day service on Monday, March 9, where they will reunite with Prince Charles, Camilla, Prince William, and Kate Middleton in public for the first time since this all began in January.

NHS will get 'whatever is needed' to cope with coronavirus in Budget and chaos WON'T delay Brexit, Chancellor says