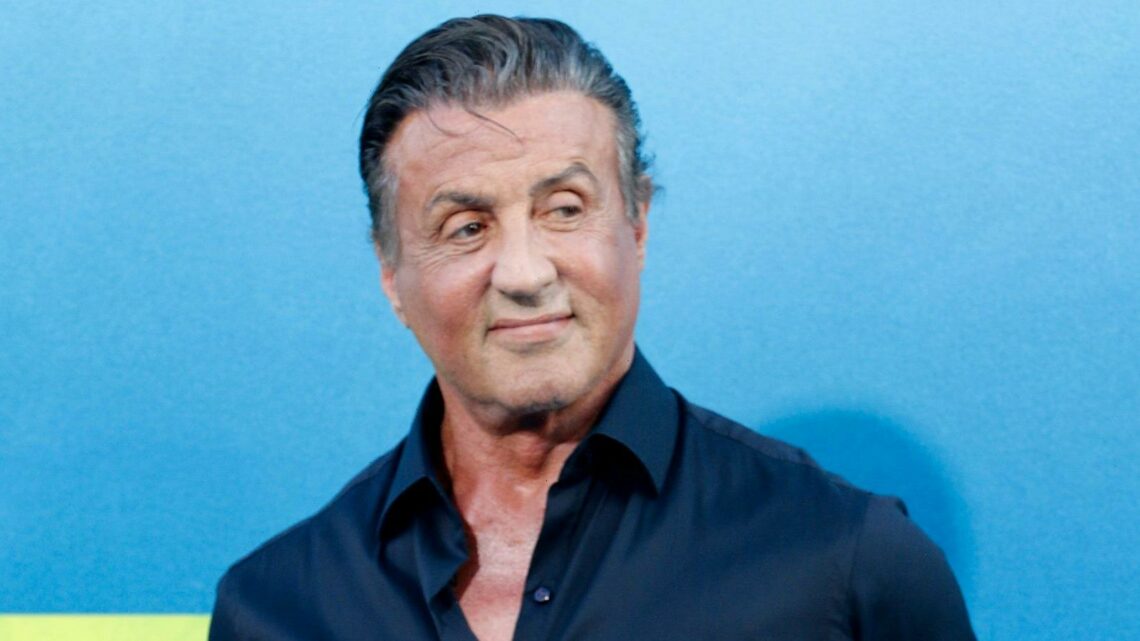 He’s a rare Hollywood star in the fact that many of the movies that earned him a net worth of $400 million were written, produced, or directed by him. Sylvester Stallone wrote the screenplay for his debut film, Rocky, in just three days, according to Celebrity Net Worth, and in 1982, it skyrocketed to fame.

The ‘Rambo’ star was born in Hell’s Kitchen, Manhattan, grew up in and out of foster care, and knows what’s it’s like to face evictions, struggling to find food and shelter, and getting elite Hollywood producers to look at his work. That paid off in the end, however, as Stallone has maintained a stellar career with his own production company, Balboa Productions, living in a $130 million mansion with neighbors like Eddie Murphy, Mark Wahlberg, and Denzel Washington and, of course, a massive car collection that most of us can only dream about.

Check out the top cars in Stallone’s collection to date.

The sleek black Bugatti cost Stallone a whopping $1,700,000 and is one of the most expensive vehicles on the road today. According to Hot Cars, this sports car is likely to cost $20,000 just for an oil change and depreciates approximately $1,500 for every 1,000 miles driven. Fun fact, Stallone and his close friend, Arnold Schwarzenegger, both own one of these luxury cars.

As a gift to himself, the ‘Creed’ star purchased the $124,595 Benz as a celebration of his run playing Rocky Balboa. As one of the most expensive Mercedes models in production, the vehicle is known for off-road performance and luxury interior.

Already a rare vehicle to have in your car collection, the Scaglietti is known for its customization. Fitted with a 12-cylinder engine, with a top speed of 196 mph and an electrochromic roof, it is rare among luxury vehicles. According to Celebrity Cars Dubai, Ferrari offers three dashboard options that include sporty light aluminum, burnished aluminum, or classic leather trim.

Yet another Ferrari the icon owns features a one-of-a-kind powerpack to give the ultimate vehicle performance. As one of the most elite sports cars in the world, the Mansory is likely a precious addition to Stallone’s collection.

At the top of the line when it comes to Mercedes options, Stallone has been seen driving through town in this sleek sports car, complete with a turbocharged V12 engine and lightweight design. The SL65’s performance is only matched by its classy exterior and top-of-the-line amenities..

Designed by Stallone for his film Cobra, the Mercury cost a sweet $250,000 and was dubbed the ‘Cobra Car’. According to Polytrendy, in 1994, the car was stolen from his garage, and despite being heartbroken, Stallone never quit searching for it, reuniting with the special vehicle after 17 years and making the car somewhat of a legend in car collectors circles.

Sly proves with this unique classic that he appreciates the style and power behind an old-fashioned hot rod. The custom-built vehicle stands apart from his collection of muscle cars and luxury vehicles but is the envy of most car enthusiasts. While not a daily driver, Stallone can be seen coasting down Hollywood Boulevard from time to time in the classic.

The classic sports car is packed with a powerful V8 engine in the two-seater, giving it plenty of punch when cruising around in one of the most expensive Corvette models available. The hefty price tag is a result of pristine performance and lightweight design.

Despite the world chuckling at the Italian owning a ‘Gina Camaro’, Stallone didn’t falter when purchasing what he considers one of the best in his collection. The silver luxury car is a departure from models of the past, and we see Stallone enjoying the vehicle, driving it to dinner every now and again.

Make luxury money and purchase luxury vehicles. Stallone drives his Aston Martin, perhaps more often than any other in his collection. We know the superstar enjoys a classic ride, but the Aston Martin is perhaps more of a status symbol than realistic transportation.

Another car was seen driven by Stallone frequently is the classic custom Ford Mustang. You can spot him easily, due to the custom paint job, with a bright red body, blacktop, and unique design along both sides. While Ford isn’t always the best brand in collector’s circles, the flashy luxury of Stallone’s custom car can’t be matched.

Another vehicle used in one of Stallone’s films now sits in his garage as a part of his insane collection. In Demolition Man, Stallone plays a cop released from cryogenic captivity and drives a car that can operate by itself. Set in the year 2032, the idea that the Ultralite could drive itself offered comic relief to an otherwise action-packed film.

READ NEXT: Top 15 Most Iconic Action Stars To Flex Their Way Into Film

Jude Law Learned To Cook Vegetarian Meals For His Kids: 'I Had To Respect Their Choices'