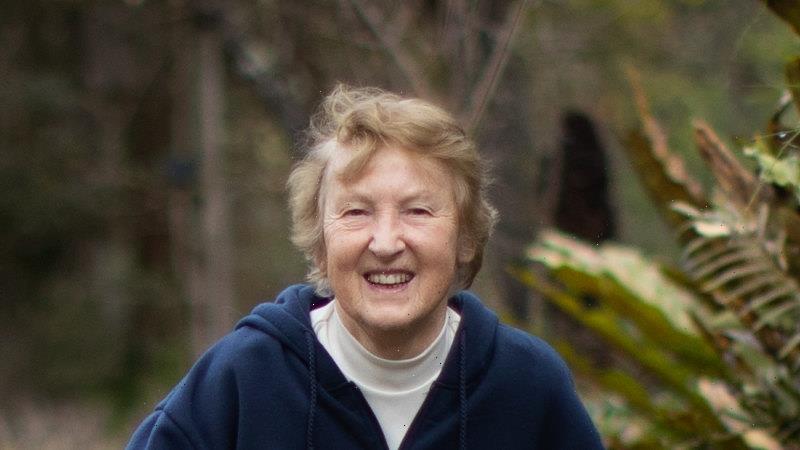 If she was starting her garden over, Beverley Hanson says she wouldn’t do anything differently and that’s saying something because she has been tending the same patch of earth since 1969.

In this age of high-frequency house moving, Hanson has stayed put for a novel 53 years. When she and her husband John bought four hectares (10 acres) in Warrandyte, she was just 27. She had no idea where their boundaries were but knew exactly the sort of garden she wanted. 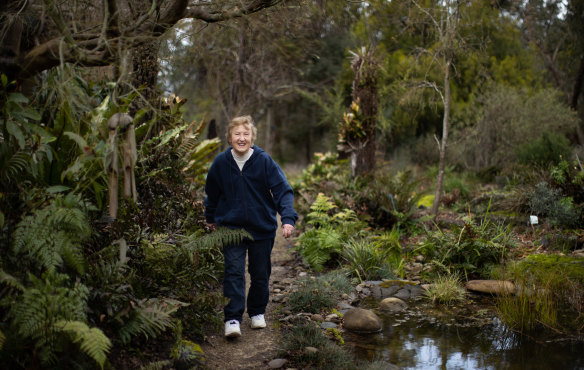 Beverley Hanson has been tending the same four-hectare garden for 53 years Credit:Simon Schluter

Hanson was part of a band of designers and horticulturalists who, in the 1960s and ’70s, started changing perceptions of what gardens could be. At a time when English-style borders and hardline hedges were the prevailing norm, Hanson zeroed in on wattles and wildflowers.

When her garden is open to the public next weekend, it will shine a light on a natural landscaping style that emerged – more than half a century ago – in the bushy environs of Warrandyte and Eltham. 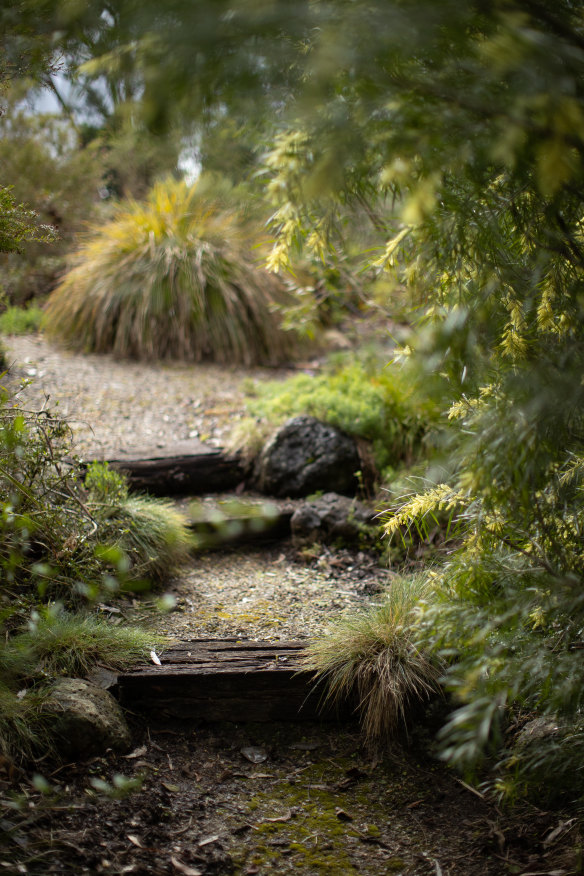 And in a sense, it also will also opens a window onto the work of Ellis Stones, one of the pioneers of this creative movement, who Hanson names as her biggest influence “for sure”.

Hanson worked Ellis for five years in the 1960s and his way with rocks, water and native plants not only permeated Hanson’s own garden but the many gardens she went onto design in her own practice. 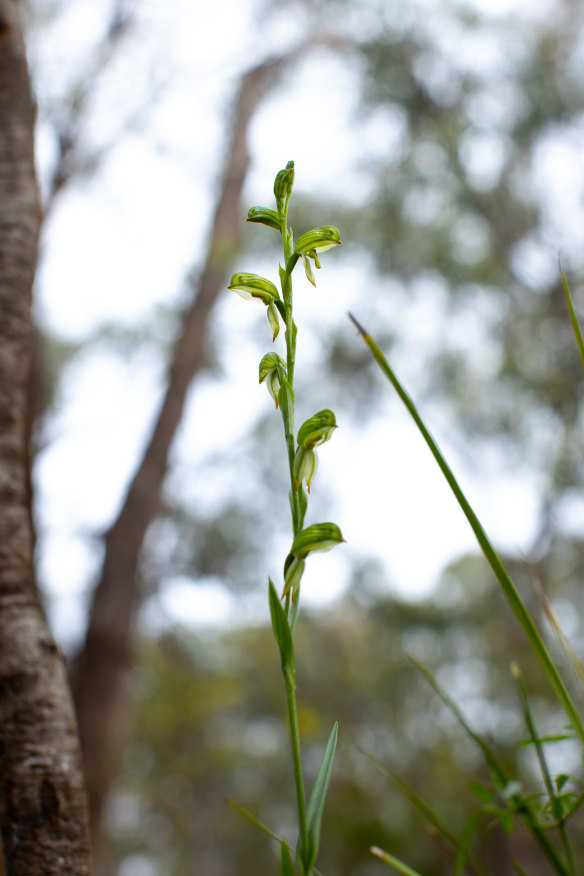 Just as Stones was a master at restraint, one of the first things you notice about Hanson’s garden is how very unobtrusive it feels. There are few hard structures, no dramatic pruning and an overall atmosphere of calm. Bells and whistles this place is not.

The landscaping around the house has been fashioned into a series of naturalistic garden ‘rooms’, permeated by winding paths that gradually lead out into the wilder more forested parts of the block.

While Hanson has included some exotic plants, including camellias, rhododendrons and wisteria close to the house, her main aim was to make a garden that gradually merged with the indigenous bush. “A lot of people would put a wall along there,” she says pointing to where a sloping expanse of lawn falls away into stands of Red Box, Long-Leaf Box and other local eucalypts. “But I have always wanted it to look as if it’s just the lie of the land.”

Her advice to anyone embarking on a similar project now is to take your time and “tread carefully”. “Don’t immediately bring in bulldozers and other equipment that scrapes the ground floor but wait to see what plants come up.”

The next step, she says, is to think about the trees you want and where. “They are the important things because they are going to be there forever. “You also need to get the rocks, steps and hard landscaping in. I call that the backbone and, if you get it all right at the start, it shouldn’t need changing.”

It also helps if you have the ability to look at a parcel of land and imagine how it will look once landscaped.

“I used to be fascinated about how Ellis Stones could visualise things,” Hanson says. “It was like those magic books where you could look at pictures and see something different. But then it just comes to you and you can start visualising gardens too. I just grew into it.” 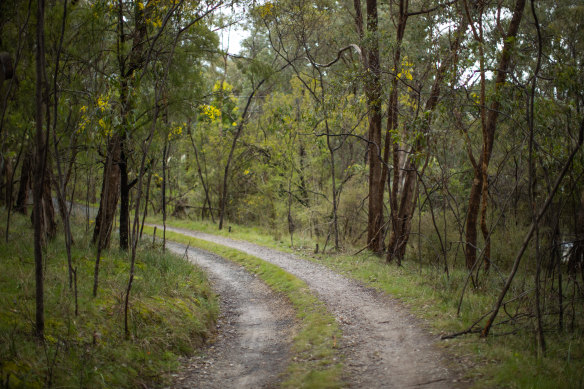 The driveway is surrounded by local eucalypts and wattlesCredit:Simon Schluter

She also grew into her Warrandyte land, which although cleared in the 1850s had retained in tact many of its ground floor plants. In her first seasons on the property, Hanson watched in wonder as 27 different types of ground orchids appeared, an expanse of chocolate lilies erupted, carpets of hardenbergia spread and other local plants flourished.

Over the decades the Hansons kept weeding these more bushy parts and generally kept close tabs on the garden she made around the house they built in 1972.

It’s been a long and rewarding experience. While her age, a bad back, and the fact her husband is also unwell, now limits how much gardening she can do and she has started employing people to help, she is still pulling weeds and striking cuttings of paper daisies in her kitchen.

“If I have a bit of time and something needs doing I will do it. I would much rather be out there than in here (her living room.) I just love the outdoors. I couldn’t live without a garden.”

But not many 27-year-olds get to embark on one of this scale now.

The Hanson Garden, 104 Webb Street, Warrandyte, is open 10am to 4.30pm on Saturday 3 September and Sunday 4 September, $10. Go to opengardensvictoria.org.au for more information.