Home » Lifestyle » The Summer I Turned Pretty Author Jenny Han on Becoming a Showrunner for the First Time: It Was a Baptism by Fire 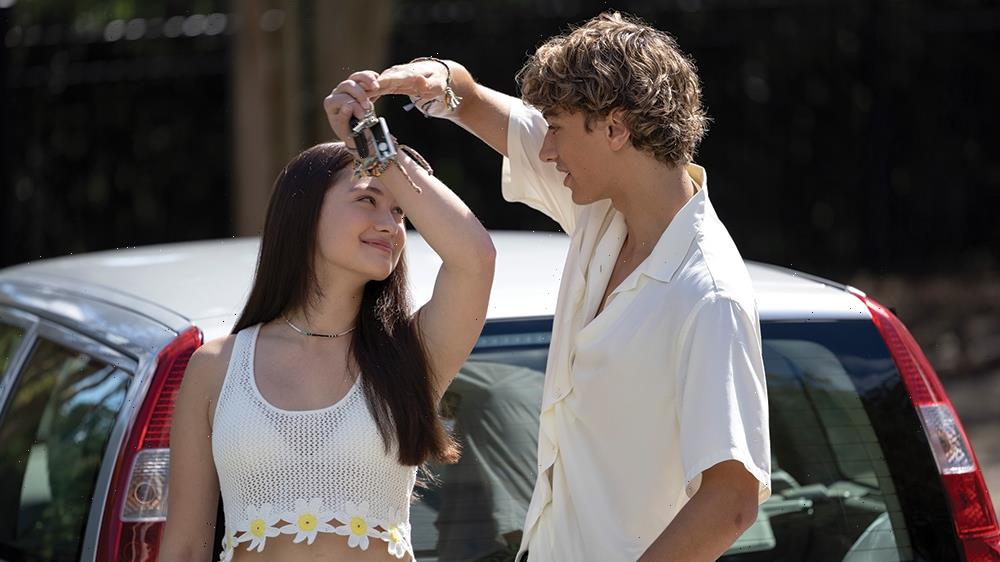 The Summer I Turned Pretty Author Jenny Han on Becoming a Showrunner for the First Time: It Was a Baptism by Fire

‘The Summer I Turned Pretty’ Author Jenny Han on Becoming a Showrunner for the First Time: ‘It Was a Baptism by Fire’

With the June 17 debut of “The Summer I Turned Pretty,” Jenny Han’s career has taken another big leap forward. The bestselling YA author of “To All the Boys I’ve Loved Before” had a hands-on role in Amazon Prime Video’s upcoming adaptation of “The Summer I Turned Pretty,” her 2009 coming-of-age novel about a teenage girl, serving as creator and co-showrunner on the series.

“It’s been a long time in the making,” says Han, who began writing YA novels in her early 20s. “There has been quite a lot of interest in ‘The Summer I Turned Pretty’ over the years, but it never felt like the right fit because deep down I realized I wanted to do it myself.”

But Han didn’t have any screenwriting experience at the time and ran into lingering resistance to authors adapting their own work. That attitude began to ease, and Han made a deal to adapt “The Summer I Turned Pretty” before “To All the Boys” debuted on Netflix in 2018.

Greenlight secured for the Wiip Studios co-production with Amazon, Han set about updating the novel for contemporary audiences. That meant incorporating more texting and social media into the storytelling and changing one of the characters to be more sexually fluid.

“To me, the essence of the character is still the same,” Han says. “It’s just, how would I write this person in 2022 versus how I wrote them 13 years ago?”

The core story still revolves around Belly, an Asian American girl who has complicated feelings for two brothers that her family shares a beach house with each summer. Newcomer Lola Tung plays the lead character and narrator in the series, which features a diverse cast including Gavin Casalegno, Christopher Briney and Jackie Chung.

Han calls the showrunning experience on “Pretty” “a baptism by fire,” noting that although she picked up producing experience on the two later “To All the Boys” movies, she hadn’t written for TV before. “Here I was co-running a room and co-running a show, and I think one of the biggest surprises is how much it is basically being air traffic controller, and people come to you all day with problems to be resolved in a very managerial way,” she says. “You’re in charge of the story, and you have a lot of people who are coming to you for answers.”

Overall, she enjoyed the collaborative nature of the process. The pandemic created unexpected challenges, however. The writers’ room was conducted over Zoom, as were casting sessions. And then at the last minute, production had to shift from Canada to North Carolina due to “maritime bubble” travel restrictions.

“COVID gave us a lot of that kind of excitement,” Han says.

Now with Amazon gearing up marketing for the TV debut of “Pretty,” the book is back on the New York Times bestseller list for children’s series, and Han is looking forward to fans and newcomers checking out the show. “As long as original fans feel satisfied, I will feel like I’ve done what I set out to do,” she says.

As with “To All the Boys,” “The Summer I Turned Pretty” is part of a book trilogy, and Han hopes each novel will be adapted for TV. (Amazon picked up a second season after this story went to press.) But in the meantime, the busy creative has been in South Korea serving as co-showrunner on “XO Kitty,” the upcoming Netflix TV spinoff of “To All the Boys” that stars Anna Cathcart. Production is about to wrap.

Rest assured, however, that Han does not plan to give up writing novels any time soon.

“I will never go fully Hollywood,” she says. “I think books are at my core, and I will always write books. It’s just a matter of finding time.”

Brook and Wilde mattress review: A top quality luxury mattress, with a price to match | The Sun
Recent Posts