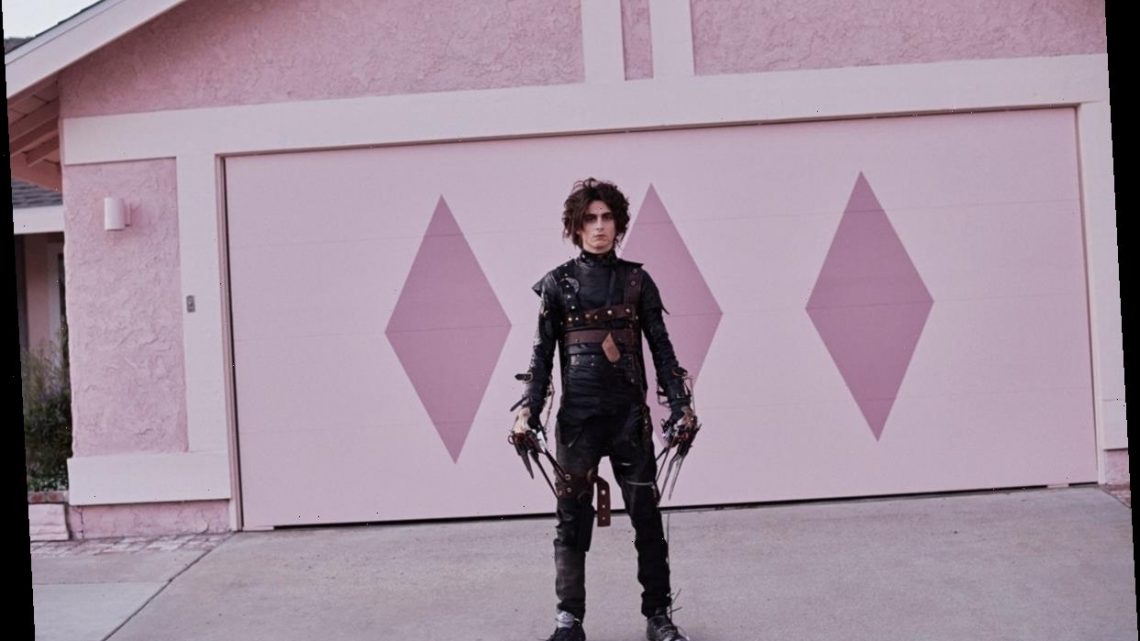 Super Bowl commercials are always full of celebrity cameos, and 2021 is no exception. After having to go a year with hardly any Timothée Chalamet, many fans were understandably psyched to learn the actor would make an appearance in one of the ads. To make things even better, he’s playing Edgar, the son Johnny Depp’s iconic character Edward Scissorhands. Timmy stans soon took to social media to express their excitement about his unexpected role, and tweets about Timothée Chalamet in Cadillac’s Super Bowl ad all say the same thing: It should be turned into a movie!

The actor appears in the ad alongside Edward Scissorhands star Winona Ryder. She played Edward’s love interest, Kim, in the 1990 original movie, and now reprises her role as Edgar’s mom. "This is the story of a boy with scissors for hands," she narrates. The commercial follows a day in the life of Edgar, who can’t seem to catch a break thanks to his unconventional hands. Nothing seems to go right for him, from getting stuck in a chain link fence to accidentally deflating a football during a game of catch.

But when Edgar’s mom buys him a Cadillac with a hands-free cruise control option, his life changes for the better. If you think about it, Chalamet as Edward’s son is pretty perfect casting; he and Depp’s character are both pale, sweet-eyed guys with wild dark hair. Basically, he totally nails the role, as you can see for yourself below.

When the commercial dropped online before the big game, many fans were shook at how well Chalamet embodied Edward (and Edgar) Scissorhands.

Chalamet’s sweet performance even convinced many viewers that an Edwards Scissorhands remake or sequel should be in the works.

Playing Edward Scissorhands’ son may have a little bit awkward for Chalamet, who recently dated Depp’s daughter, Lily-Rose Depp. But as the 25-year-old actor told Vogue in a Feb. 7 interview, playing the role was a dream come true.

"I grew up an enormous Tim Burton fan," he explained. "And while the projects I’ve been lucky enough to be a part of have often been grounded in realism, and grounded in this universe, I’ve been increasingly—especially as I’ve gotten to know Tim over the past couple of months—drawn to fables and stories that get to the essence of who we are in fantastical fashion."

Fingers crossed we’ll get to see Chalamet and Ryder together again on the big screen!