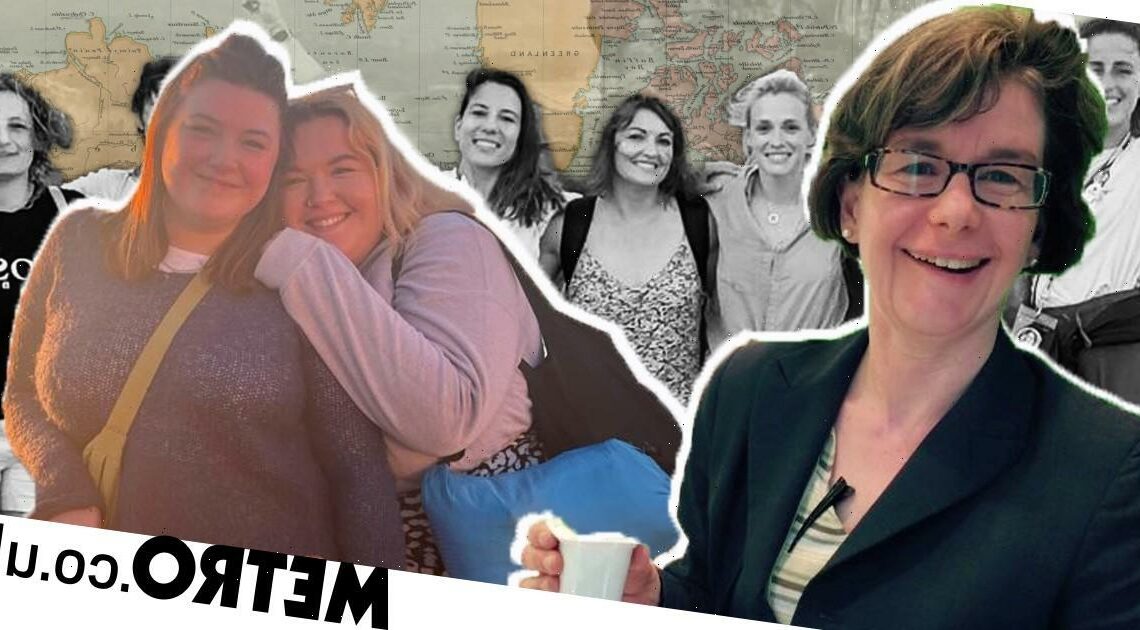 These women met their best friends while solo travelling 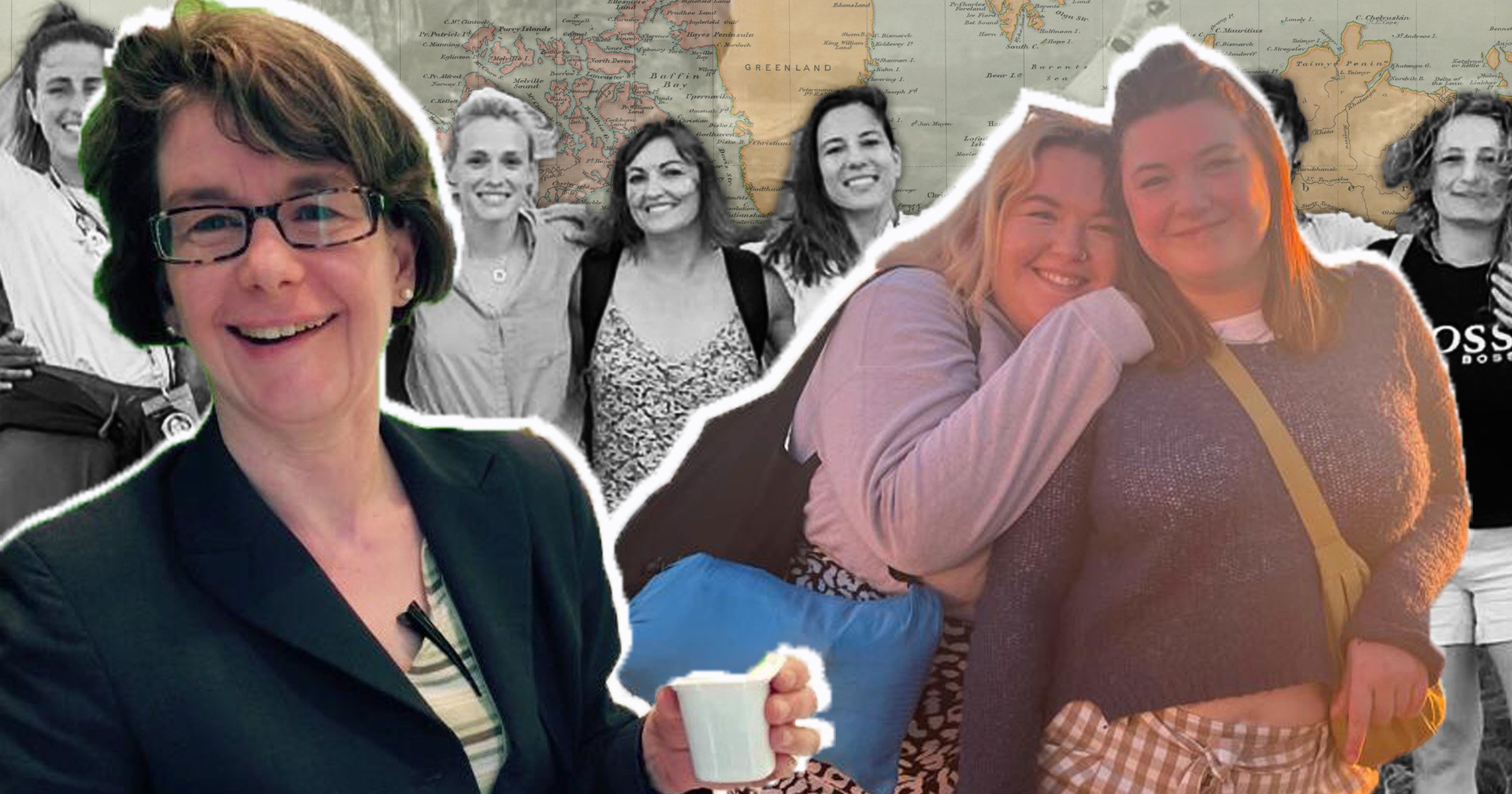 Solo travel has become one of the most popular ways to see new countries, and there’s no sign that it’s slowing down – especially for women.

New research by travel company WeRoad, which surveyed 2,065 women, found that 65% had already travelled solo, with more than two in five (43%) choosing to do so to help them step out of their comfort zone and a third (33%) to try something new.

If you’re not accustomed to spending much time alone, it can be difficult to wonder why anyone would want to jet off to a foreign country with nothing but their suitcase and a few pre-downloaded podcasts to keep them company.

In fact, a third of those who told WeRoad they’d been on a solo adventure said they left it with lifelong memories and new friends.

And those friendships, while they can be physically fleeting, often turn into lifelong friendships.

The people who met their best friends while solo travelling

‘In 2019, I sat and created a list of every cuisine I wanted to try, and top of the list was Mexico, so I booked a month-long trip.

‘What I hadn’t planned for when booking my trip was just how awful my first hostel would be.

‘I frantically searched on my phone for a new place to stay and as I stood there calling around, Rachel arrived and had the exact same reaction I did.

‘We sort of laughed it off and started chatting away.

‘It turned out she was travelling alone too, so we decided to find a new hostel together; hopefully something a bit more liveable.

‘During our search and journey to our new hostel, we ended up bonding over our love of food and it turned out that she didn’t live too far from me back home.

‘How two girls who live down the road from each other could fly halfway around the world and meet for the first time cracked us up.

‘We ended up spending three weeks together travelling around Mexico until it was time for Rachel to fly back.

‘She did try to extend her trip but after travelling around for six weeks, she was out of money and needed to head home.

‘We ended up agreeing to meet for drinks when I got back, which turned into us being sat in a bar for hours just catching up on the trip and what we wanted to do with our lives.

‘Ever since that trip, we’ve been inseparable.

‘We Whatsapp each other most days of the week and spend weekends at each other’s  planning our next escape.

‘We’re thinking of heading to Japan this time.’

‘This year saw my life change quite a lot,’ says Maria.

‘I decided to switch careers earlier in the year and not long after, my boyfriend ended our relationship.

‘Leaving my previous role meant that I had holidays left over to use up, making it the perfect time to get away and rediscover myself – in fact, that’s what spurred me to look for something new to try.

‘At first, I wasn’t sure what to do with all this time off and staying in the city just didn’t feel like the right thing to do with everything going on.

‘Then I saw that WeRoad offered group trips for solo travellers and had a trip to Sri Lanka coming up.

‘It was the perfect solution for me.

‘With me being newly single and looking for a spontaneous trip, I couldn’t just expect my friends to drop their work to come travelling with me!

‘Ahead of the trip starting, our organiser set up a Whatsapp group so we could all get to know each other before, and it made such a huge difference.

‘Once I arrived in Sri Lanka, I got to meet everyone for the first time in the hostel.

‘Honestly, it was such an amazing experience as everyone was super friendly, open and wanted to get to know each other.

‘We spoke for hours about who we were, why we booked the trip and just our general life experiences. It felt like we’d all known each other for years!

‘At the end of the trip, we parted ways but kept our Whatsapp group going, sharing memories and cute photos from the trip.

‘I’ve planned to meet up with one of the girls in our hometown so we can catch up.

‘I feel like I’ve actually made a friend – if not friends – for life from the trip and I can say it’s really changed my outlook in life during one of the most difficult times I’ve had.’

‘I had taken some time out, quit my job and went travelling for two months.

‘I was on a bus tour and I met Yoshi, who was from Japan.

‘He was quite interested in Europe, I in Japan.

‘I remember he gave me a tape from his mandolin orchestra, something I had never heard of.

‘I can’t remember all the specifics, but sometimes you just click.

‘We stayed in touch initially by letter, unbelievable, then by e-mail and now by WhatsApp.

‘He even visited me a few years later in Munich.

‘My fiancé and I introduced him to all the sights, including the Hofbraeuhaus.

‘We’ve kept in touch over all these years and we were planning to meet up in 2020 as he was stuck in Europe (for work), but I couldn’t travel because of lockdown.