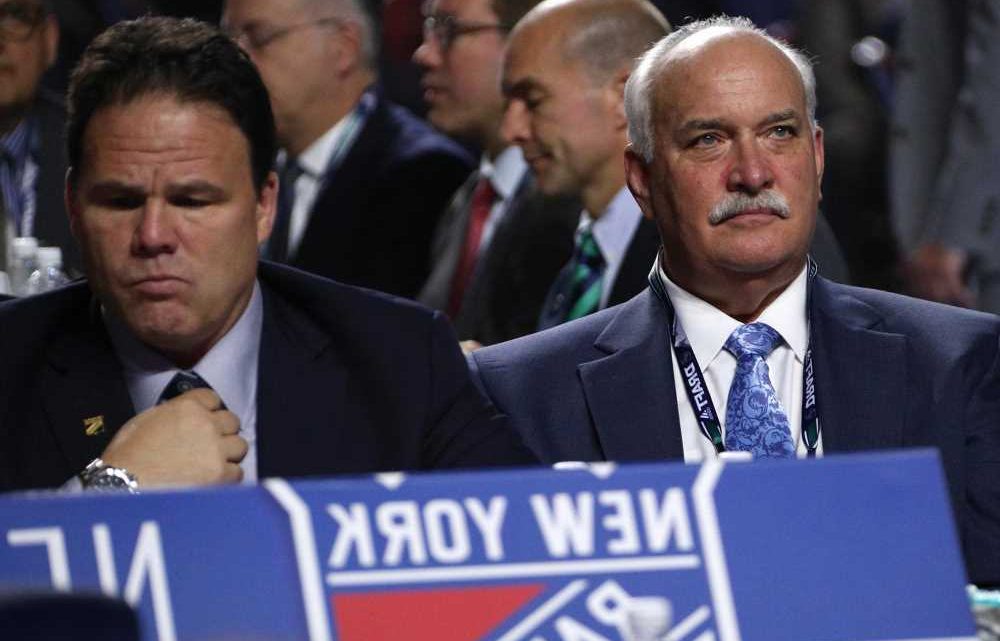 Rangers failing to keep up their end of rivalry with Islanders

Why an unlikely Rangers playoff appearance would be so illuminating

‘Twas the night before the deadline and all through the house, not creature was stirring, not even Jeff Gorton.

Of course that is not exactly true. The Rangers’ general manager was doing GM-things on Sunday, monitoring his team at the Coliseum in another go-round against the Islanders while also checking out possibilities before Monday’s 3 p.m. deadline.

But it was quiet, and unusually so for the organization that spent much of the prior decade binging before purging when time ran out on the core in the late 2010s. Because, in the parlance of the moment, the Rangers are neither sellers nor buyers.

So, no expectation of a blockbuster in the manner of the 2014 captains exchange in which Ryan Callahan and Martin St. Louis traded places. No attempt to fill a hole in the image of the deal that brought Keith Yandle to New York for a package of young guys that featured Anthony Duclair plus a No. 1.

And no need to replenish the pipeline by sending away veterans in exchange for kids and draft picks the way the organization has since 2018. Last year was not quite that, but the team did acquire a first-rounder from Carolina in exchange for Brady Skjei, whose $5.25 million cap hit through 2023-24 was more than the Blueshirts could bear.

The Rangers have six picks in the first four rounds of the 2021 draft despite having traded their second-rounder to Detroit as the sweetener in the deal that sent Marc Staal to the Red Wings during the offseason. The Blueshirts own Buffalo’s third-rounder they received in exchange for Jimmy Vesey, Ottawa’s fourth-rounder acquired for Vlad Namestnikov and the Kings’ fourth obtained two weeks ago for Brendan Lemieux.

While there is always some value in having a plethora of draft selections for it at least improves the odds, kids and prospects are falling out of the organization’s pockets like loose change while seated on a sofa. Adding more would be superfluous. Fact is, the next step on the road to redemption will entail consolidating the roster and moving out of some of the youngsters in exchange for targeted veterans.

Clubs who are buyers at the deadline don’t subtract key pieces while in conjunction with adding them. Buyers’ currency is draft picks. Hence, even if the Rangers wanted to see what is out there in return for some of their veterans, this would not be the opportune time. If a club were to call about Ryan Strome or Pavel Buchnevich, Gorton would certainly listen and might be able to lay some groundwork for potential summer trades. The same would hold true if a club came sniffing around Mika Zibanejad. But the best information is that the Rangers have not been receiving those inquiries.

Oh, and regarding Tony DeAngelo, exiled on Feb. 2? Unless something materializes overnight, the defenseman will remain on the outside looking in until at least the summer when, if he is not selected by Seattle in the expansion draft, DeAngelo would face a buyout that would put him on the open market.

So, pretty much who you’ve seen is whom you’re going to continue to see in Blue the rest of the way. Morgan Barron will hopefully be called to Broadway from Hartford following the deadline, when roster limits are struck down. Tarmo Reunanen could get another shot on the blue line following his one-game cameo on March 15 when Adam Fox was unavailable on the COVID protocol list with what was a false positive test result. Maybe if the club is mathematically eliminated from the playoffs over the final week or so, there might be a look at Ty Ronning, who has eight goals in nine games for the Wolf Pack.

But there shouldn’t be an influx of youngsters. That’s what this year and last year has been about

Sunday’s game was played on the 46th anniversary of J.P. Parise’s goal at 0:11 of overtime at the Garden in the third and decisive game of the 1975 preliminary round in which the Islanders eliminated the Blueshirts from the playoffs and marked the beginning of the End of Days for the Emile Francis Era.

Ed Giacomin would be waived. Jean Ratelle and Brad Park would be traded. Ted Irvine was dealt. Gilles Villemure was sent away. Not, however, at the deadline. Emile, himself, would be gone by the next deadline.

Butcher wins battle to overturn more than 50 parking tickets worth £20,000