BRITS trying to get tests for Covid-19 are struggling to secure swabs for the third day in a row.

It comes as queues of people have formed outside of vaccination sites as all adults can now come forward for their booster shots. 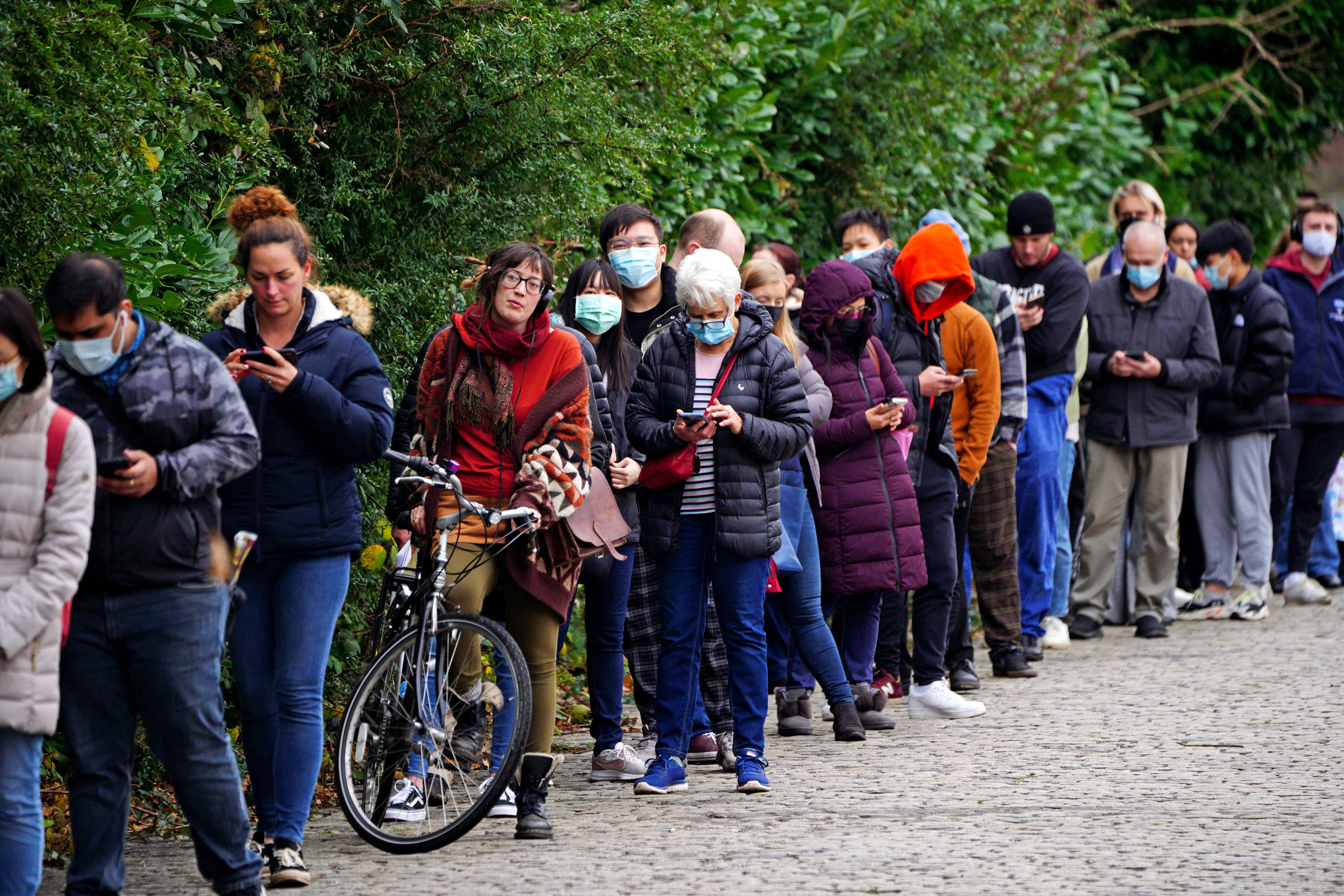 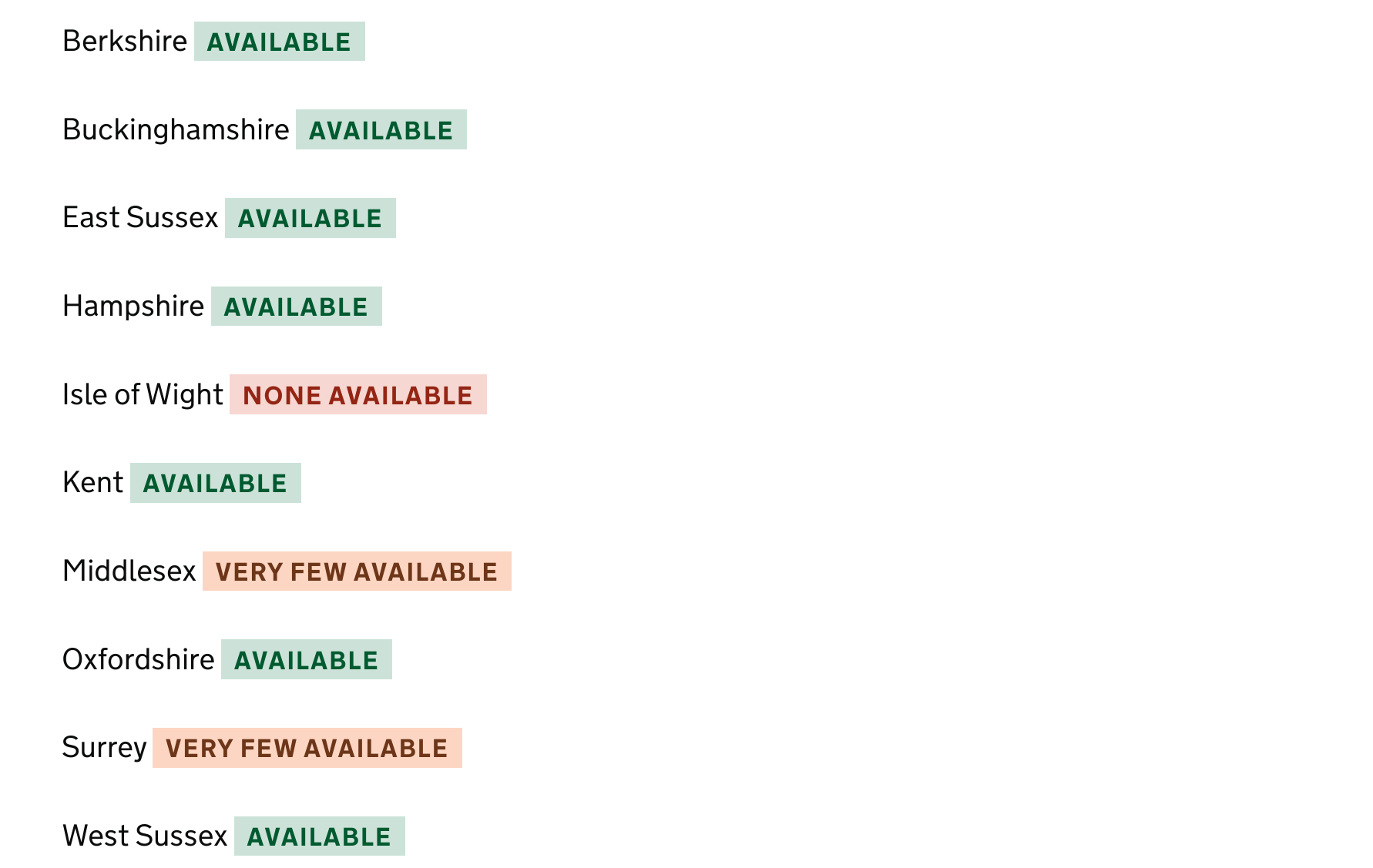 There's pressure on both government and NHS resources as more people become infected and more people come forward for their booster jabs.

There have been issues with lateral flow tests this week with many people being told there were none available.

This, government officials said yesterday, was so that orders could be fulfilled first.

Supply seems to have evened out today and people can once again order LFTs to their home address, as well as collecting them from pharmacies or pick-up-points.

The huge surge in demand for LFTs could be due to the fact that people who are double jabbed who come into contact with someone who has contracted coronavirus don't have to isolate, but have to take LFTs for seven days.

People trying to book PCR tests have been met with issues again today with many areas having low availability at walk-in sites. 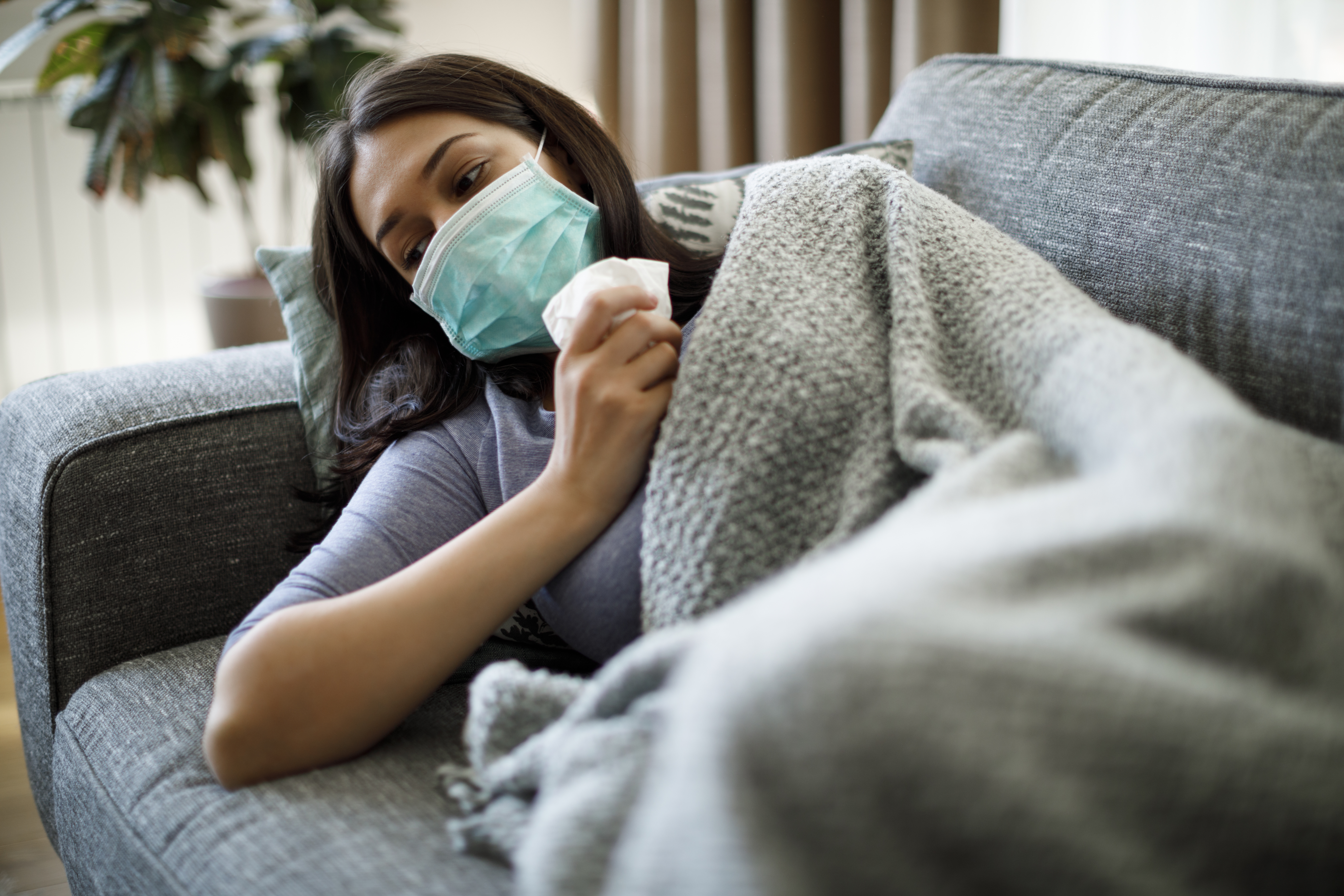 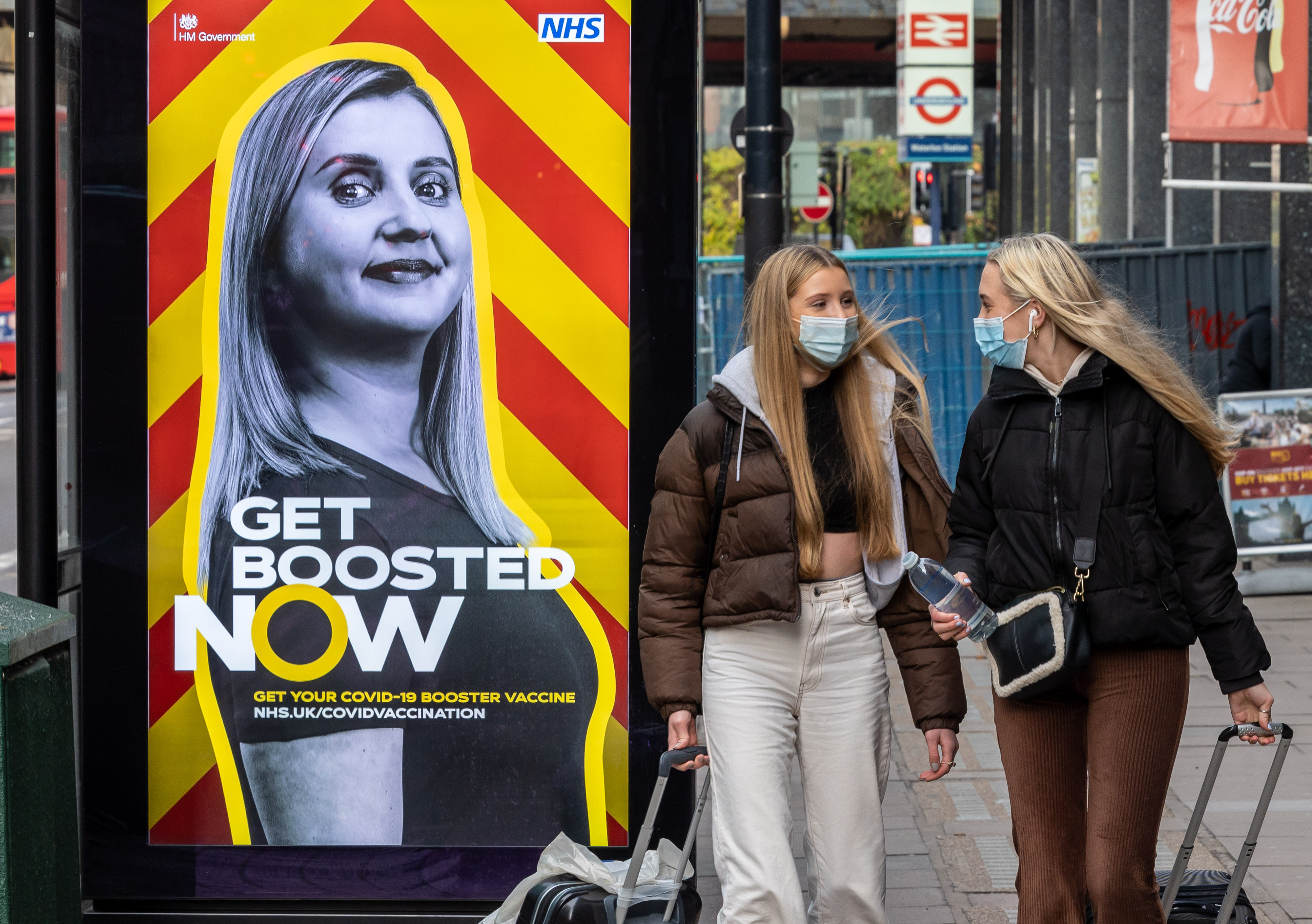 Anyone who tests positive for Covid from TODAY will miss Christmas 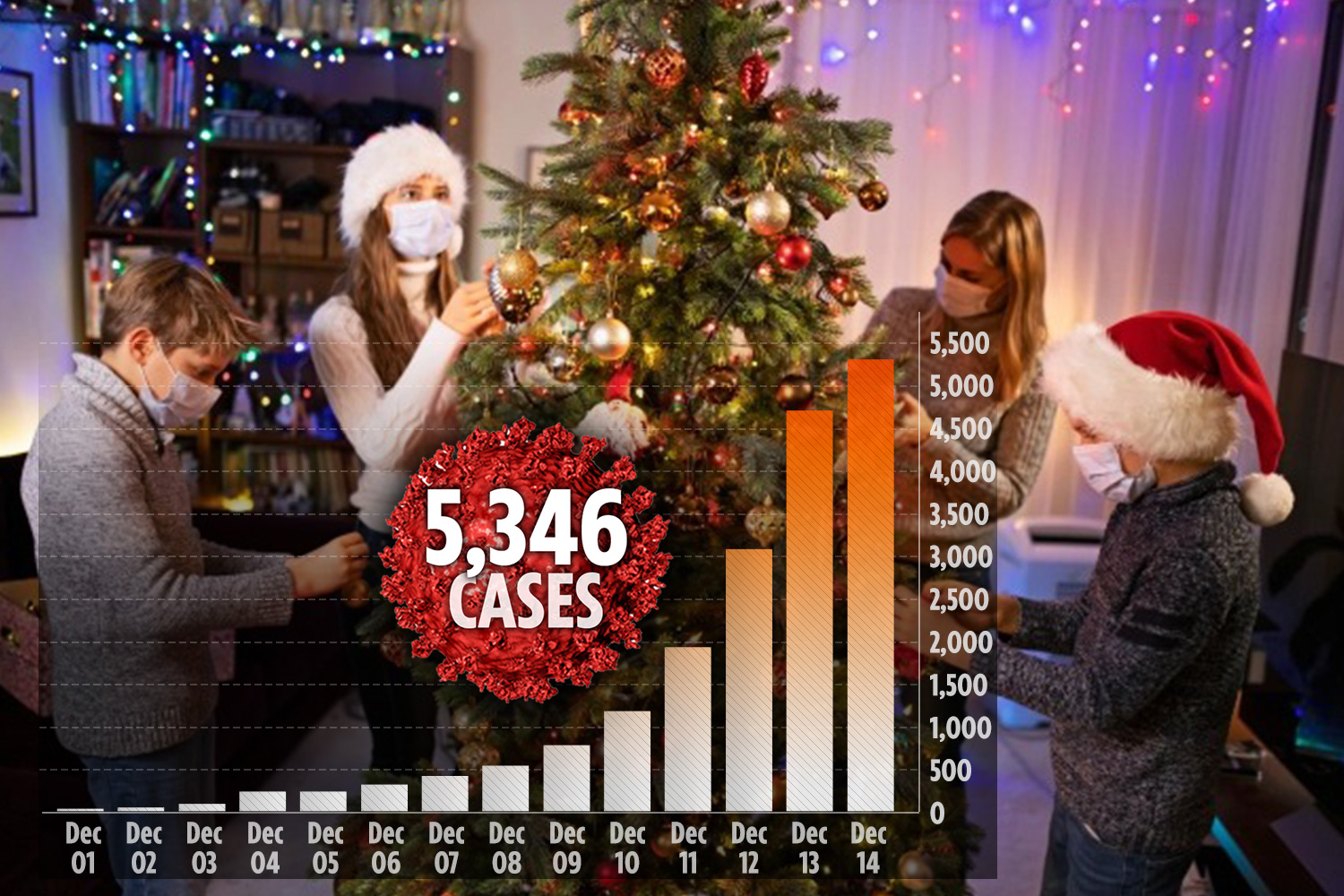 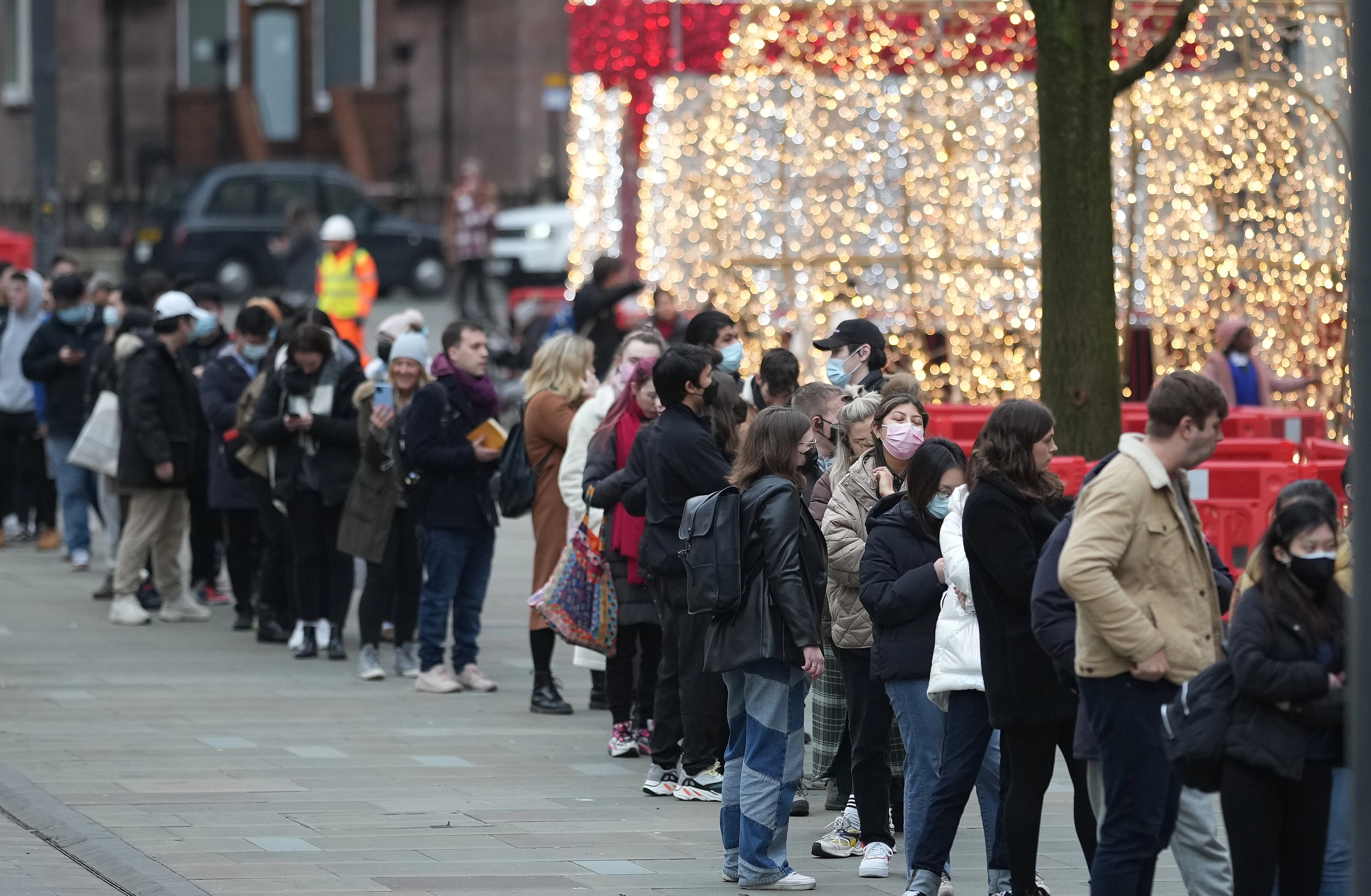 Tests are available in the North East and the North West but the South East is also struggling under the pressure.

🔵 Read our Covid-19 live blog for the latest updates

There are shortages in Middlesex and Surrey and none available in the Isle of Wight.

There is good availability in the South West, aside from in Bristol where there are no tests available.

In the West Midlands and Yorkshire and the Humber there seem to be plenty of tests but in London, there are currently no PCR tests available.

Dr Jenny Harries, chief executive of the UK Health Security Agency, downplayed suggestions of a shortage, and said requests for lateral flow tests "have been absolutely astounding", with "unprecedented demand" for PCR tests.

The shortage in London comes as Omicron is now thought to be the dominant strain in the capital.

Analysis showed that 51.8 per cent of a sample of new coronavirus cases in London with specimen dates for December 11 and 12 were found to have S gene target failure (SGTF) – a way of detecting the likely presence of Omicron.

This difference – a deletion in the S gene – shows up in certain laboratory PCR tests and can be used as way of estimating the spread of Omicron.

Of the 1,391 Covid-19 cases in London recorded on December 11 and 12 where the S gene status could be determined, 721 were classed as SGTF, figures from the UK Health Security Agency (UKHSA) revealed.

The figures also show that 26.9 per cent of a sample of detectable cases in eastern England from December 11 and 12 were classed as SGTF, along with 25.4 per cent in south-east England and 20.8% in north-west England.

Levels were lower in all other regions, with north-east England having the lowest estimate of 6.2 per cent.

The level for the whole of England was estimated at 24.0 per cent.

Experts urged Brits to get their Covid boosters in order to protect against Omicron with the aim being that all Brits will receive one by the end of the month.

The Sun has urged people to come forward and volunteer for its Jabs Army campaign to help ensure the rollout goes smoothly and so that we can Give Britain a Booster.

The NHS booking portal opened this morning for everyone 18 and over to book a jab appointment and you can also go to walk-in centres.

For most people though, the wait was less than 10 minutes with many being able to book a slot for the coming two weeks and into January.

Lines were seen forming outside pharmacies and jab centres today as Brits waited patiently for their vaccines.

The boosters jabs are the UK’s main defence against Omicron.

WIth three doses, a person is estimated to get 75 per cent protection against infection with symptoms, and likely more against severe disease.

It’s less than against Delta (in the high 90s), and two doses are not considered strong enough to avoid catching the strain. 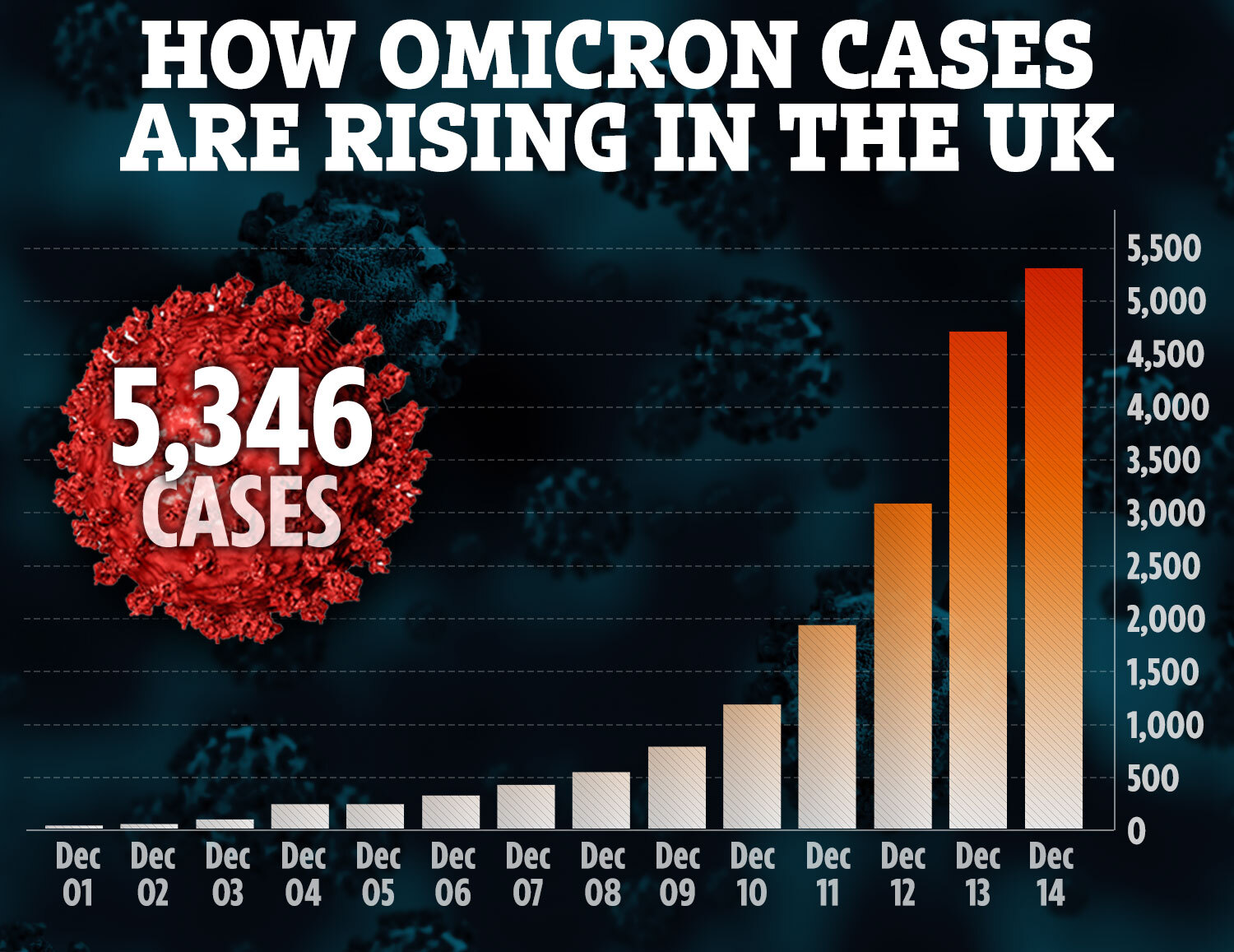