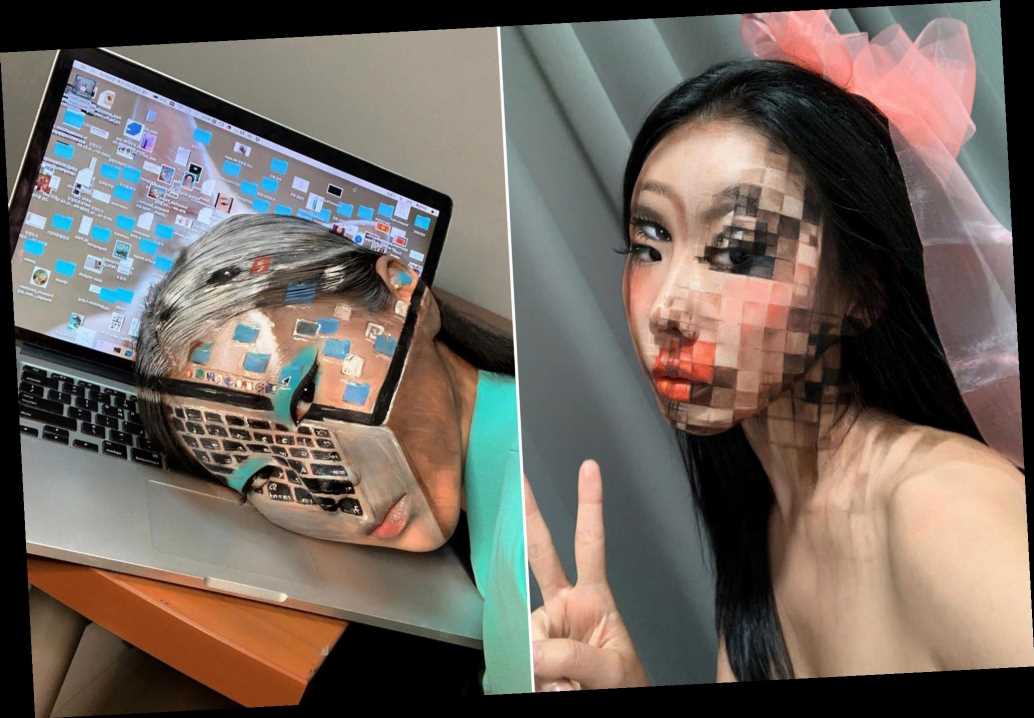 This ‘illusion’ artist uses her face as a mind-blowing canvas

The painter, who now lives in Los Angeles, Calif., is able to functionally transform herself with makeup and other materials. The result is mind-boggling, and it is often difficult to find Yoon’s actual face within the art she has created on top of it. She becomes a Cubist portrait, the other half of a doll and a multiplied version of herself.

She posts photos of her surreal finished work on Instagram, where she’s amassed over 623,000 followers.

“At first, for my personal art works, I painted on the bodies of models,” she tells The Post via email.

But she quickly realized she preferred being her own model.

“I decided to draw on my own face because the face is the strongest, most sensitive part of the body,” she says. Although Yoon had been drawing on herself since she was a child, and studying fine art since she was 10 years old, it took until adulthood for her to combine the two to the degree she does now.

Part of the secret to her work, she explains, is to think big.

“When I am creating my ‘look,’ I always try to capture everything inside the frame, not just the painting,” she says. “I try to curate everything, not only the body parts being painted but also the background, the atmosphere, the movement of body, objects, lighting, every single detail.”

Despite using her physical form, Yoon does not identify as a makeup artist, but rather as an illusion artist. “I am a classically trained artist who just happens to use herself as her canvas,” she says.

And besides, she uses a much wider range of materials than just makeup — although she still stays away from anything that may harm her hair or skin. She learned that lesson the hard way following an incident when she needed to cut off some of her hair after glue-gunning it.

In addition to creating illusions, Yoon tries to include a sense of humor in her work, instilled in her by her mother, who is also an artist. She’s inspired by light and space artist James Turrell, and hopes to work on more large-scale projects in the future.

Recently, she began work on a “2.5-acre land art project in the hills of Malibu, Calif.,” she says, describing it as “very Utopian.”

She has also collaborated with brands including Apple and BMW, appeared on Ellen, has her own Snapchat lens and has choreographed performance art. In 2017, she created miniature versions of herself on her own nails, using her own hair.

“I believe everything is or can be an illusion,” she says.

Elizabeth Warren Speaks Out After Dropping Out of the Presidential Race