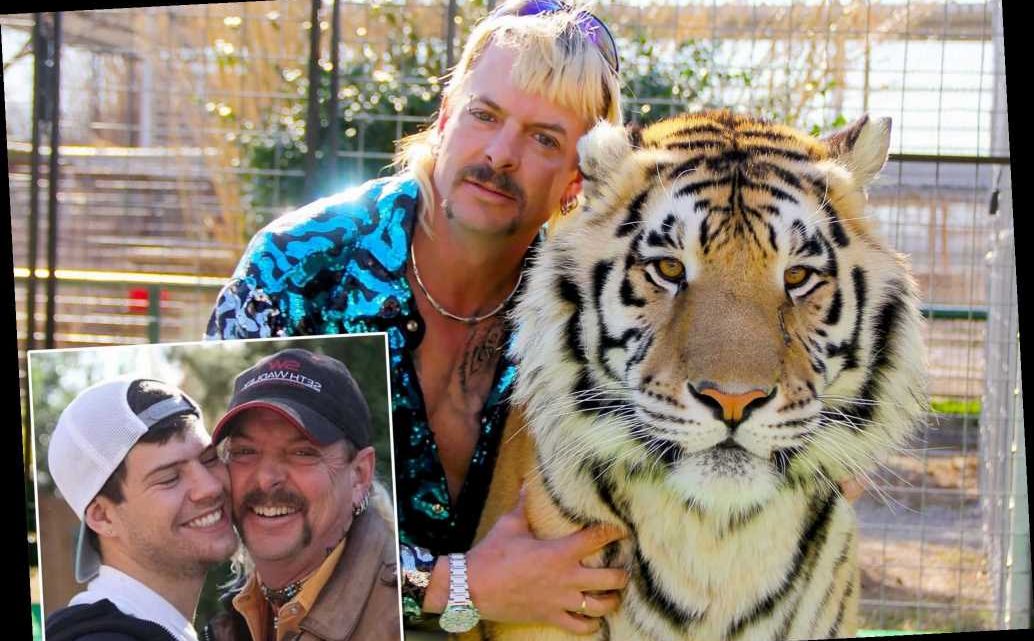 What do you call a divorced king?

“Tiger King” star Joe Exotic’s husband Dillon Passage is leaving him, per Passage’s Instagram and a statement Exotic’s lawyer made to TMZ.

“To answer the main question the public wants to know, yes, Joe and I are seeking a divorce,” Passage wrote on Instagram Friday evening. “This wasn’t an easy decision to make but Joe and I both understand that this situation isn’t fair to either of us … We are on good terms still and I hope it can stay that way. I will continue to have Joe in my life and do my best to support him while he undergoes further legal battles to better his situation.”

Exotic’s attorney Francisco Hernandez told TMZ that Exotic was “distraught” after receiving a phone call from Passage in prison explaining to him that he was planning to leave him. TMZ adds that “Exotic’s considering beating him to court, and filing a divorce petition before Dillon can.”

TMZ also revealed that “after the emotional phone call, Joe fired off an email to a friend … saying he feels abandoned and alone and just wanted to mean something to someone.

“The way Joe explained it, Dillon’s getting lonely with Joe locked up and wants a boyfriend.”

“In November of 2017, I met Joe who was there for me during a difficult time in my life,” Passage wrote on Instagram. “After just 9 short months he was arrested and, for the last two and a half years, we have been apart. I’ve always stood by his side and will continue to always love and support him.

“When Tiger King was released on Netflix a year ago, my life was thrown into a world of media and public attention,” he continued. “Something that was completely foreign to me. I felt as if I had a microscope constantly looming over me which was and still is incredibly uncomfortable.”

Exotic — né Schreibvogel — is serving a 22-year sentence for his role in a murder-for-hire plot against rival Carole Baskin. He was lobbying for a pardon from former President Donald Trump last fall, which failed to materialize.