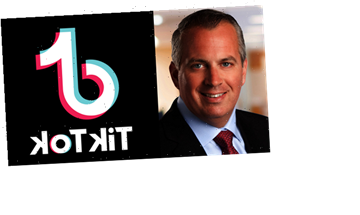 TikTok, in a step to address concerns over the security and privacy of its social-video platform, hired cybersecurity veteran Roland Cloutier as chief information security officer.

Cloutier, who reports to company head Alex Zhu, was previously chief security officer at payroll-services firm ADP. His hiring comes after TikTok, which is owned by Chinese internet giant ByteDance, has come under scrutiny in the U.S. in recent months over potential security and data-privacy issues and concerns over its ties to the Chinese government.

In January, several security flaws were reported in TikTok’s app by researchers at Check Point Software Technologies that could have let hackers take over users’ accounts, access private videos and steal personal info. TikTok said it fixed the vulnerabilities in December 2019.

“As TikTok grows and serves an ever-larger, more diverse global community, we have a clear responsibility to continue to maximize security on our platform,” Zhu, who previously co-founded Musical.ly, said in a statement. With Cloutier overseeing the global security team, “we are confident in our ability to earn the trust of the broader community by delivering world-class security systems, processes and policies.”

TikTok has seen massive growth and is popular particularly among teens for its social, short-form video app. ByteDance acquired startup Musical.ly in a $1 billion deal and merged it with its existing TikTok service. In the U.S., TikTok had an estimated 37 million monthly users at the end of 2019, projected to grow 22% this year to over 45 million, according to research firm eMarketer. The app has been installed more than 1.5 billion times worldwide, per research firm Sensor Tower.

Cloutier spent about 10 years at ADP, and before that served as chief security officer at data-storage vendor EMC (now owned by Dell). In addition, he has over a decade of experience serving the U.S. Air Force, Department of Defense, and Department of Veterans Affairs. Cloutier also is the author of business book “Becoming a Global Chief Security Executive Officer,” published in 2015.

In a statement, Cloutier said, “It is a privilege to join TikTok’s talented team as the company continues its amazing journey of building a vibrant global community. There has never been a more exciting or challenging time to serve in the security field.”