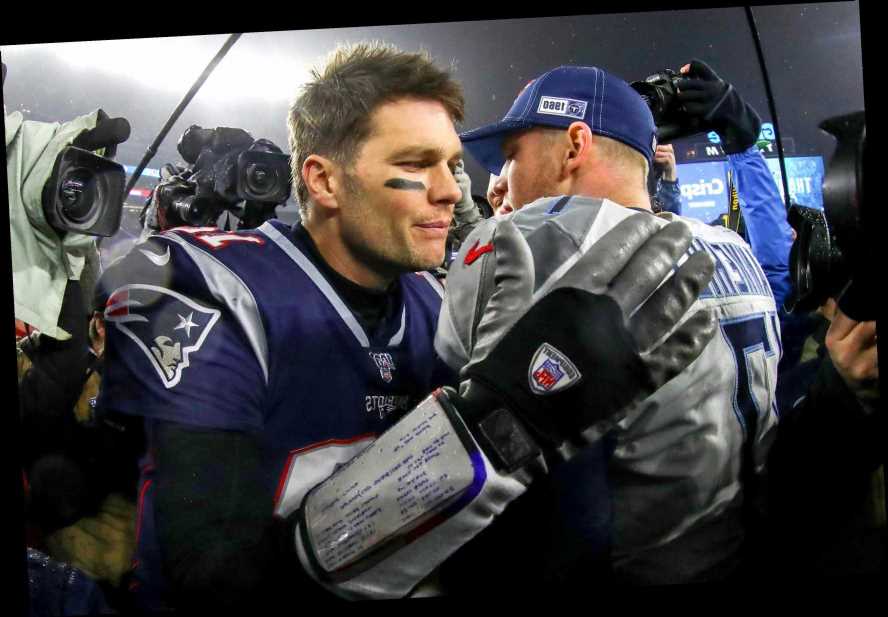 As the rumors, reports and sources fly, it gets harder to decipher fact from fiction when it comes to Tom Brady’s future.

But we certainly have a frontrunner for the saddest report regarding the six-time Super Bowl champ’s prospects in free agency. Boston Sports Journal’s Greg Bedard reported that the market for Brady might not be as robust as some have suggested. And the Titans, who are coached by Brady’s former teammate Mike Vrabel, could just be using Brady rumors to help drive down the price for fellow free agent Ryan Tannehill.

“League sources expect the Titans to lock in Ryan Tannehill at some point at a cheaper rate thanks to the Brady leverage, although that could change,” Bedard wrote.

Tannehill helped lead the Titans to AFC Championship Game last season, including a win over the Patriots in the wild-card round. Tannehill, 31, surpassed all expectations after taking over for Marcus Mariota midseason, though much of the Titans’ success can be linked to star running back Derrick Henry’s monstrous second half and postseason.

“[Brady] still can play,” Henry said on the “Bussin’ With The Boys” podcast after the season. “Obviously, age doesn’t matter for him, he’s still playing at a high level, but my question would be: Why ain’t Ryan good enough, you know? … Speaking for everyone on the offense, we fed off of him. … Ryan Tannehill is our quarterback and went to the AFC Championship, why would we not want Ryan back?”

Bedard wrote that it is unlikely Brady ends up on the Raiders or Buccaneers, leaving the Titans as one of the 42-year-old’s viable options outside of New England. But for now he is leverage to drive down the market for Tannehill, who rebuilt his value with a solid half-season with the Titans.