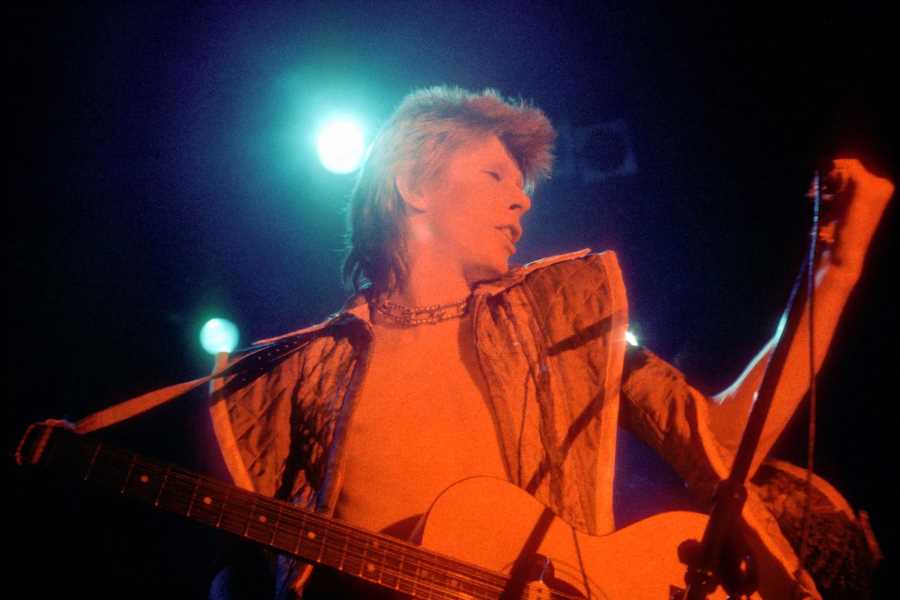 The Celebrating David Bowie tribute tour is headed back on the road this fall with a lineup that includes Todd Rundgren, Adrian Belew, Spacehog’s Royston Langdon, Fishbone’s Angelo Moore, and Jeffrey Gaines.

“David Bowie was a master,” Langdon says in a statement. “It’s impossible to put into words quite how much he taught me. It gives me a huge thrill to get to honor Mr. B. & to be a small part of this immense celebration of his life & work with these world-class musicians and everyone, who like me feels his energy alive and vital around me now just as it was then & forever shall be.”

The backing band will include bassist Angeline Saris, drummer Michael Urbano, and guitarist Scrote (Angelo Bundini), who put together the first Celebrating David Bowie tour in 2017 and is producing this one alongside Miles Copeland.

'When You Eliminate the Wikipedia, You Arrive at the Personal': Inside the Making of 'Moonage Daydream'

“One of the things we’re doing differently on this tour is featuring a three-guitar attack,” Scrote tells Rolling Stone. “David has always been famous for his spectacular guitarists – the epic solos of Mick Ronson, the bluesy feel of Earl Slick, the funkiness of Carlos Alomar and Nile Rodgers, the bombast of Reeves Gabrels, and the otherworldly guitar of Adrian Belew who is still one of the most original guitarists working today. To explore all of these guitar sides of Bowie’s songs, we’re highlighting Adrian’s brilliance, Todd’s guitar wizardry, and whatever guitar mayhem I can muster in between.

The tour will be rolling out across America just a few weeks after Bret Morgen’s long-awaited documentary Moonage Daydream arrives in theaters. It mashes together footage from throughout Bowie’s entire career, much of it never seen before by the public. Morgen worked on it throughout the pandemic.

“Bowie was the best quarantine companion one could possibly have,” he recently told Rolling Stone. “I’m all alone trying to do this by myself … and yet I’m making a film on an artist whose stock in trade is how to be creative during periods of isolation. It comes up in every phase, from Ziggy to Blackstar. I didn’t see anybody for the first few months of the pandemic, but I saw David’s face every day when I woke up to go to work. It was almost like it was meant to be a piece of pandemic art.”