Weathering the storm? Tori Spelling and Dean McDermott’s marriage has hit another bump in the road, a source exclusively tells Us Weekly.

The couple, who share five children — Liam, 14, Stella, 13, Hattie, 9, Finn, 9, and Beau, 4 — recently had a “fight” after the Pretty Hard Cases actor “went missing” for two days following an argument, the source explains. 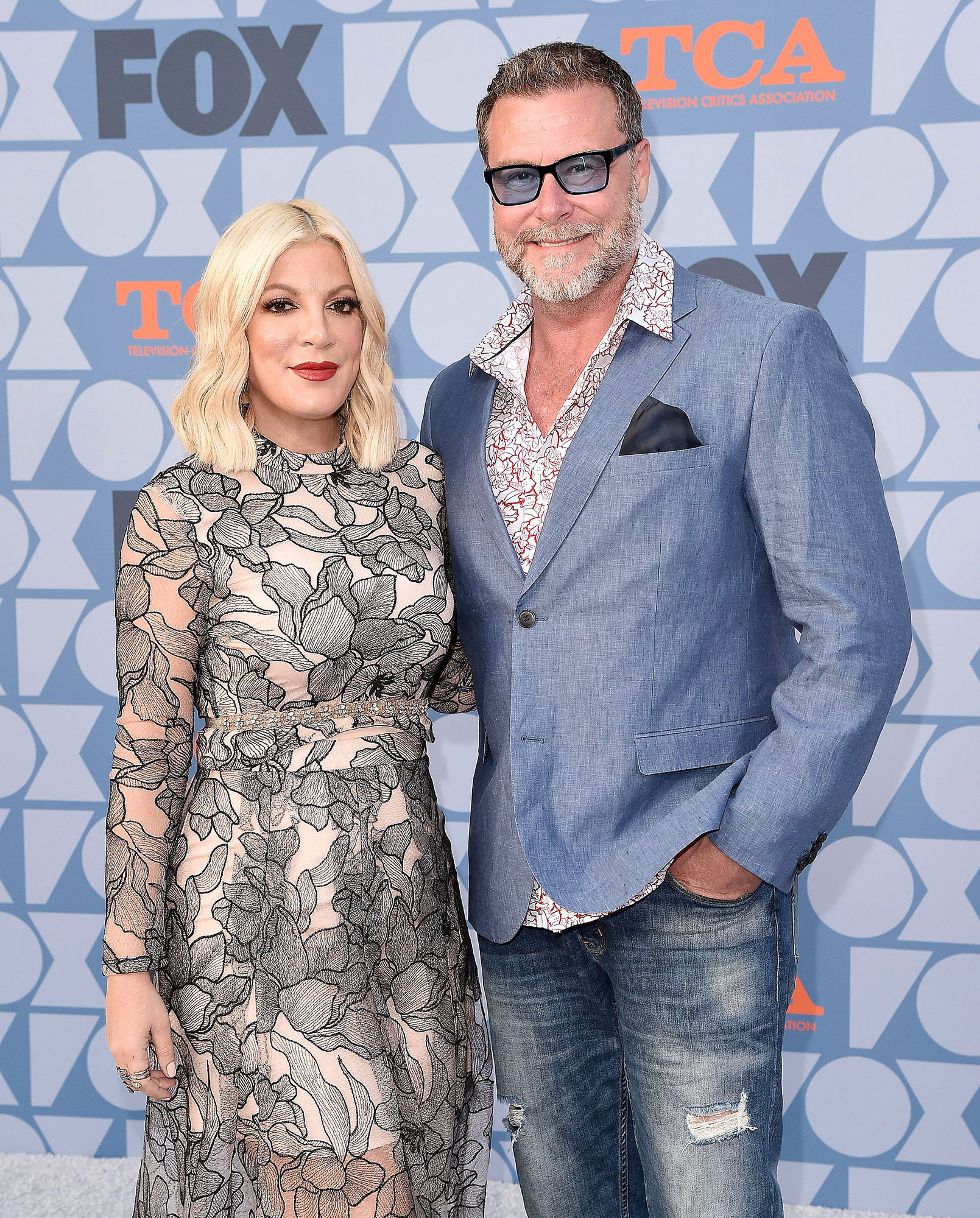 When he returned, he allegedly said he would sue her for alimony and child support. The insider says the “90210MG” podcast cohost pointed out that McDermott signed a prenup before they got married, which means he won’t get any money if they divorce.

However, the source adds that Spelling recently learned that McDermott could still sue her for child support if they split. “She went ballistic” and is “pissed” at her attorneys, the insider tells Us.

The most recent fight left the Spelling It Like It Is author “very upset,” especially since the duo “have tried counseling” from time to time. According to the insider, Spelling and McDermott “constantly fight and break up,” but this argument was “really serious.”

While Spelling is “miserable” with her husband, she has remained in the marriage “for the kids,” the source explains.

The Scary Movie 2 actress “sucked it up” when she went to Disneyland with McDermott and their children on Thursday, October 21, because their kids “have no idea what’s going on,” the insider adds.

Through all the duo’s ups and downs, “money is an issue and it’s always been an issue,” the source tells Us, adding it’s one of the reasons Spelling “feels trapped.”

The actress fueled divorce speculation earlier this month when she was photographed holding a notepad that read “assets,” “support” and “custody” while standing outside an attorney’s office on October 18.

Earlier this year, the BH90210 alum revealed that she and McDermott were sleeping in different bedrooms, sending up another red flag for some fans.

“Right now, my kids and dogs sleep in my bed,” Spelling told Jeff Lewis in June, adding that her spouse was sleeping “in a room” at their house after returning home from filming a project overseas.

“Since he left — this is not good, you guys — but since he left [and] he was gone for six months filming in another country, they all stayed with me,” she continued. “So I currently still have four in the bedroom with me who have yet to go back to their rooms, yes.”

Two months later, the Uncharted TerriTORI author told Us that the kids were “transitioning back” to sleeping in their own beds, but the pair continued to make headlines after being spotted without their wedding bands on separate occasions.

McDermott addressed his wife not wearing her ring during a September appearance on the “Feminine Warrior” podcast saying, “It’s just weird that people need to know. Why do you need to know that? How is that going to affect your day?”

As for why he was seen without his band, the Slasher alum explained that he took it off while playing a round of golf and lost it when it later fell out of his pocket on the course.

“I lost my utility ring and then somebody saw that. ‘He doesn’t have his ring,’” he recalled. “So, now, everybody’s in a titter, so I’m like, ‘Forget it, I’m not going to replace it. Just let them think it.’”

With reporting by Andrea Simpson

What Night Is ‘The Bachelorette’ on in 2021? Michelle Young Shares the New Schedule for the Next Few Weeks