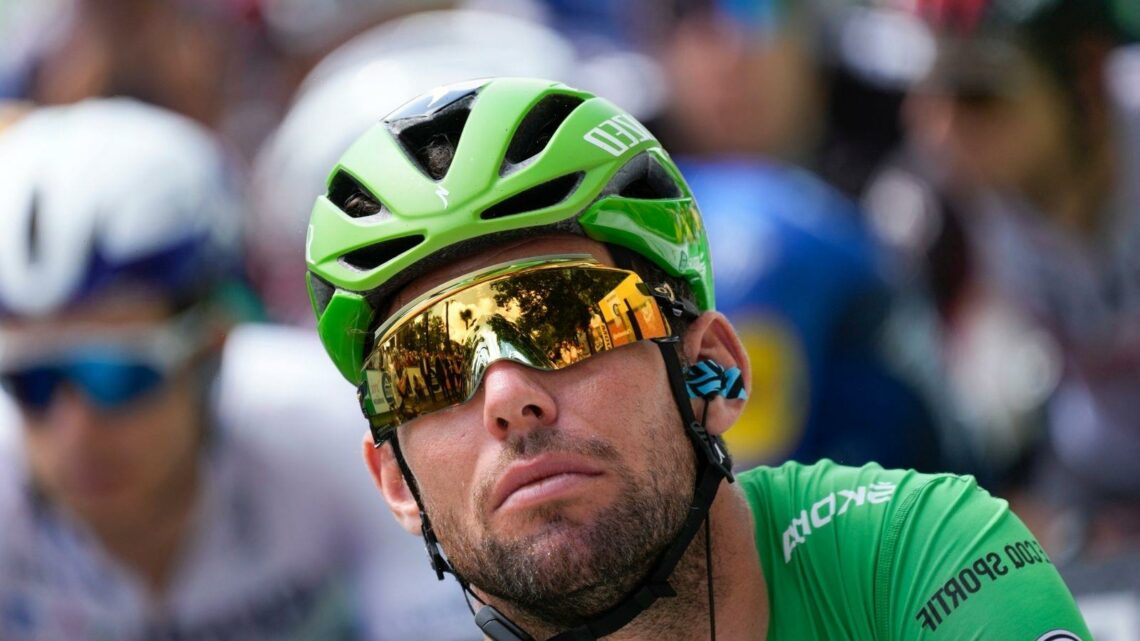 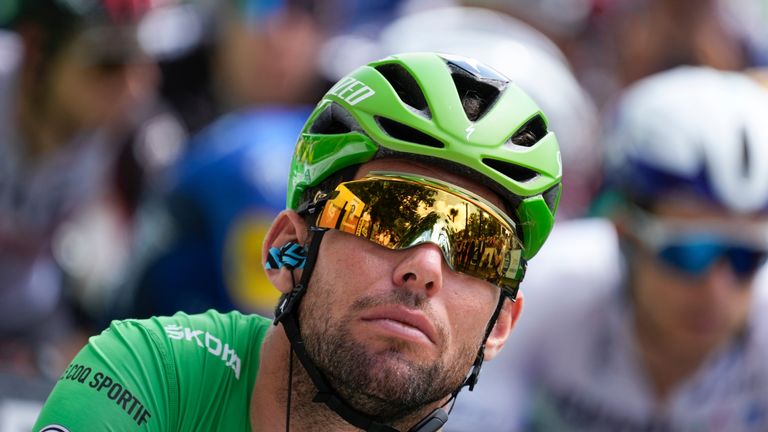 Mark Cavendish must wait until the Champs-Elysees on Sunday for his chance to make more Tour de France history after Matej Mohoric won stage 19 out of a breakaway in Libourne.

The largely flat 207km stage from Mourenx promised to be one of two remaining opportunities for Cavendish to move clear of Eddy Merckx and score his 35th career Tour stage win, but the breakaway had other ideas as Mohoric took his second stage of the race.

The Slovenian champion attacked out of the break with 26km to go and rode solo to the finish to give Bahrain Victorious a win, their third of the race, two days after their team hotel was searched by police in Pau as part of an anti-doping investigation.

As he crossed the line, the 26-year-old gestured with a zipping motion across his mouth.

“I was thinking mostly about what happened two days ago,” said Mohoric, who was also in the breakaway on Thursday’s stage over the Tourmalet.

“I felt like a criminal with all the police at our hotel. From one point of view it’s a good thing – it means there are still controls in the peloton and they are checking the teams.

“Of course they didn’t find anything because we have nothing to hide. But from another point of view it’s a bit disappointing because it’s not a nice thing when the police walk into your room and check all your belongings.

“Even if you have nothing to hide it feels a bit weird when they go through your personal things, photos of your family, your phone and your messages. At the end of the day I’ve got nothing to hide and I don’t care too much about other people checking my stuff, so it’s OK in the end I hope.”

The scene had been set for Cavendish to make history with the stage start in Mourenx – the town where Merckx took one of his most famous wins after a 140km solo attack in the Pyrenees during the 1969 Tour, the first of the Belgian’s five overall victories.

Merckx himself was on hand to embrace Cavendish in front of the velodrome that bares the 76-year-old’s name, wishing the Manxman well in his pursuit of history.

But, despite the parcours, a sprint was never guaranteed given that 15 of the 23 teams in the Tour started the day without a stage win so far, desperate to make their mark as time runs out, although that the number would not change by the finish.

Early crashes delayed the formation of a meaningful break, but by the mid-point of the day 20 riders had made their way up the road.

The gap to the peloton was still small, less than one minute, but nobody was helping Israel Start-Up Nation – one of those winless teams who were hoping to tee up Andre Greipel on his 39th birthday – and, once they gave up the chase, the elastic snapped and the advantage ballooned.

The escapees began to attack one another inside the final 45km, but it was the acceleration of Mohoric with 26km to go that stuck as those behind bickered over who should do the chasing.

The peloton rolled home some 21 minutes later, with Tadej Pogacar needing only to make it to Paris to defend his title as he boasts a lead of five minutes and 45 seconds over Jonas Vingegaard.

With Pogacar in such control of the yellow jersey, it has been Cavendish’s pursuit of the record which has driven the narrative of this Tour, so it is perhaps fitting the fight will go all the way to Paris.

Racing tips: Templegate NAPS The Queen's horse to win this absolute belter of a race at Newbury
Recent Posts