Home » Town splashes out £165,000 of public Covid fund on a massive illuminated squid 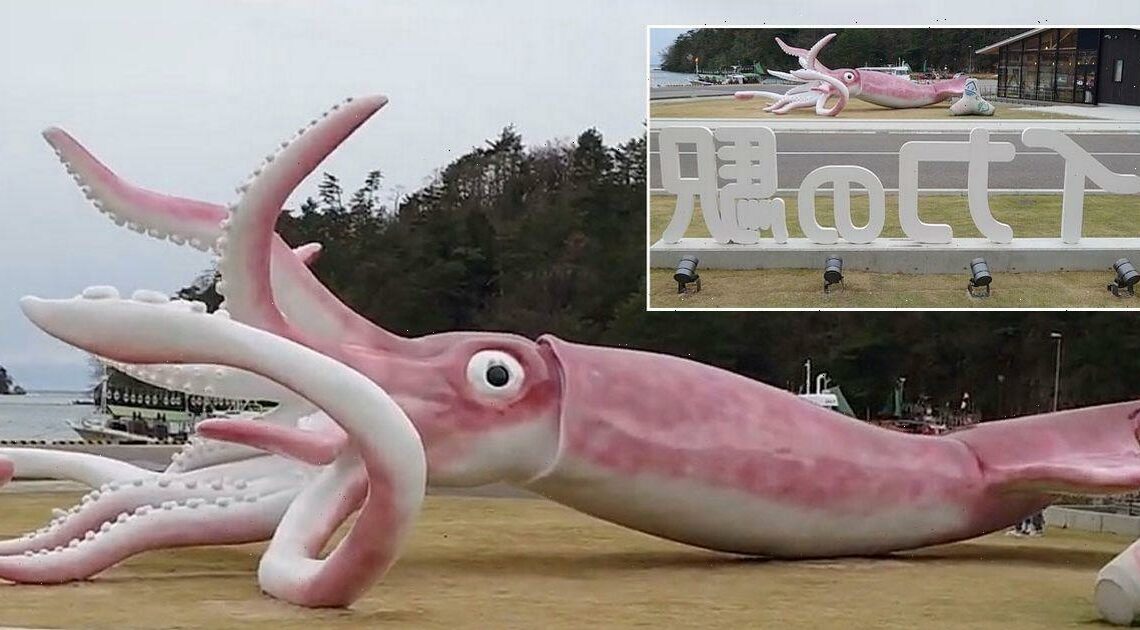 Town splashes out £165,000 of public Covid fund on a massive illuminated squid

A town has splashed out £165,000 of Covid relief money on a giant illuminated squid in a bid to boost tourism.

Noto, a small town in Japan, has used government subsidies meant for the community on the 13-metre-long pink creature.

While a busy fishing port famous for its squid, it has also become reliant on tourism with a hotel and restaurant industry along with shops selling local products.

Like elsewhere, the pandemic has hit the number of people visiting, especially with the Japanese government suspending subsidies for domestic travel.

To the bemusement of some, town officials have decided to pay £165,000 on a massive squid that has been put in front of a row of souvenir shops. At night it is illuminated by spotlights.

The money has come from central government to help communities hit hardest by the pandemic.

"It may bring people in the long run, but there must have been a better way to use the money, such as for medical staff or in long-term care facilities," one resident reportedly said.

"Those are the places that urgently require support because of the pandemic."

Residents were angry that they had not been consulted over the squid statue.

"It is unbelievable that the town has spent so much money on something so useless," said one message on YouTube.

"That’s not far off the cost of my house," was another comment.

To make matters worse the local authority had to add a further £13,000 pounds from other community funds due to the overall expense of the project.