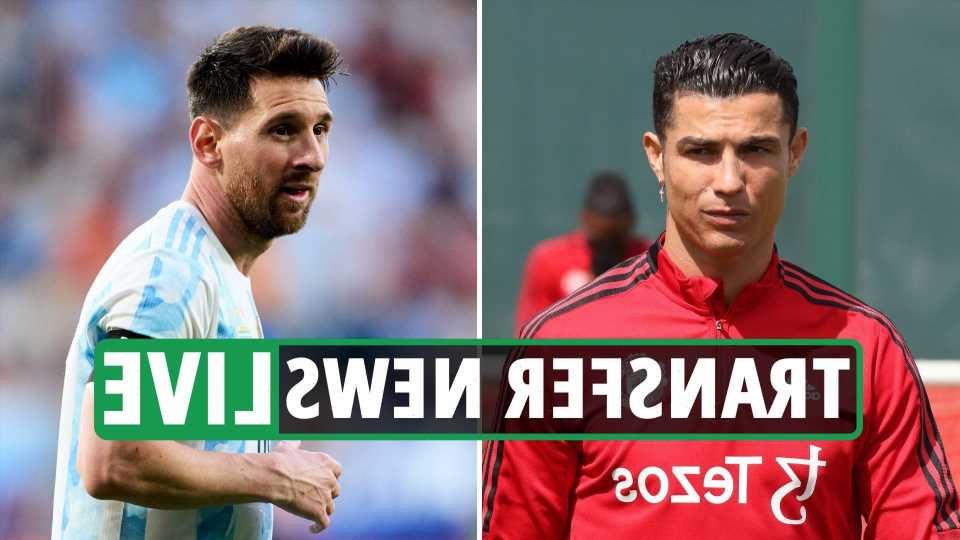 CRISTIANO RONALDO is set to head for the Old Trafford exit door this summer with agent Jorge Mendes trying to land him a deal.

Chelsea are not expected to sign the Man Utd superstar after boss Thomas Tuchel reportedly decided against the deal.

But he could become the highest paid player in history by a distance, if he accepts an offer from Saudi Arabia totalling £2.4m-a-WEEK.

Meanwhile PSG reportedly want to offer Lionel Messi a new contract, but the Argentine is said to be keen to wait until the end of the World Cup before committing to a deal.

Tottenham are said to have entered the race for Jules Kounde as they look to scupper the deal Chelsea had planned.

And Robert Lewandowski only has eyes for a move OUT of the Allianz Arena with reports suggesting that is hardly talking to his team-mates.

Follow ALL of the latest transfer news and gossip below…