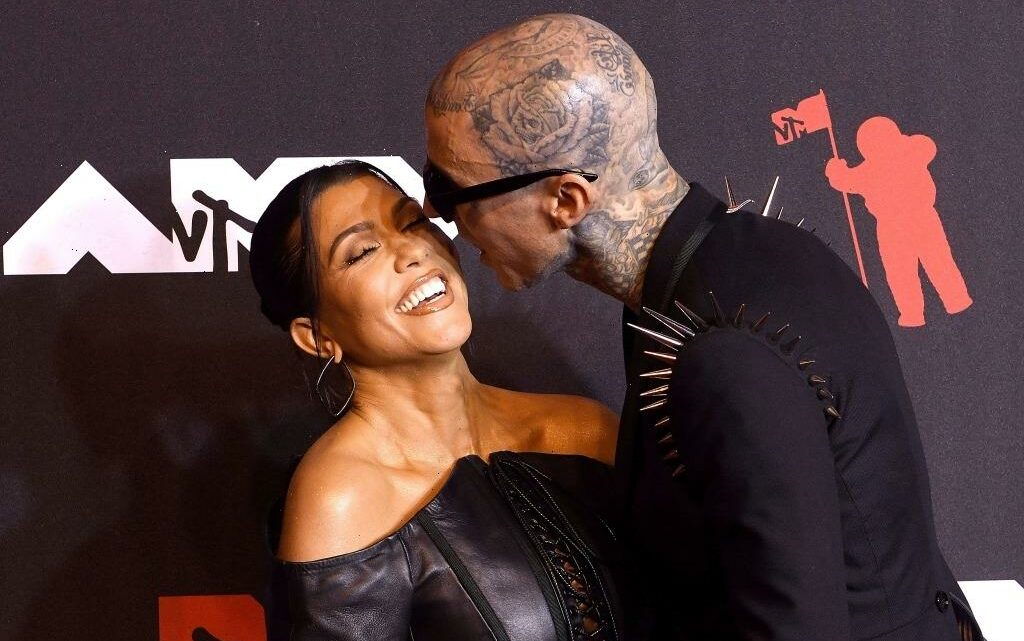 Travis Barker is dropping major hints about his next collaboration with Kourtney Kardashian — and it involves baby names.

For Halloween, the newly-engaged couple channeled outlaw newlyweds Clarence and Alabama Worley, played by Christian Slater and Patricia Arquette, from Barker’s favorite film, the 1993 hit True Romance. When Kardashian shared an Instagram photo of her costume, Travis replied with a comment that read, “Our son’s name would be Elvis” making fans speculate over whether Kardashian is pregnant.

Now, we all know the internet has been glutted with pregnancy rumors since this summer, which Kardashian has squashed — in August, when a fan commented, “She’s pregnant” on a photo posted by the reality star, she responded, “I’m a woman with a BODY.”

And it doesn’t help that “sources” have told the media that Kardashian would jump at the chance to expand her family with Barker. “They will have a baby together without any doubt, it’s just a matter of when and how,” one told Us Weekly last month. “Ideally, Kourtney would like a natural birth. She’s confident it won’t be a problem because she’s always been lucky to conceive naturally and has taken great care of herself physically. … Certainly though, she and Travis want to bring their own child into the picture, and if she can’t conceive, they’ll look at other alternatives.”

While fans of the Kardashian-Jenner clan seem to be pretty astute at figuring out when one of their faves is pregnant (Kylie Jenner loyalists guessed she was pregnant weeks before her October announcement), the possibility of a little “Kravis” baby is unknown. We’ll stay tuned!

These gorgeous photos show moms who love their postpartum bodies.

Arthritis: Three of the ‘worst foods’ for causing inflammation – ‘you may want to avoid’

Who Wore It Better? Lizzo as a "Sleep Paralysis Demon" or Kim Kardashian at the Met Gala?
Recent Posts