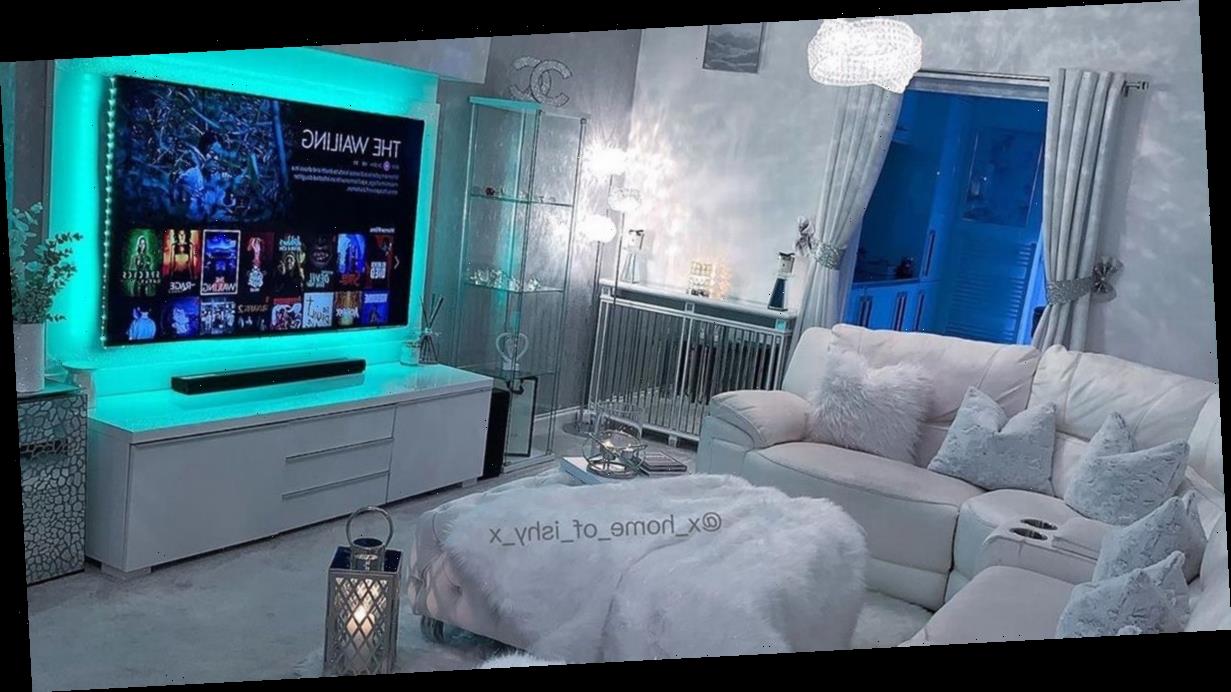 A mum claims that she had to defend her stylish interiors from trolls after they said the photographs were stolen because the house was too pristine.

The mum, from Huddersfield, has a Mrs Hinch style home which is decorated in white, silver and grey.

The house, which Ishy shares with her husband and three children, has gained the woman 106,000 followers on Instagram since 2017.

The immaculate snaps of her smart interiors are perfectly on-trend in 2020, mirroring the cleanfluencer Sophie Hinchcliffe’s.

The Sun reports that the home has plush grey carpets, a spa bath and backlit LED television.

Even the exterior garden of Ishy’s home is stunningly landscaped with grey decking, a pond, grey shed and swing chair.

Posting to the Facebook group “ Mrs Hinch Make Me Do It ”, Ishy said: “I just thought this needed to be said just to take the pressure off my heart.

“I get a lot of comments every time I post something telling me that my home is fake and [that] it’s not mine, just because it looks like a 'pristine show home'.”

Many critics have claimed the house could not be lived in because it was "too clean".

In response to common questions about how her interiors remain so sparklingly clean with three kids in the house, she said: “I get fingerprints on the glass, play dough is stuck on the carpet and there toys are all over place and my cats leave hairs.

“Just because you see a perfect picture of a room does not mean that the house is not a home.”

Ishy claimed that she was left “disheartened” by doubters questioning her authenticity “over and over again”.

She said: “I am proud of my home and how far we’ve come with it.

“I work in a special needs school… where I have spent so many hours with my back aching, and my partner works full time too, so please stop judging people.”

She also clarified that lots of companies “pinch” her photos so they may appear elsewhere online.

In places around her home you can see her name “Ishy” dotted around – including above her hob and on a pillow in the bedroom.

The signs serve as evidence that the photo's truly are Ishy's gorgeous home.

Ishy wrote: “This is 100% my home, where I have myself, my husband, my three kids and my seven cats.”

She asked the other members of the group to stop accusing her of faking the photos adding: “I am a very sensitive person and I do have feelings”.

Many members of the nearly 164,000 strong online group complimented the mum-of-three.

One wrote on a snap: “That is an absolutely beautiful lounge.”

A fan wrote: “Your home is like something out of a magazine – it’s beautiful.”

While other's noted that they had seen the house on other interiors pages and on Pinterest.

Many claimed they were "jealous" of her interiors while another said it looked “clean and fresh because of the colour scheme”.

One member offered her support against the trolls and said: “I love your house, ignore the negative comments.”

Ishy's photographs racked up hundreds of comments and thousands of likes in the online cleaning group.