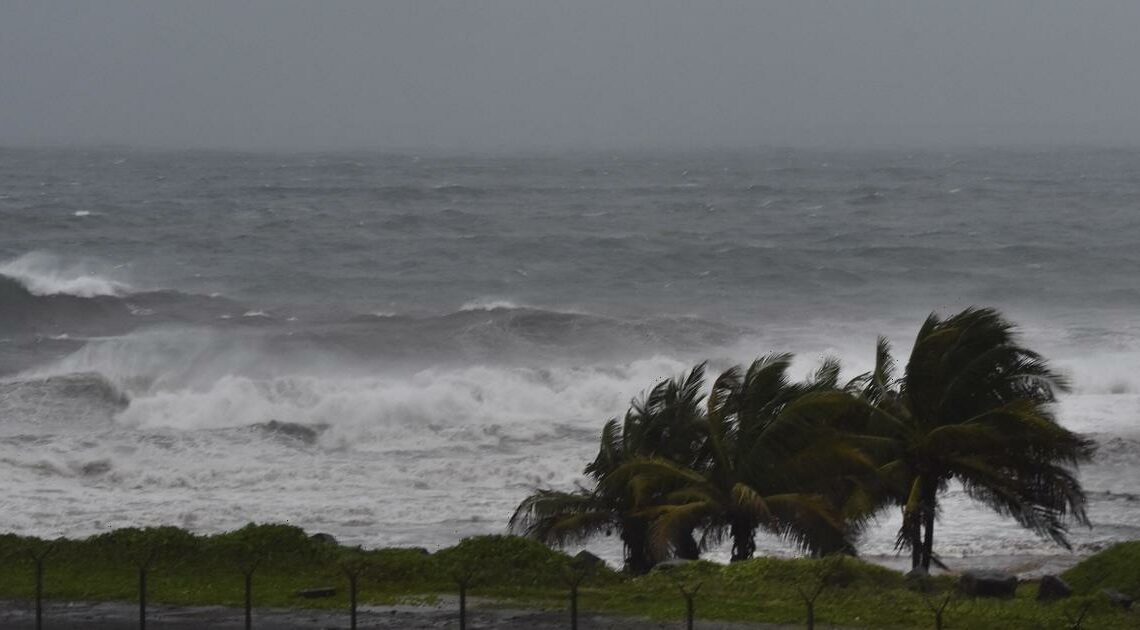 Tropical Storm Elsa is bearing down on Cuba, with the Miami-based National Hurricane Center predicting it would move over the eastern part of the island on Sunday evening and through the rest of the country on Monday. As of 5 p.m. ET Sunday, Elsa had maximum sustained winds of 60 mph and was located about 15 miles west of Cabo Cruz, Cuba.

A Tropical Storm Watch is now in effect as far north as the Tampa Bay area along Florida’s west coast. A Storm Surge Watch is in effect from Bonita Beach northward to the Suwanee River. More info: https://t.co/tW4KeFW0gB #Elsa pic.twitter.com/7eKYf74GLb

At least one death in St. Lucia has been attributed to the storm, according to the Caribbean Disaster Emergency Management Agency. According to a statement from the Emergency Operations Center given to The Associated Press, a 15-year-old boy and a 75-year-old woman died Saturday in separate events in the Dominican Republic after walls collapsed on them.

Elsa hit parts of the Caribbean as a Category 1 storm before it was downgraded on Saturday. A hurricane watch remained in effect for parts of Cuba. The Cuban government evacuated 180,000 people in preparation for the storm, according to The Associated Press.

Florida Governor Ron DeSantis has already declared a state of emergency in 15 counties, including Miami-Dade County, where search-and-rescue efforts at the collapsed condo building have been paused to prepare to demolish the building ahead of Elsa’s arrival.

Miami-Dade County Mayor Daniella Levine Cava said Sunday that the demolition of Surfside’s Champlain Towers South will move forward as soon as preparations are complete and it’s safe to do so.

According to a spokesperson for the town of Surfside, “Residents of the Champlain Towers East and Atlantic Rose Buildings will be required not to venture outside from 7 p.m. to 7 a.m. due to the pending demolition.”