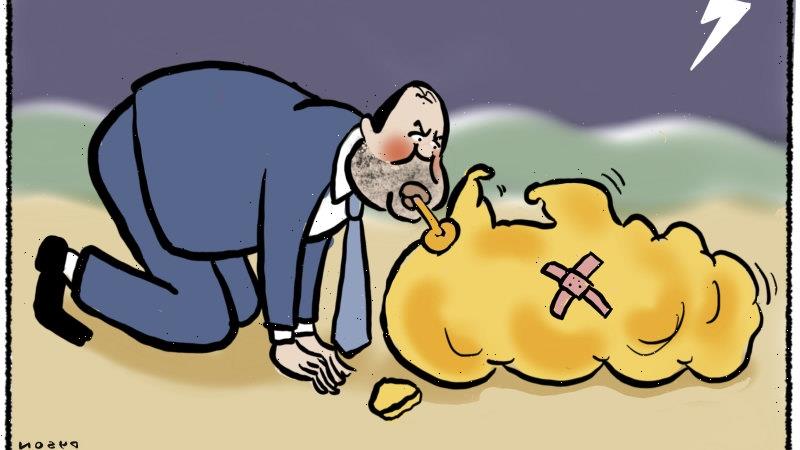 True vision required to set economy on the right path

This time a year ago, some members of the Morrison government would have been white-faced about what lay ahead. A global pandemic forced the government to close international borders, non-essential services were shut down and workers were told to stay home as part of early lockdown procedures. The government faced an unprecedented economic crisis. Jobs were at risk. Financial handouts were doled out to companies and sole traders alike, and the unemployed received a temporary and significant boost to their fortnightly payments. 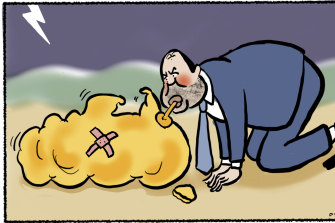 The cash injection was extraordinary in scale and it was essential. It kept the economy ticking over. It kept people employed and spending. But it also meant the alarm the Coalition had signalled for so many years – its mantra about “debt and deficit disasters” under Labor – was abandoned. Now, with less than two weeks to go before the government hands down the 2021-22 federal budget, Treasurer Josh Frydenberg is making the right noises about resetting the economy and, importantly, resetting the Morrison government’s philosophy on deficits, debt and unemployment levels.

Unemployment, which peaked at 7.5 per cent last July when Melbourne began its bleak four-month lockdown, is now tracking around 5.6 per cent. The effective unemployment rate is higher; it exceeded 13 per cent in July. Mr Frydenberg’s goal is to drive the unemployment rate down to a figure that has a four in front of it, a feat not achieved since 2008 before the global financial crisis upended confidence.

Creating jobs and locking in the economic recovery that is under way are vital to the nation’s longer-term economic growth. Increasing the pace of growth will be key in future years to servicing the interest, and ultimately repaying the principle, on government debt that has now soared beyond $820 billion.

To be clear, debt is expected to increase further under this Coalition government. That much was predicted last year. But the Reserve Bank has made it clear that for official interest rates to move higher, wage growth, which has languished for years, would need to increase significantly. And that will require higher rates of employment (higher participation rates and a lower unemployment rate) leading to a tighter market for labour.

Austerity at this point, in terms of cuts to government spending, would impair, if not cripple, economic recovery. What is needed is well-considered, clever spending on areas that desperately need it. Aged care falls into that category. Major reform of what has been a profit-spinner for private operators, but an expensive, bleak and sometimes horrifying experience for our nation’s elderly, is desperately needed. Also requiring urgent attention is women’s financial security. This should not be limited to childcare, but should also consider the huge wage disparities between the genders.

While wage disparities can arise because of interruptions to careers (to have children or care for elderly relatives), they also arise because women hold down many of the lesser-paid roles in our community, such as, for example, in aged care.

Mr Frydenberg says the budget will focus on skills, infrastructure, tax, energy, digital technology and deregulation. But if deregulation is code for cuts to workers’ rights, wages or working conditions, or if it entails scrapping environmental safeguards or standards, the government can expect significant blow back.

For years, the Coalition criticised Labor about driving up debt during the global financial crisis, while failing to recognise that Labor’s strategy helped keep us out of recession. There is a touch of hypocrisy now and the diminished emphasis on debt and deficits might not win favour with an ardent rump of conservatives inside the Coalition. But the shift is pragmatic and recognises a government’s fiscal strategies must be flexible both in a crisis and in the aftermath.

The nation has endured devastating and unexpected emergencies in the past 18 months: catastrophic bushfires, floods, storms and the pandemic. It is time now for ambitious but practical plans, genuine vision instead of shortcuts, that will set a strong economic path for years to come.

Note from the Editor

The Age’s editor Gay Alcorn writes an exclusive newsletter for subscribers on the week’s most important stories and issues. Sign up here to receive it every Friday.