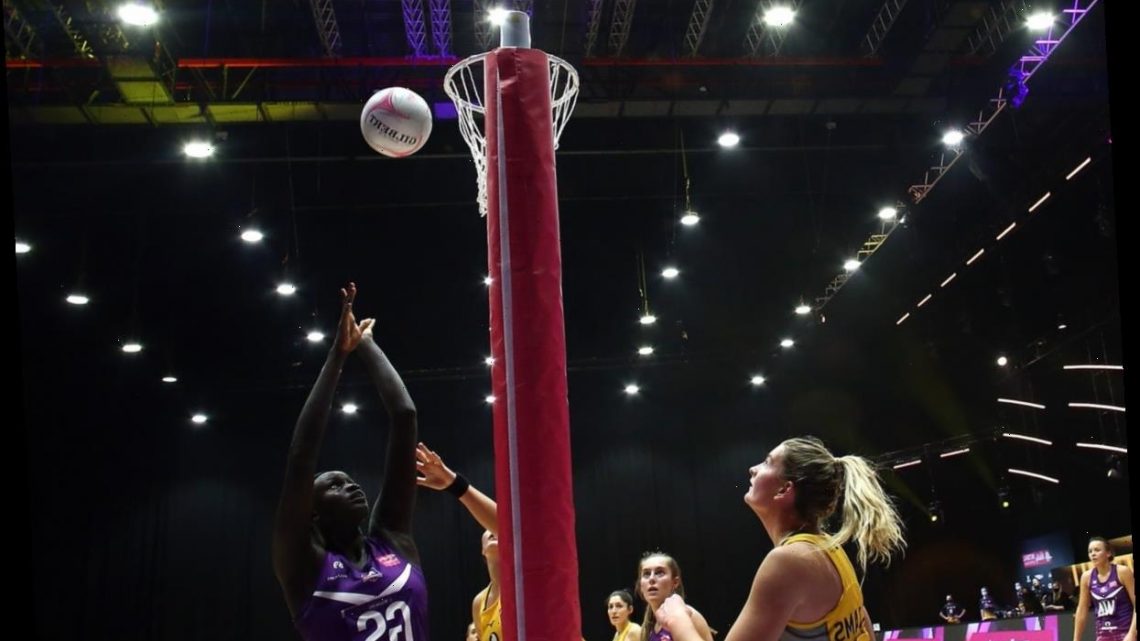 It was another thrilling round in the Vitality Superleague

Manchester Thunder grabbed the bragging rights to emerge victorious 48-41 in a War of the Roses clash against Leeds Rhinos to headline a thrilling round in the 2021 Vitality Netball Superleague.

The reigning champions showed their class with a late surge to fend off their rivals after being tied up at 33-33 heading into the final 12 minutes of the round eight contest.

Team Bath continued their fine start to the season to retain top spot and their unblemished record with a 51-29 win over London Pulse.

There was concern with Imogen Allison coming off injured in the first minute of the game, but Bath were unflustered and entered the half with a 27-8 lead.

And while their second half was not as dominant as the first, Bath proved their title credentials with an impressive scoreline.

Player of the match Layla Guscoth, who ruptured her Achilles during the 2019 World Cup said: “It’s a long journey back from injury and I haven’t quite felt like myself over the past 12 to 18 months.

“But over the past few weeks I’ve started to feel like I did before. It helps playing with all those guys, it’s such a solid squad and everyone gets on really well.”

The defender recorded ten turnovers, seven interceptions and six deflections in their game against Pulse.

She added: “It was a tough game today, one of those ones where we came off at half-time and didn’t feel like the score reflected the match.

“It was a feisty encounter, and we were happy to keep Pulse to eight goals in the first half, but it certainly wasn’t easy.”

Sirens enjoyed a positive start, being brave in attack and tight in defence, taking their turnovers to goal, but the arrival of Jaz Odeogberin in the defence end for Lightning had a significant impact.

Lightning settled in attack, maintained a narrow lead and held their nerve to see out the win.

Loughborough head coach Sara Bayman told Sky Sports: “For most of the game I felt like we looked terrified of losing and that’s not how we want to play the game.

“It’s a win but it doesn’t feel like a win – we didn’t attack the game and we didn’t do what we talked about.”

To round off an action-packed Sunday Wasps came out on top 52-38 against a Celtic Dragons side who are still on the hunt for their first win of the campaign.

Dragons had the advantage after the first 12 minutes and Wasps were not able to take the lead until four minutes before the midway point.

A more confident looking Dragons team continued to frustrate Wasps but ultimately mistakes cost the Welsh side and allowed Wasps to extend their lead and come out with a win.

Leeds Rhinos were involved in another thriller against London Pulse on Monday night, this time coming out with the three points to secure their fifth win of the season, winning 40-38.

Despite a slow start from Rhinos, Dan Ryan’s side stepped up in key moments throughout the game to capitalise on turnovers. The introduction of Tuaine Keenan at goalkeeper for Rhinos had a significant impact after they lost the first quarter 15-9.

The new franchise didn’t take the lead until the opening moment of the third quarter, but they were able to hold on to the narrow advantage as Pulse continued to make crucial interceptions.

There was nothing to separate the sides after the first 12 minutes as Stars capitalised on Mavericks’ mistakes, but excellent defensive displays from Razia Quashie and Jo Trip in the circle meant the London side were able to take the lead.

A 19-10 final quarter sealed the deal for Mavericks after another even third period, making the scoreline look more comfortable than it was.

Round 9 starts on April 4 as Manchester Thunder take on Loughborough Lightning. Severn Stars look for a second win against the only team who still are without a win, Celtic Dragons. London Pulse play against Wasps for the third game of the afternoon, before Saracens Mavericks take on Team Bath.

The Action continues a day later as tenth-placed Severn Stars play against ninth-placed London Pulse, and Saracens Mavericks have another tough game against Manchester Thunder.