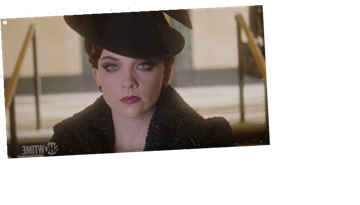 In today’s TV news roundup, Showtime released a trailer for “Penny Dreadful: City of Angels,” and WWE Hall of Famer Steve “Stone Cold” Austin will appear live on “Raw” on the USA Network.

Steve “Stone Cold” Austin will appear live on “Raw” March 16 on the USA Network. The WWE Hall of Famer is helping the WWE Universe celebrate #316Day, a reference to his memorable catchphrase “Austin 3:16 says I just whipped your a–!” Additionally, WWE Network will stream a marathon of Austin’s programming, including an all-new episode of “Steve Austin’s Broken Skull Sessions,” featuring an in-depth interview with WWE Hall of Famer Bret “Hitman” Hart, where the two will discuss their historic rivalry.

Netflix released the trailer of “Unorthodox,” a new limited series. The four-episode series follows the story of a young woman, Esther “Esty” (Shira Haas), from Williamsburg, Brooklyn who breaks away from her arranged marriage and the strict rules of the Hasidic community. She travels to Berlin and discovers a new world, but the past soon catches up to her. The show is inspired by Deborah Feldman’s international bestselling memoir “Unorthodox-The Scandalous Rejection of My Hasidic Roots” and is created by Anna Winger and Alexa Karolinski, directed by Maria Schrader, and stars Haas, Jeff Wilbusch and Amit Rahav.

The official trailer of “Penny Dreadful: City of Angels” was released by Showtime. The network calls the series a “spiritual descendant” of the original “Penny Dreadful” story. It begins in 1938 Los Angeles, a time and place with infused social and political tension. After a murder shocks the city, Detective Tiago Vega (Daniel Zovatto) and his partner Lewis Michener (Nathan Lane) become entangled in a story that reflects the rich history of Los Angeles. Before long, Tiago and his family are grappling with forces that threaten to tear them apart. Sam Mendes and Pippa Harris, both of Neal Street Productions, and Michael Aguilar, serve as executive producers along with John Logan, who also is the creator and writer. James Bagley serves as co-executive producer of the show. “Penny Dreadful: City of Angels” premieres April 26 at 10 p.m.