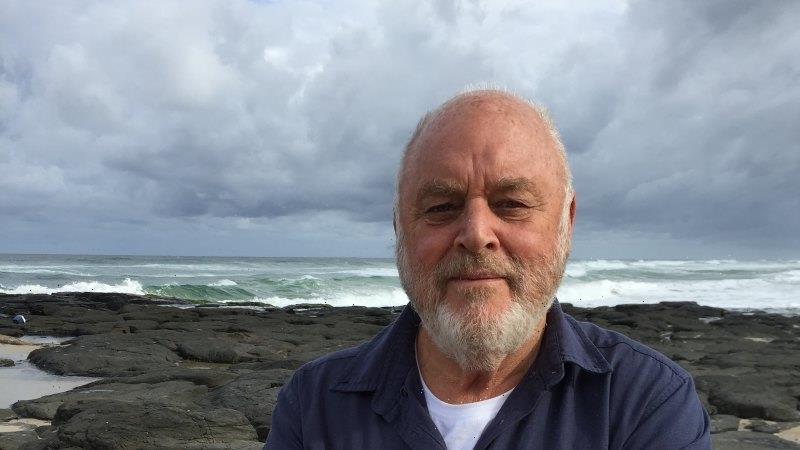 At the age of 10, he stood about 1.2 metres tall and weighed only a smidge over 25 kilograms. But that didn’t deter him – he was one of Australia’s first international sporting champions. Johnny Day was a star at “pedestrianism”, the competitive sport of long-distance walking that was popular in Commonwealth countries and the US in much of the 19th century.

Now he is the subject of Robert Drewe’s forthcoming novel for which the award-winning author has been awarded one of the Copyright Agency’s two annual $80,000 fellowships.

The other fellowship has been given to the versatile Anna Krien, writer of fiction and poetry but best known for her scrutinising non-fiction and journalism. She will be using the money to fund The Long Goodbye: Australia’s Great Barrier Reef. 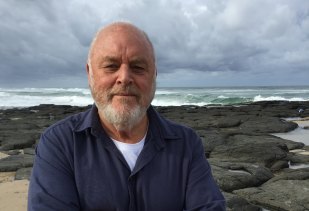 Robert Drewe was intrigued by the story of Johnny Day, a champion of ‘pedestrianism’.Credit:Tracy Drewe

Drewe first encountered his subject five years ago when he was shown the appropriately tiny image of Day in the National Library of Australia that had a caption describing him as “the pedestrian wonder, and champion of the world”. Drewe was intrigued.

“Even disregarding the hyperbole, he was clearly Australia’s first sporting hero and possibly the world’s youngest-ever champion of anything. And the thing he was champion of was also interesting. I liked the sound of pedestrianism – you have the image of people crossing Collins Street, walking against the traffic lights.”

By the age of nine, Day had racked up more than 100 wins in pedestrianism, many of them in Britain or the US, where he accumulated most of his winnings.

“I’ve tried to work out how much money he would have won in today’s terms. In three years, he made £30,000, which in today’s terms is $7 million. Pretty extraordinary; like basketballers or English soccer players.”

Drewe has researched Day in Ballarat, where he was born in 1856, and Melbourne, but discovered there’s not much extant material about him. That surprises Drewe, as when Day was no longer a novelty and money spinner in his first sport, he became a jockey and in 1870 won the Melbourne Cup in record time on the aptly named Nimblefoot, which will be the title of his book.

“Then he disappeared from sight,” Drewe says. “I thought this was pretty strange that the famous walker and rider had left no cultural footprint, so I decided to make it up. I was given no choice, I decided to make up a life for him thereafter.”

Drewe has written novels, short stories, memoir and non-fiction. Nimblefoot will be the eighth of his novels, which include the multi award-winning The Drowner and, most recently, Whipbird.

Krien’s book about the reef springs from her Quarterly Essay of the same name, and the grant will allow her extensive visits for research. “It’s a relief, to tell you the truth,” she said. “I’m used to doing journalism on the smell of an oily rag.” Her previous books include Night Games and a first novel, Act of Grace, that was longlisted for the Miles Franklin. 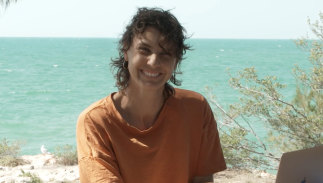 Anna Krien says the reef’s distress signal needs to be understood and evaluated.Credit:

She is aiming to achieve two things with her project: “I want to write something that’s compelling but also quite plain in the sense of being able to cut through a lot of the noise around the reef, to lay down the arguments that people are tossing around. Is it in danger or is doing just fine? To have a place where people can go and read through those issues and feel like they have a good understanding.

“At the same time, I also want to cut through the noise of even those arguments, just focusing on the reef itself. It has a deep, deep history, and I’ll be exploring that as well.”

Krien is based in Darwinand says it’s pretty obvious the reef is in distress.

“I think that distress signal needs to be understood and evaluated and taken onboard,” she said. “I would like the book to look at that sense of the reef as physical and real and that it’s absolutely necessary and important as an ecosystem and for communities. It’s also a symbol, a symbol for what is happening everywhere, and it’s one of those rare symbols that is making us pay attention.”

Krien said no one had been surprised by the recent suggestion from the UN’s World Heritage Report that the reef could be officially listed as in danger, and she was critical of the government’s campaign to thwart that.

“It felt really negligent to try to turn that into something about China and hostilities as opposed to genuinely applying what we already know to the situation and the health of the Great Barrier Reef.”

Copyright Agency CEO Adam Suckling said the aim of the fellowships was to “support our seasoned writers to create new and groundbreaking work on important topics that enrich our lives and contribute to Australia’s literary landscape by tapping into uniquely Australian narratives and new perspectives on Australian life”.

The Booklist is a weekly newsletter for book lovers from books editor Jason Steger. Get it delivered every Friday.