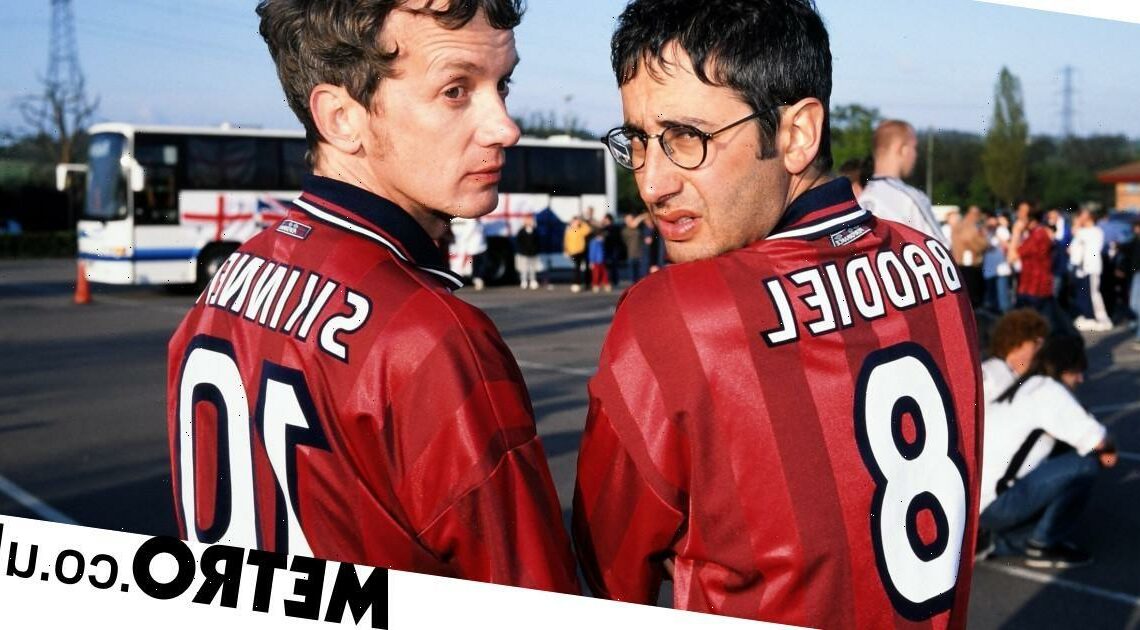 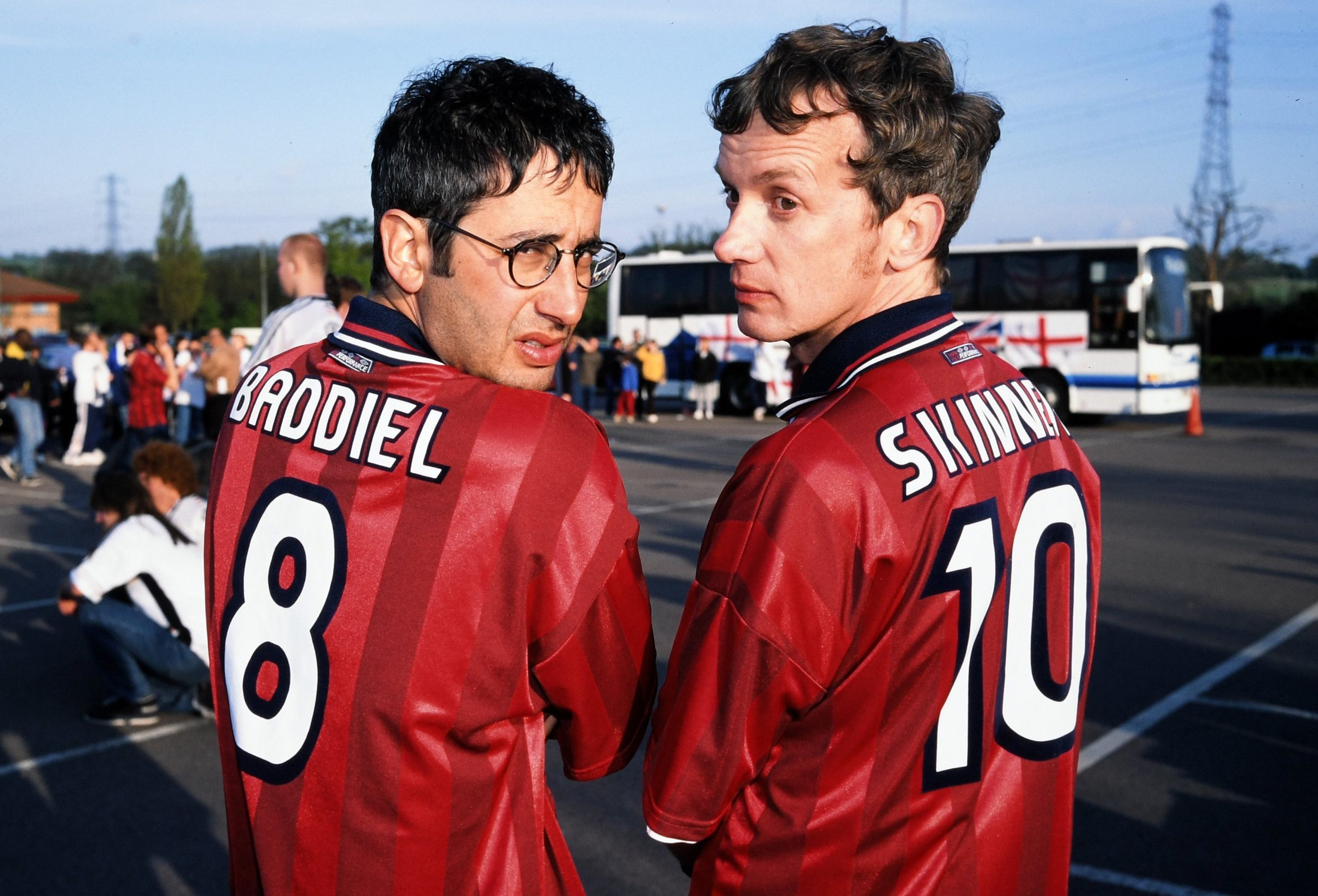 David Baddiel, Frank Skinner and Lightning Seeds could have sung Three Lions (It’s Coming Home) ahead of tomorrow’s Euro 2020 final – but the idea was vetoed by UEFA.

The 1996 Euros anthem has experienced yet another resurgence after England made it to the final of Euro 2020, their first major final in 55 years, with the track re-entering the UK top five this week.

Baddiel, Skinner and Ian Broudie of the Lightning Seeds appeared on Friday night’s The Last Leg Euros special to perform their timeless football anthem, and Skinner revealed that UEFA nixed the suggestion that they perform in Wembley Stadium as it would be too unfair on visiting opponents Italy.

The 64-year-old comedian said: ‘There was a suggestion that we sang it on the pitch before the final on Sunday, and UEFA said it was too partisan and not fair on the Italians to have that.

‘In the opening game, which was Italy against Turkey, Andrea Bocelli sang Nessun dorma before the game!’

In fairness to UEFA, aria Nessun dorma is a bit of a staple of football tournaments, having been performed at the 1990, 1994, 1998 and 2002 World Cups, and it doesn’t namecheck any Italian footballers – unlike Three Lions, which is an ode to the 1966 England team and praises Bobby Moore, Gary Lineker, Bobby Charlton and Nobby Stiles.

Regardless of the result, we reckon streams of Three Lions will reach breaking point this Sunday, as England take on Italy for the title.

As of Friday, there were six football anthems in the top 100, with Three Lions sitting at number four.

Fat Les’s Vindaloo entered at 36, with Sweet Caroline by Neil Diamond at number 48 and the 2021 official England song Ole (We Are England) by Krept & Konan, S1lva and M1llionz at number 59.

Carol Vorderman, 60, flaunts tiny waist as she calls out fans for moaning at her
Recent Posts