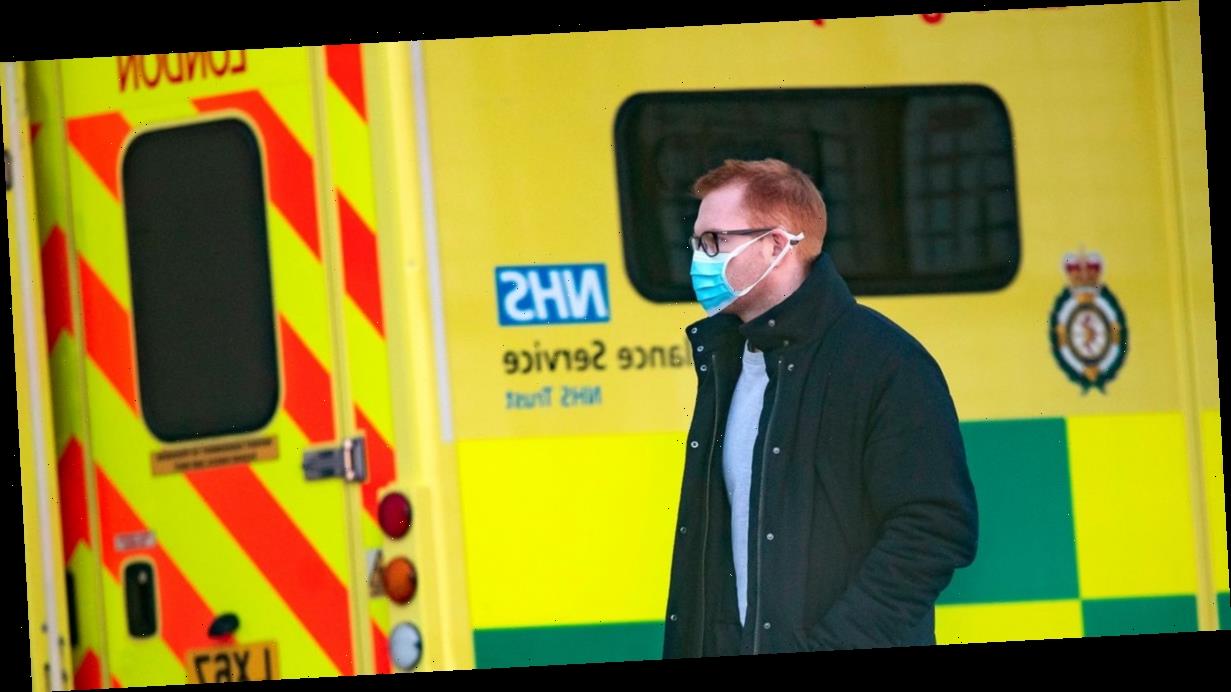 Britain's coronavirus total has soared to 206 cases after 42 more people tested positive for the killer bug.

The most recent infections include five people in Scotland, a patient in Cornwall, a student in Leicestershire and a grandfather in his 80s who became the second patient to die.

The man had recently returned from a cruise in the Caribbean and had been "coughing excessively" while he was being treated alongside other sick patients at Milton Keynes University Hospital in Buckinghamshire, it was reported.

The man was admitted on Tuesday and is said to have had several visitors before he was put in isolation.

Have you been affected by the coronavirus outbreak? Email webnews@mirror.co.uk.

A source told the Milton Keynes Citizen: “He was coughing excessively and another patient in the ward had complained to a nurse that should be checking him for coronavirus.

“The nurse told him not to worry about it and that he is being dealt with.”

His family were told on Thursday evening that he had coronavirus, also known as Covid-19, and they should self-isolate, and about an hour later they were told he had died.

On Thursday evening, a woman in her 70s became the first person in the UK to die. She had been admitted to the Royal Berkshire Hospital in Reading.

The UK's outbreak could peak at Easter and last for six months, warned Dr Peter Piot, a microbiologist who helped to discover Ebola.

He believes thousands of people in Britain are carrying the virus and the worst could come next month.

He told The Times that it could make a return next winter.

More than 100 people may have been exposed to coronavirus after a carrier tested positive following a visit to a clinic at Liverpool's Broadgreen Hospital on Tuesday.

And Public Health England is contacting people who had close contact with a Loughborough University student in Leicesterhire who contracted the bug.

Concerns have been raised after two British Airways baggage handlers at Heathrow Airport were diagnosed.

Heathrow Airport said it was following advice from Public Health England in order to contain the spread of the virus.

In Glasgow, the Scotstoun sports campus was shut on Saturday after a rugby player contracted the disease.

About 140 Britons are trapped on the Grand Princess cruise ship near San Francisco, California, after 21 out of more than 3,500 people onboard tested positive for coronavirus.

The tests were carried out after passengers on a previous voyage tested positive, including a 71-year-old California man who died.

All passengers and crew will now be tested for Covid-19 and there are fears it could turn into a situation similar to that of the Diamond Princess, which suffered a massive outbreak onboard while in quarantine in Japan.

Neil and Victoria Hanlon, from Bridgwater, Somerset, told ITV News they had noticed some people looking very ill as long as a week ago.

Mr Hanlon said: "We have passed a few people on the ship about a week ago who did look seriously ill, they had masks and stuff on.

"We were in the lift with them which probably wasn't a good thing.

"They were going down to where the medical centre was. We asked them if they were okay – their breathing was horrendous."

In a separate interview, Mr Hanlon told Sky News they have not been tested yet and the captain – Briton John Harry Smith – has been annoyed over the lack of information he has to pass on to holidaymakers and crew, who were on a 15-day cruise from San Francisco to Hawaii and back.

Jackie Bissell, from Dartford in Kent, had booked the cruise with a friend as part of her 70th birthday celebrations.

She told Radio 4's Today programme: "You can't go out, you can just go out in the hall if someone taps the door. They put the food outside, drop your menus inside and that's about it.

"We're very comfortable and everything you need will be brought to you – eventually – and we are absolutely fine and the ship is fine."

In Vietnam, a 26-year-old woman tested positive after flying from London to Hanoi.

She flew from Hanoi to London on February 15 to visit family in the UK and three days later flew to Milan City in the Italian region of Lombardy, one of Italy’s red zones.

The woman flew back to London on February 20 and five days later flew to Paris to visit her sister.

She had a cough on February 29, but did not see a doctor, and on March 1 felt sore and tired as she boarded a flight from London to Hanoi.

A family member and a person who drove the woman have since tested positive for the virus.

In the UK, health experts had earlier warned that up to 80 per cent of Britons could become infected during a worse case scenario.

Of those, about one per cent may die.

Elderly Britons will be warned to confine themselves to their homes as the UK's outbreak worsens, it is reported.

People will be urged to visit their elderly relatives now before the Government introduces new "social distancing" policies to prevent the spread.

Ministers are expected to announce next week that all hope of stopping an epidemic has been lost as the country moves into the "delay" phase, the Telegraph reported.

Pensioners are likely to be told to avoid crowds and public gatherings and they could be asked to stay at home entirely.

The deputy chief medical officer, Jenny Harries, said that discussions about how to help older people are ongoing.

She told Sky News: "One of the important parts of that is not just about the recommendation or not to isolate, but actually ensuring that they have all of the supplies and care that they need."

The first stage of the Government's so-called "battle plan" was to contain the virus, but it is now moving into the "delay" phase amid fears the already overstretched NHS may be unable to cope.

This phase could include measures such as school closures, encouraging greater home working, and reducing the number of large-scale gatherings, if necessary.

It will likely include measures to protect the elderly and people with pre-existing medical conditions.

The mortality rate among people over 80 is 15 per cent.

The Premier League has discussed possibly banning fans aged over 70 from attending matches.

A British couple diagnosed with coronavirus on the Diamond Princess cruise ship remain unable to return to the UK after their latest test came back positive.

David and Sally Abel were taken from the cruise liner after spending almost two weeks in quarantine in their cabin.

They have been recovering in a Japanese hospital after they were diagnosed with both the virus and pneumonia.

In order to leave the hospital, both need three negative test results.

Both had been tested twice previously – and the result had been negative – but during the most recent and final test Mr Abel’s response came back positive.

Mr Abel, who has been filming a YouTube video diary of his experiences, said: "Sally is now negative but is staying in Japan. Sally is now totally all clear, good to return to the UK. But she won't because I have had a positive. This is what happens.

"I have now got to go back to square one."

A passenger who became infected on the Diamond Princess died on Saturday, becoming the seventh fatality from the ship.

There were further examples of panic buying in the UK and around the world on Saturday, even though Governments have said there is no need to stock up on things such as hand sanitiser, loo roll, paracetamol and food.

In Sydney, Australia, shocking video emerged showing women brawling in a row over loo roll at a supermarket.

A police chief likened the incident to a scene from Mad Max film franchise.

Prince William and Kate Middleton may have to cancel their planned trip to Australia due to the outbreak, it was reported.

In China, a five-storey hotel reportedly housing quarantined coronavirus patients collapsed in Quanzhou, leaving about 70 people trapped in the rubble.

At least 32 victims had been pulled out as rescuers raced against time to find others.

Medics warned Covid-19 is like a deadly combination of SARS and AIDS and could leave victims with irreversible lung damage.

The terrifying findings were reported by doctors in Wuhan, the epicentre of the outbreak which began in December.

Globally, there are now more than 103,000 cases, with the most in mainland China, South Korea, Iran and Italy.

Malta reported its first case on Saturday as France recorded its 11th death, infections soared to almost 700 in Germany and fatalities in Iran reached 145.