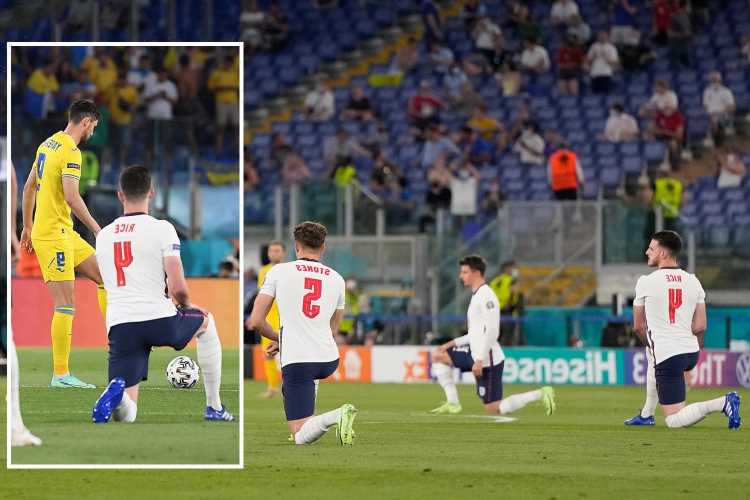 UKRAINE were forced to retake their kick-off after jumping the gun and getting the game underway as England players were taking a knee.

Tensions were running high at the Stadio Olimpico ahead of the crunch Euro 2020 quarter-final. 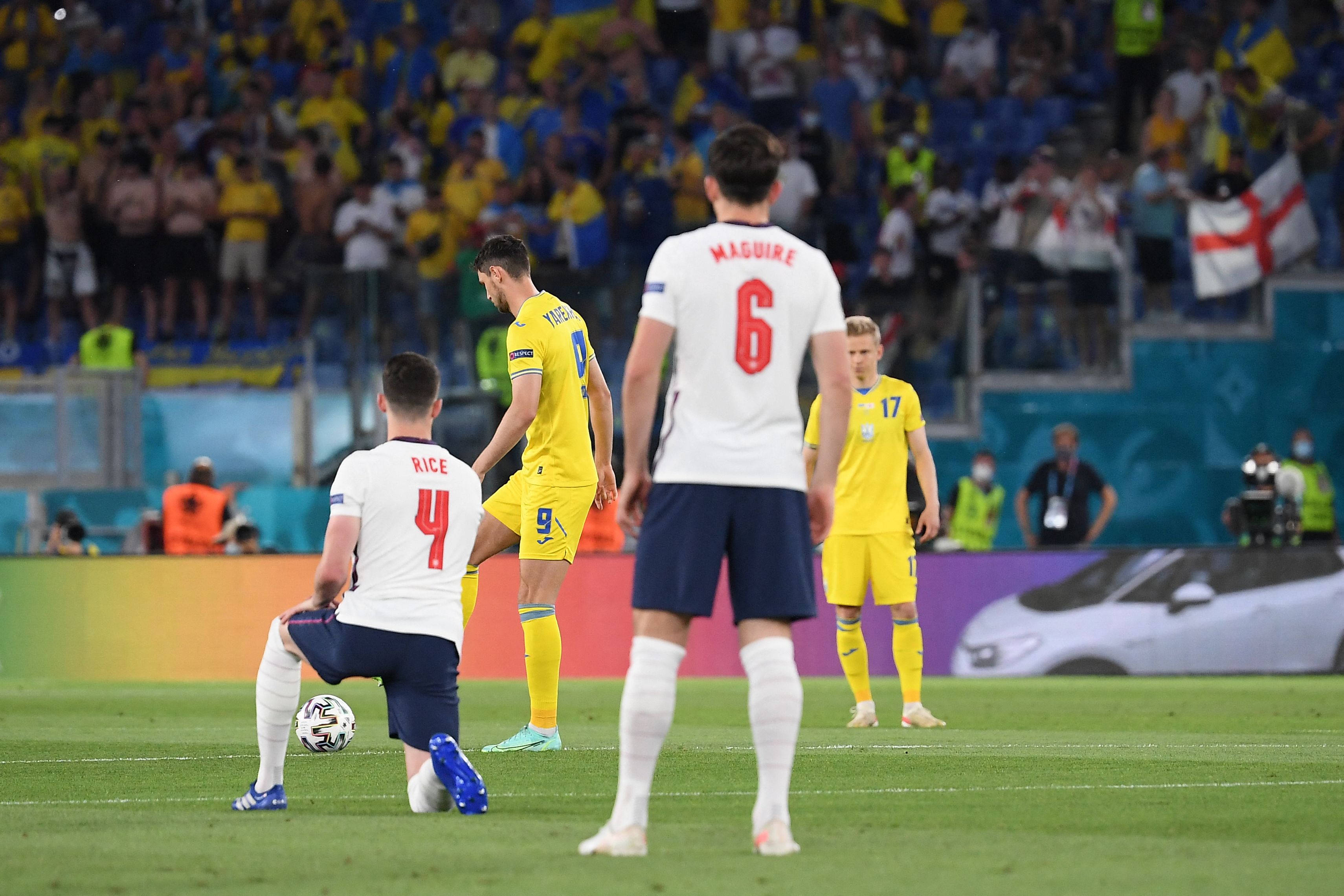 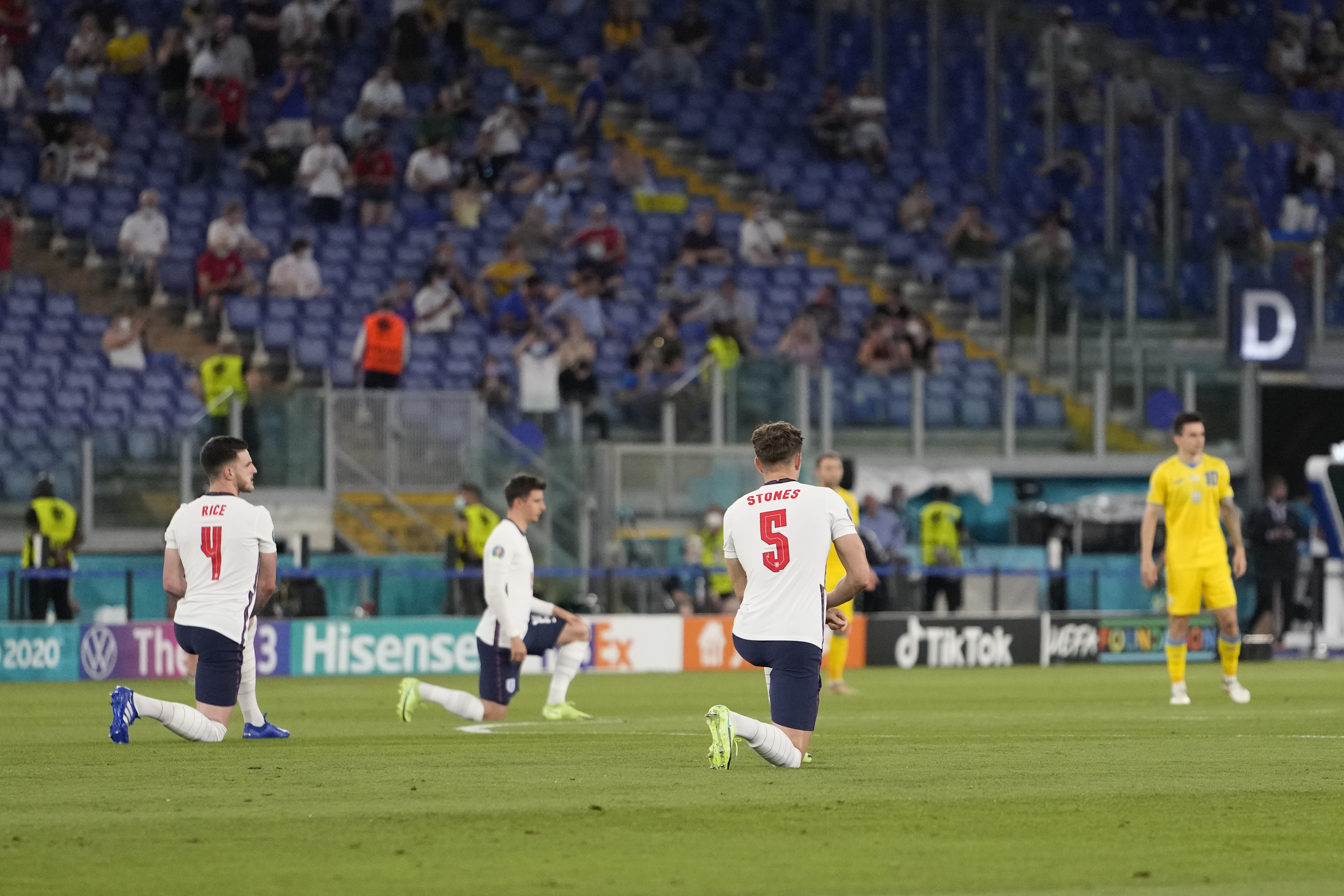 But Ukraine were a little too eager to get on with it.

With the national anthems belted out, the players lined up in their positions for kick-off.

The sound of the referee's first whistle was England's cue to take a knee in support of Black Lives Matter, as they have done all tournament.

But Ukraine missed the memo as they quickly took their kick-off as Harry Kane and Co were still down taking a knee.

Referee Felix Brych was quick to catch on though and ordered the ball be returned to the centre circle.

The game erupted into life moments later, though.

Kane gave England the lead in just the fourth minute as he stabbed home a perfect through ball from red-hot Raheem Sterling.

The Tottenham striker copoped plenty of flak for his goalless group stage.

But the Three Lions skipper has delivered when it matters, scoring in the last 16 win over Germany before his Ukraine strike.

The goal in Rome is England's earliest Euros goal in 17 years, since Michael Owen's third-minute effort against Portugal at Euro 2004.

Gareth Southgate and Co know victory against Ukraine would see them go up against Denmark in the semi-finals back at Wembley on Wednesday night.

The Danes continued their remarkable comeback following a slow start to the tournament with a 2-1 quarter-final win over Czech Republic.