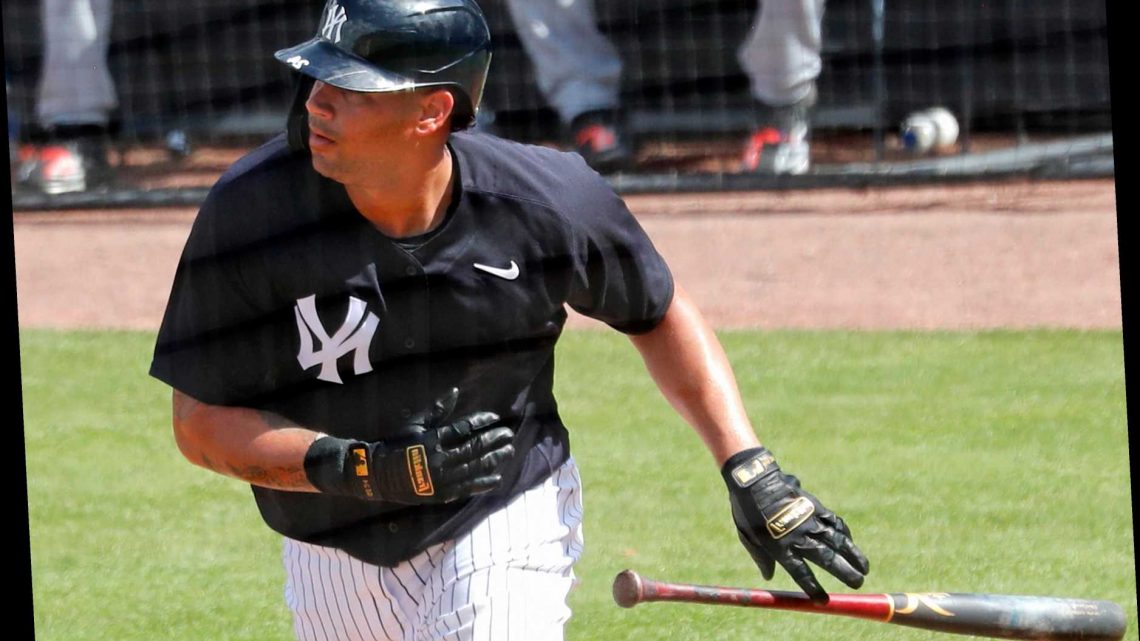 TAMPA — Kyle Higashioka hasn’t had the spring he wanted, but there’s at least one aspect of the early going he has been pleased about: the play of Gary Sanchez.

“I think he’s been unbelievable,’’ Higashioka said Saturday of his fellow catcher.

Higashioka last year went from Sanchez’s backup to Gerrit Cole’s personal catcher to the Yankees’ starting catcher in the postseason over the final month of the regular season and into the playoffs.

But the Yankees are a better team when Sanchez plays the way he’s capable of playing and Higashioka fills in — and Higashioka clearly understands that.

Sanchez started behind the plate again in Saturday’s 7-5 win over the Pirates at Steinbrenner Field.

Coming off his well-chronicled horror show of a 2020 season, Sanchez allayed some of the Yankees’ fears by getting off to an excellent start to spring training. He went hitless Friday against the Tigers in Lakeland, Fla., and then hitless in a pair of at-bats Saturday, but he still managed to impress new teammate Darren O’Day, who pitched the top of the seventh.

“Gary’s a pro and wants to be the best he can be,’’ the side-armer said. “Gary is working. … He asked to catch me today, which I appreciated. I wanted to throw to him again.”

The pairing paid off, with O’Day pointing to an at-bat in which he and Sanchez made an adjustment on a particular pitch.

“We saw one hitter move his feet away from the plate to try to catch up to the fastball and Gary made the right call and threw another slider,’’ O’Day said. “The more we work together, the more we’re kind of dancing together.”

Sanchez told O’Day he never has caught a side-armer, which seemed logical to the 38-year-old reliever.

“It makes sense because the Yankees don’t draft and develop sidearm guys,’’ O’Day said. “They draft guys that throw 100 [mph].”

With Sanchez behind the plate, O’Day allowed a leadoff homer to Bryan Reynolds, but struck out the next three batters — including Tony Wolters with a pitch that ended up hitting Wolters on the thigh.

There’s also the other side of Sanchez’s game. He has hit three homers this spring and has appeared to be better at dealing with fastballs than he was a year ago.

Even in his first plate appearance on Saturday, which came in the bottom of the second and resulted in a routine grounder to short, Sanchez worked a nine-pitch at-bat against Pittsburgh right-hander JT Brubaker.

Brett Gardner followed with an infield single and DJ LeMahieu then hit a three-run opposite field homer.

Higashioka is pulling for Sanchez, who hit seventh in the lineup Saturday, to regain the form he had earlier in his career.

“It’s really good to see him swinging the bat well again,’’ Higashioka said. “Last year was definitely tough for him — and everyone — because we all want to see him do well.”

A productive Sanchez would drastically change the Yankees’ lineup.

“You never like to see somebody struggle that has the ability to be a big-time impact player like he is,’’ Higashioka said. “I hope he continues that through the season.”

To Higashioka, at least some of it comes down to Sanchez returning to the mindset he had in 2018 and 2019. He said he has seen more of that from Sanchez so far this spring.

Asked if Sanchez seems more relaxed, Higashioka said he does.

“Especially when you’re playing well, it puts your mind at ease,’’ Higashioka said. “You know you have the confidence to perform when you go out there. It feels to me like he’s in a better place.”